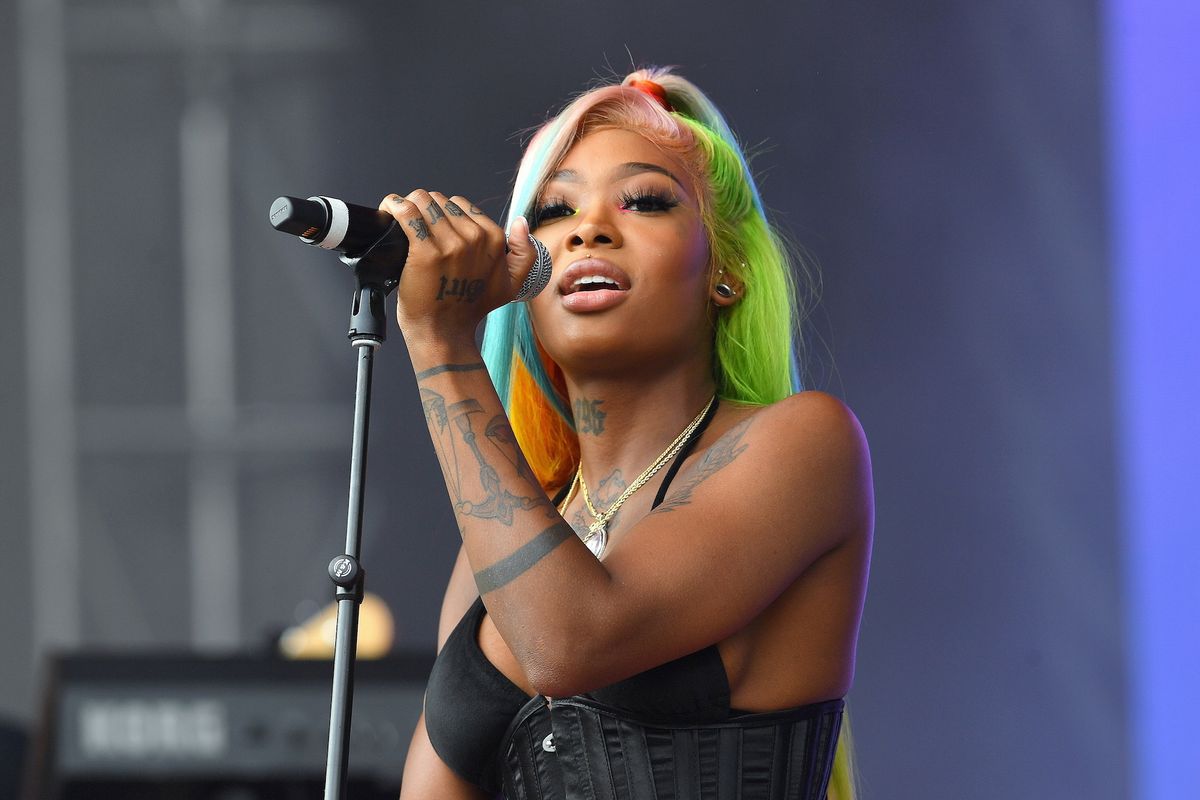 Summer Walker is under fire for perpetuating "racist" and "xenophobic" narratives in her recent post about the coronavirus.

Earlier this week, Walker shared a video titled of people in China — where the outbreak originated — "spreading the coronavirus to the public" to her Instagram. She also wrote in the caption, "That's some trifling nasty ass shit."

However, as several commenters pointed out, the footage used in the video is two years old. Not only that, but many accused her of using her large platform to disseminate misinformation and anti-Asian xenophobia.

"I'm really disappointed," as one person wrote. "Spreading this kind of propaganda about the coronavirus/generalizing an entire ass group of people without any context perpetuates a cycle of unnecessary hate and ignorance."

i've been the biggest fan of summer walker for the longest time, but i'm really disappointed. spreading this kind of propaganda about the coronavirus/generalizing an entire ass group of people without any context perpetuates a cycle of unnecessary hate and ignorance. pic.twitter.com/MD8E4QN7qY

summer walker, whose hygiene got dragged recently for taking "cat baths", should be the last person to flap her mouth spewing xenophobia over the coronavirus

summer walker is just............. yall keep giving her pass after pass in the name of social anxiety when it’s really her unrelated shitty takes that are concerning af. the girl has no tact or decorum and gives no fucks.

Meanwhile, others argued that Walker had no problem using Asian aesthetics and anime culture in her work before "[turning] around and is racist to Asian people" to spread "fake ass news to fit her racist narrative."

I find it real funny how summer walker loves the whole anime girl aesthetic but turns around and is racist to asian people and spreads fake ass news to fit her racist narrative she’s a racist 🤡 pic.twitter.com/K6BEVsWpbq

I have no choice but to unstan Summer Walker. How can you use Asian aesthetics in your work but be a xenophobic little bitch to Asians and spread fake news on your large ass platform? pic.twitter.com/EtZHvgDskU

Unfortunately, Walker doubled down on her post by responding to fans with comments like, "all I saw was some nasty shit period, idgaf if my mama did that shit, it's fucking nasty."

why is she such an ass pic.twitter.com/ZVKuhgFRiL

Summer Walker claims to be such a strong empath that hugging her fans is emotionally draining because she can feel their inner turmoil but somehow can’t understand how her clearly xenophobic posts about coronavirus can be hurtful to an entire racial group?? Yeah okay.

And though Walker deleted the video following the backlash, she also decided to follow-up with a series of Instagram stories defending herself.

"Lol people so dumb, talking about I'm racist and that video was from a long time ago," she wrote. "It don't matter if it was from 20 years ago, bottom line that shit nasty & IDGAF if a black white yellow or green person did that shit, it's still nasty." She also wrote, "& why I ain't here about none of this 'xenophobic shit' when mf's had ebola? LOL."

Walker has since deleted her entire account. See screenshots of her response, below.

funny how summer walker’s social anxiety been REAL quiet ever since the racist and xenophobic side of her jumped out. i’m just tryna get some good r&b music from her but her dumbass still ain’t tired from running her mouth 😭😭😭 cancelled. pic.twitter.com/YEKa2QrhSV