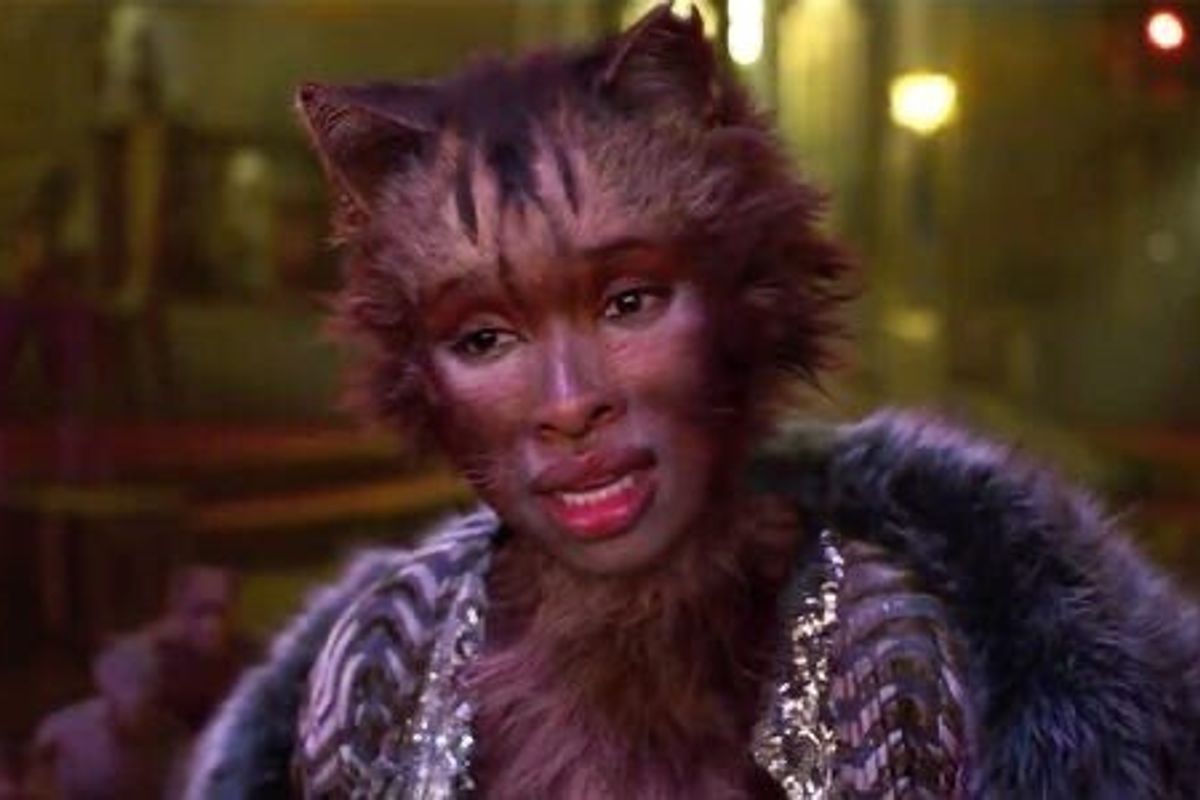 The World Is in Shambles, Watch Cats Online

Because we all desperately need this, Cats is streaming right meow, so far on iTunes, Amazon and Vudu.

Who isn't in this thing? Beyoncé. Though she recently played Nala in the Lion King remake and made a whole album about it, one can't help but wonder if she would've also found a way to be in Cats if approached.

It's worth pointing out that this all began 38 years ago, when famed composer Andrew Lloyd Webber found inspiration in a book of poems by T.S. Eliot.

Why on earth would you watch this while cooped up indoors? If you're fascinated by trainwrecks, this is the film for you. Upon debuting just last December, Cats received a pretty dismal "20% Rotten" rating on Rotten Tomatoes. Nearly every top critic suggested that a movie based on a legendarily nonsensical Broadway play should've never happened.

The Hollywood Reporter finds it "exhausting," Variety calls it a "half-digested hairball of a movie," and Rolling Stone's Peter Travers writes, "Cats shouldn't happen to a dog."

But I love Camp and I love mess and I know I'm hardly alone. Unforgettable depictions of half-furry cat-people engaging in PG-approved "sex" scenes, tap-dancing cockroaches, Hudson singing the hell out of Grizabella the Glamour Cat's "Memory," and Swift somehow stealing the whole show with a brief cameo? Obsessed.

The whole thing is almost two hours, which is perhaps a crazy way to pass the time, but it sure beats looking at COVID-19 updates for all eternity.