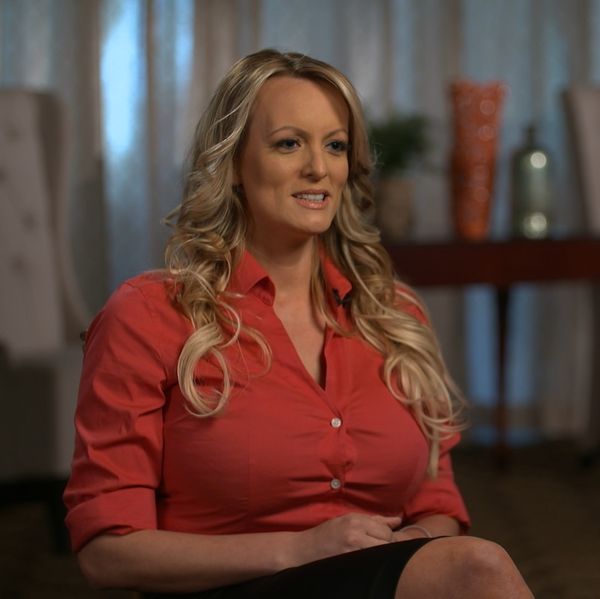 I am so here for this: Stormy Daniels, ex-porn star, but more important, truth-telling inspiration and instant icon, has a new interview coming out with Penthouse (!!!!) on May 8. It's not just an interview, but the cover story (again: !!!!). (It's also a full-circle moment because according to Penthouse's CEO and owner Kelly Holland, Daniels was once a Penthouse Pet in 2007).

In addition to her recent 60 Minutes interview and an appearance on The View, this interview marks the latest stop along Daniels' press tour that may or may not help save democracy as we know it.

As The Daily Beast reports, close Penthouse sources reveal that Daniels spills all the tea — including NSFW details left out of her 60 Minutes spot about her alleged 2011 affair with 45. (Not that we necessarily need more visual imagery of exactly what went down, but anything that helps the reign of terror end is probably okay).

The report sees Daniels also going into further detail about the allegation that someone connected to 45 and his lawyer/professional fixer Michael Cohen threatened her. Mind you, she is currently embroiled in a defamation case against the pair, but says: "I don't have shame. You can't bully me."

Literally putting her money where her mouth is, She-Who-Shall-Not-Be-Silenced also apparently declares that she will donate $130,000 to Planned Parenthood in Trump's and Cohen's names, should she win her case, which is of course major.

Say what you like about Stormy Daniels, but hell hath no fury like a woman armed with her truth. Cheers!