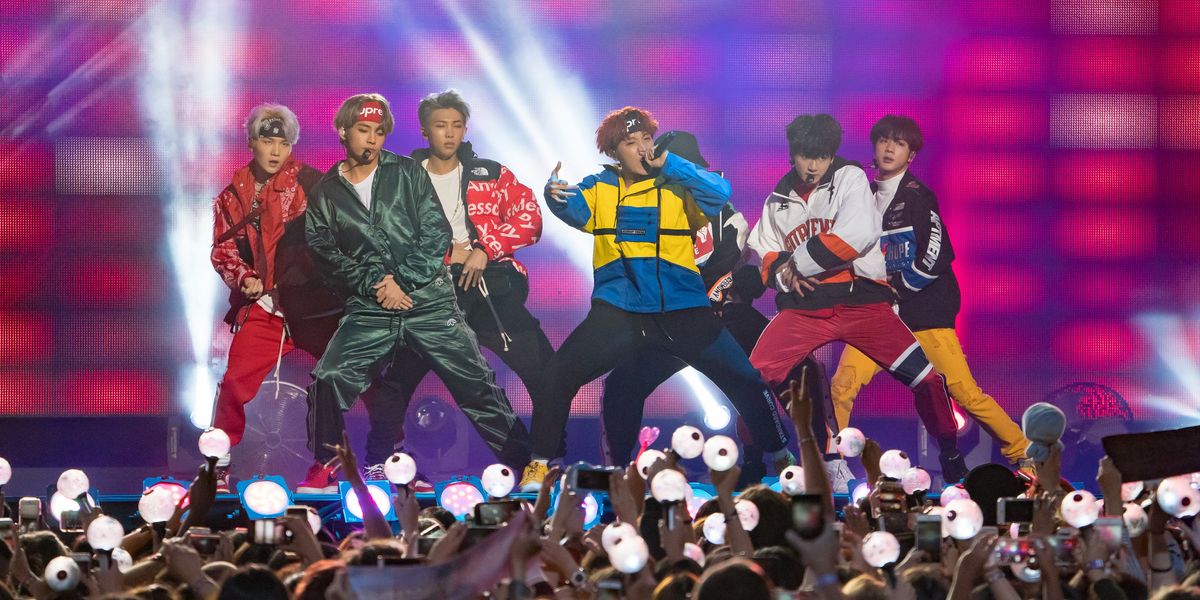 What's the difference between the two K-pop songs "Gangnam Style" and "MIC Drop"?

One provided audiences with an Asian caricature to jest at, while the latter is genuinely appreciated by fans from South Korea and abroad — the latter being BTS. Debuting in 2013, with seven total members, BTS is a South Korean boy band that's attained international success both at home, but also in China, Japan, and most recently, the United States. Maybe you'll remember them as the first K-Pop band to ever perform at the American Music Awards last year, and the first Korean group to ever win a Billboard Music Award. Yeah, that group.

Steve Aoki, of course, we don't need to introduce; he's the founder of Dim Mak records, mastermind behind the viral sensation "Selfie," and world-renowned DJ whose songs have climbed the Billboard charts countless times. Naturally when Aoki remixed BTS' hit song "MIC Drop" in November 2017, it quickly become one of the most-talked-about K-pop American music crossovers in contemporary history, racking up a total up 139,834,858 views (and counting). That's why when Aoki recently confirmed a collaboration with BTS, both fans in America and Asia blew up on Twitter.

K-Pop and American crossovers aren't unheard of, but they rarely garner the attention that this collaboration has. Even though plenty of fangirls and fanboys are scattered throughout the States, and events like KCON are happening in NYC and Los Angeles, you still only hear K-pop largely played at restaurants in Koreatown or the occasional "Asian Night" at clubs like RAGE in West Hollywood. But with the success of "MIC Drop," and BTS' uncanny knack for keeping the press' attention, perhaps a new wave of internationally collaborative music is at bay.

Theoretically, it could happen.

Reggaeton, a genre which originated in Puerto Rico. is no stranger to U.S artist collaborations — Grammy-nominated "Despacito" being 2017's best example. Luis Fonsi, Daddy Yankee, and Justin Bieber's club banger sold nearly 7 million tracks last year, sat on top of the charts for 16 weeks, and had more than 4 billion views on YouTube. Or when — though not American, but popular in the States — Charli XCX collaborated with Japanese pop-icon Kyary Pamyu Pamyu on their song "Crazy Crazy." It racked up 2.2 million views on YouTube. The pop industry is no longer limited to domestic distribution and production, especially in the States.

While the issue of language still exists, as most Americans still can't fluently understand or speak Korean, BTS' label CEO Bang Si-Hyuk told Billboard that "I'm not a believer in releasing full English songs to the U.S. market, like many K-pop artists have," instead simply focusing on producing the usual catchy hooks and beats that the genre is known for. With diversity in any industry comes diversity issues, like this past Grammy season where "Despacito" was snubbed of any awards and recognitions.

But ultimately with Steve Aoki, who is also of Asian descent (Points for Asian Americans in entertainment!) collaborating with the boys of BTS who bring a fanbase and talent most artists would kill for to the table, I'm sure fans of both respective artists aren't worried about the success of this mystery album(?) on the horizon.