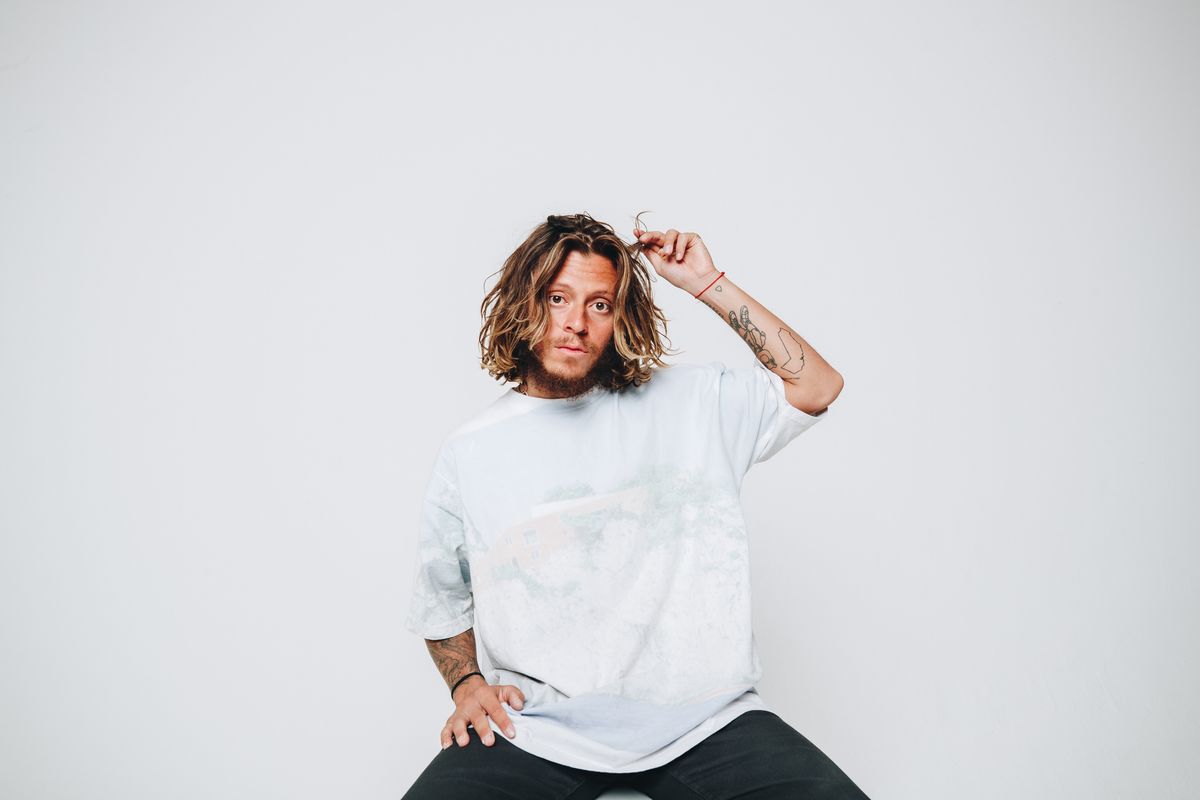 With a sound that he says "pushes against the grain of what mainstream music is at the moment," Stay Over is ready to debut the next addition to a discography that centers vulnerability and encourages listeners to take moments of self-reflection. It isn't about being the best artist; rather, for Stay Over, it is about being the most real with every track he drops. "I'm never gonna be the coolest, but I can be the most honest," he says.

Stay Over is putting that energy to work in his newest video, taking notes from the grainy photographs and grungy aesthetic of '90s adolescence to speak up about the reality of self-medicating while internalizing problems. His angsty throwback visual for "IDKATL" premieres today on PAPER.

The video, directed by Sid Singh and produced by Cocoon Malibu, brings forth a chaotic, nostalgic world to recreate on-screen that unruly feeling of skateboard wheels hitting the concrete pavement in high-top Converse.

"One of my favorite movies of all time is Lords Of Dogtown," Stay Over says. "Growing up, I always wanted to be Emil Hirsch playing the character of Jay Adams. The whole aesthetic of the movie and that time in the '90s seemed real and raw and authentic. That's what we wanted to get across for the video. The director Sid Singh really brought the whole vision to life and executed it exactly how it was in our heads. It's magic when that happens."

While the visual for "IDKATL" is upbeat and full of moments that feel like genuine friendship — jumping over chainlink fences or skating on the sidewalk — the track takes on a much different, darker message.

In the first minute of the song, Stay Over gets personal about detaching from self-medication, singing, "I don't wanna go home again/ I don't wanna be without my friends/ I don't know how to feel alright or okay without substances." He goes on to wish for a different life — more like someone else's, someone to admire.

For Stay Over — and so many others — the act of creating is therapeutic. With "IDKATL," he hopes to show fans and listeners that they are not fighting on their own.

"I hope my music can make people feel a little less alone," Stay Over says. "When I would listen to Kid Cudi talk about being anxious and depressed when I was in high school that shit made me feel less alone. By being honest I think we all can open each other up. When we're open, we see things differently. We see things as love and light."

Watch the PAPER premiere of "IDKATL," and stream the song, below.