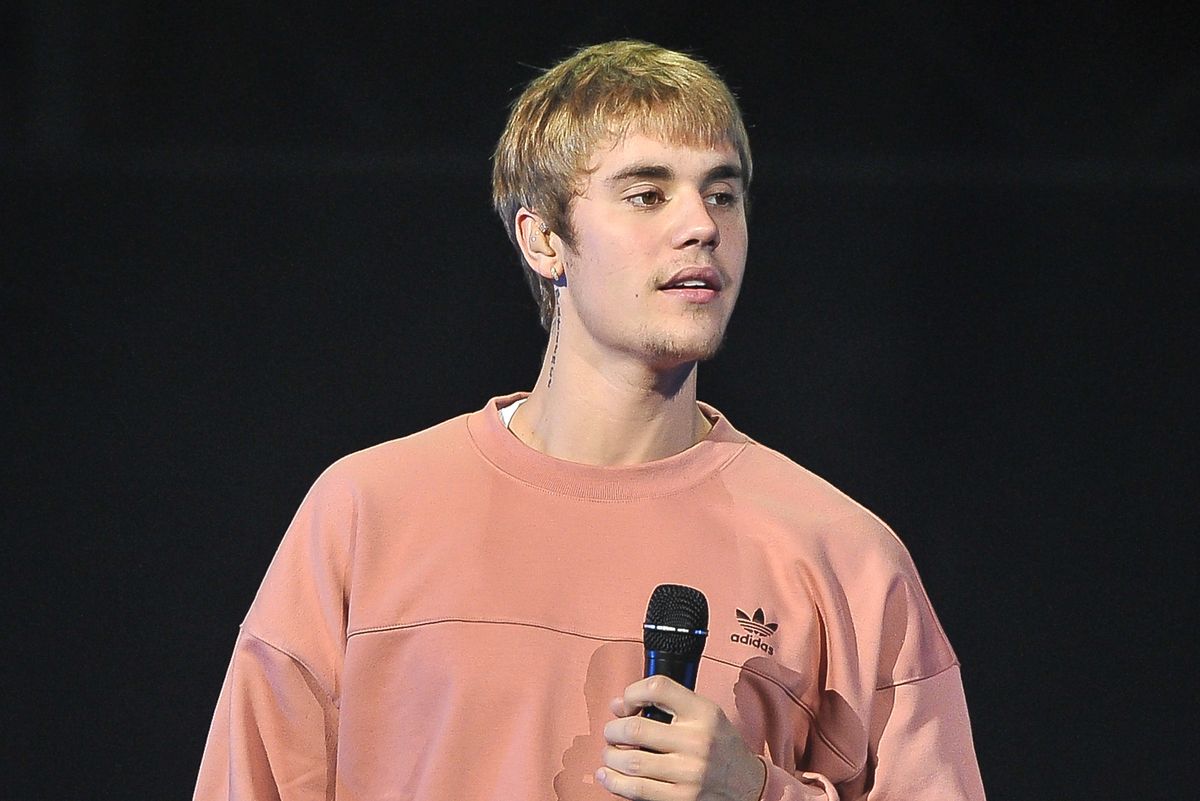 The Justin Bieber remix of Luis Fonsi and Daddy Yankee's hit "Despacito" has been sitting pretty at the top of the Billboard charts for the last six weeks now, but Bieber himself has had a somewhat tortured relationship with the track. Specifically, he has proven himself completely incapable of performing it live, because doesn't know the words. Frustrations over Bieber's apparent disinterest in learning the 40-50 Spanish words required to perform HIS song reached a fever pitch when he refused to perform it in concert, and a fan threw a shoe at his head. To make matters worse, when he actually did perform the track at a club appearance at 1Oak, he sang "blah blah blah," and "I don't know the words, so I say poquito/ I don't know the words, so I say Dorito" over the Spanish-language chorus, which is obviously WAY worse than not knowing the words at all. It's all one big *rolls eyes in Spanish* moment, particularly because "Despacito" is the first Spanish-language song to reach the top of the Billboard charts since "The Macarena."

With all of this in mind, Spotify somehow decided it was a good idea to launch an Instagram ad referring to Justin, a white, Canadian artist as a "Latin King." OH REALLY?

The backlash on social media was swift and unequivocal:

It seems that word finally got back to Spotify about the less-than-overjoyed response people were having to their ad, and they removed it. In a statement to the New York Daily News, a Spotify spokesperson said:

"We made a creative decision to feature Justin Bieber in our ad because we wanted to celebrate 'Despacito' as key cultural moment when music genres crossover. We realized that this could be seen as culturally insensitive so we have pulled those ads."

Well, that definitely could have been avoided! To all parties involved: Do better, and maybe hire more Latinx decision makers on your marketing team?