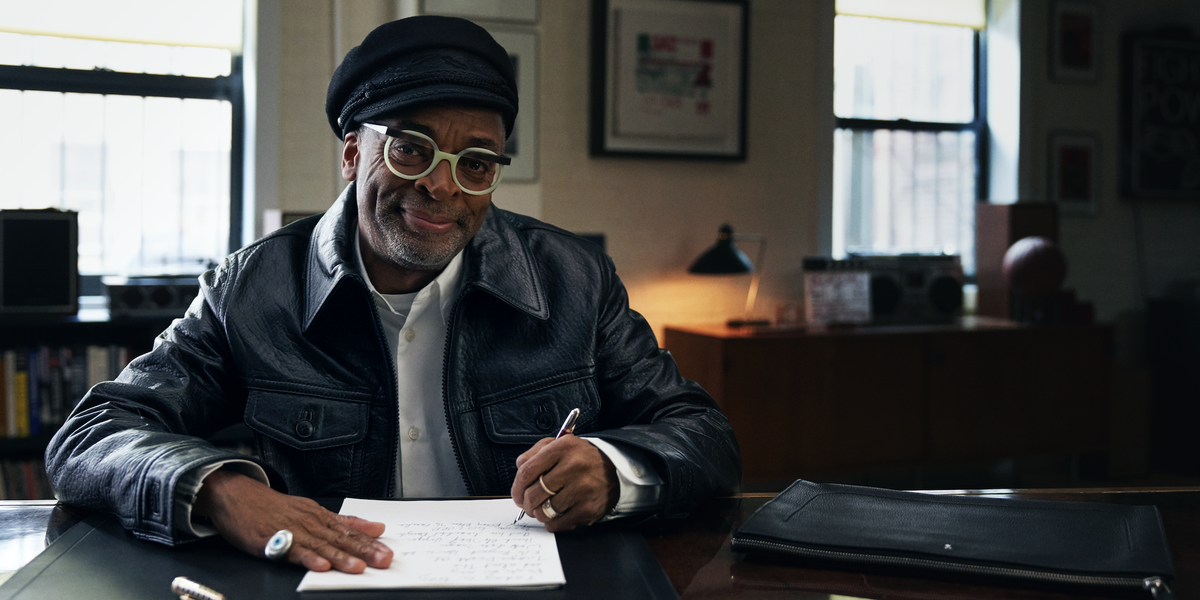 Spike Lee is known for his groundbreaking filmmaking and behind-the-scenes magic, but now the acclaimed director is going in front of the camera. The Oscar-winning producer is one of the new faces of Montblanc's "What Moves You, Makes You" fall campaign.

Related | Cannes Film Festival Is Already Better Than the Oscars

Alongside actors Taron Egerton and Chen Kun, Lee stars as one of the campaign's "Mark Makers," whose drive and ambition have "altered the meaning of success" according to a release. Lee's journey to becoming an award-winning director, producer and screenwriter is a natural complement to the theme.

The director fronts the campaign through one of several videos that spotlights each creative. Lee's takes viewers into his creative storytelling process, where he drafts a film's opening sequence by hand. Donned in his trademark cap and thick-rimmed glasses, Lee states how he "always writes with his heart." Complete with vintage '70s film and references to his childhood in Brooklyn, the clip highlights his passion for writing and filmmaking.

What Moves You, Makes You. . Take a page from the book of Oscar-winning director Spike Lee and write about what you know and keep writing until the world knows it too. . @officialspikelee #WhatMovesYouMakesYou

According to Montblanc, the campaign highlights the power of achieving goals, even through unconventional methods. "It expresses a new aspiration to live a life where the professional and personal don't compete with each other, but enrich one another," Vincent Montalescot, Montblanc's EVP of marketing, said in a statement

Lee's connections to his craft and cultural impact through films like She's Gotta Have It, Do the Right Thing and Black KkKlansmen perfectly fit the "Mark Maker" role. "Being a 'mark maker' is a different way of thinking," said Nicolas Baretzki, Montblanc's CEO, in a statement. "It is no longer about status or reaching the top but it's about the meaningful, purposeful and enriching journey we take to get there, and the people we impact on our way."

See the full "What Moves You, Makes You" campaign below,