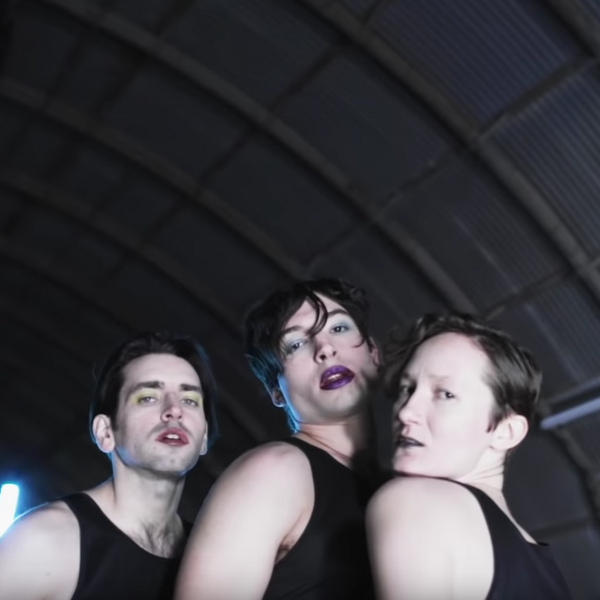 To all the queer kids who grew up mouthing every staccato syllable of the Pussycat Dolls' seminal classic, "Don't Cha," and later went to graduate art school with an appreciation for Marina Abramovic: this one's for you.

In a cover certainly nobody asked for (but we're glad to now have anyways), the Ezra Miller-fronted band, Sons of an Illustrious Father, dropped their own queer spin on PCD's 2005 hit, and it's just as delightfully bizarre as you'd expect. Slowing "Don't Cha" down from its original poppy clip to a lethargic funeral dirge, the indie trio warps, distorts, and deforms the bop to grotesque proportions. Descending synth scales and harmonies that wail like a chorus of tortured souls, only add to the track's dark carnival aura.

The cover's accompanying music video only adds to Sons of an Illustrious Father's twisted reality. Filmed in what looks like a doomsday bunker lit by a depressed Dan Flavin, Miller and bandmates Lilah Larson and Josh Aubin stare dead-eyed into the camera as they perform what can only be described as what it would like if Martha Graham choreographed a pole-dance routine — sexy yet macabre, alluring yet unsettling; it's "Don't Cha" as the Pussycat Dolls never intended.