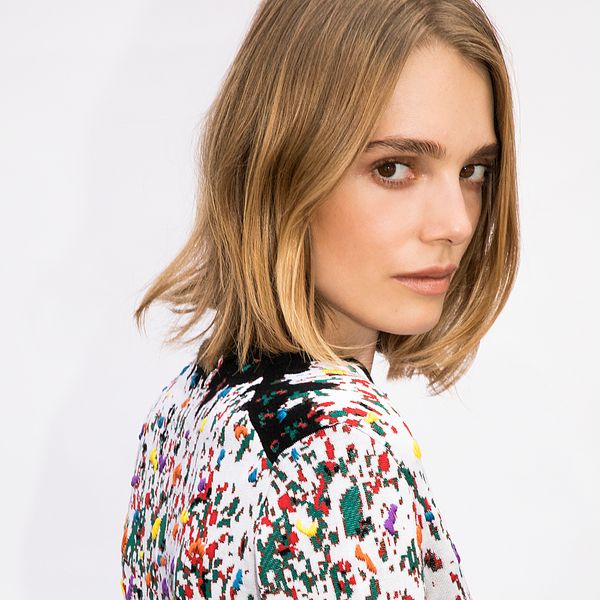 Sonia Rykiel Gives Back For Its 50th Anniversary

The late French designer Sonia Rykiel opened her first boutique in 1968 on Paris's Left Bank. Her claim to fame was a body-skimming sweater that became a key part of fashion's move toward ready-to-wear. In addition to an haute couture debut and the inauguration of Allée Sonia Rykiel, creative director Julie de Libran is celebrating the label's 50th Anniversary with a limited-edition collection called "Generous Sweaters."

Related | Sonia Rykiel Got a Street Named After Her In Paris

"They have all shown extraordinary commitment to the project and been so generous with their time and input," de Libran says of the participants. Alongside an eggshell sweater with a kaleidoscopic pattern of herself dancing nude, Kingsman star Sofia Boutella — who often wore Sonia Rykiel as a backup dancer for Madonna — created a crocheted butterfly style based on one of her own illustrations. Informed by a shirt a sweater she borrowed from her father as a young model touring the world, Liya Kebede's longline sweater (featuring handwoven fabrics from her Ethiopia-based foundation and brand Lemlem) is also rooted in personal experiences.

The capsule, now available at 10 Corso Como New York, will come to Sonia Rykiel boutiques and SoniaRykiel.com later this month.