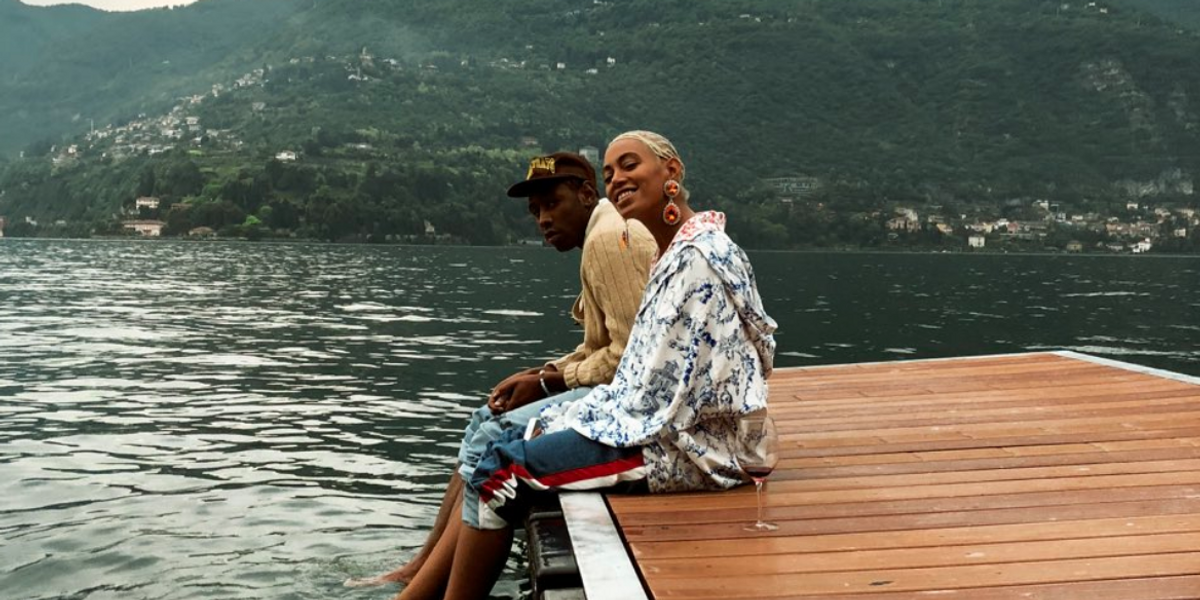 What Are Solange And Tyler, The Creator Up To?

New York City has been a dreary, rainy hellscape all week, so when Solange posted a picture of her and Tyler, The Creator smiling in a sunny wonderland, I was immediately curious about where they were and if I could get there any time soon.

I was quickly sucked back into my Instagram newsfeed vortex and scrolled past, forgetting my question until I saw that Tyler, The Creator reminded his followers that he is having a very good time with a series of photos he posted on Twitter today.

The sunshine! The mountains-water juxtaposition! The hazy fog! I needed to know where they were. My thorough investigative journalism leads me to believe that they are at Lake Como because another post Solange made recently was tagged there.

Lake Como is a lake in northern Italy in the foothills of the Alps that has long served as a retreat for artists, actors, and politicians. George Clooney put it on the map when he bought a $10 million villa there in 2002.

Are the musicians collaborating on new music? (This makes sense! It has been a year and a half since Solange released A Seat at the Table and almost a year since Tyler, The Creator's Flower Boy. And, Tyler, The Creator has expressed his appreciation of Solange's music in the past.) Just hanging out? Filming a visual project?

Not sure, but definitely googling flights to northern Italy as we speak.