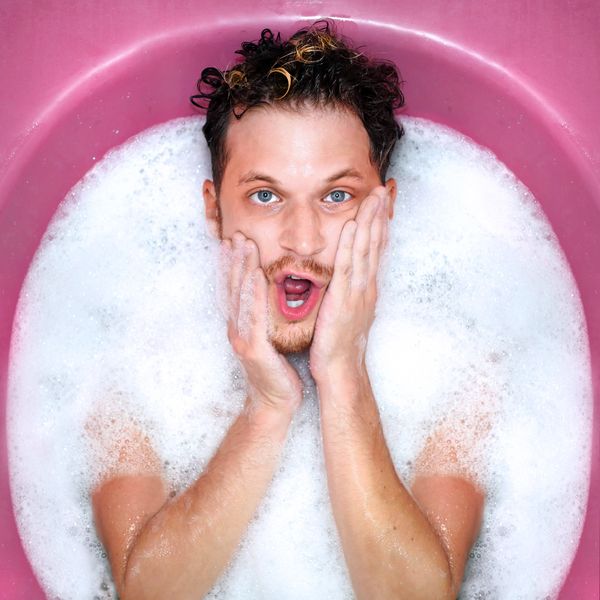 Get Up to 'Speed' With Socialchair

Engineer-turned-pop music maker Socialchair (aka Eric Cross) is ready to get down and dirty in the video for his newest song, an early 2000s-esque jam for the anxious. Accompanied by only bath bombs for backup singers, Socialchair reverses your nightly beauty routine; instead of cleansing himself of a hard day's work, he ends up dirtier than in the beginning, a filming process which would require him to play back his song and learn the lyrics, "put my thing down, flip it and reverse it"-style.

"'Speed' is about dealing with anxiety through your own coping mechanisms, despite how others perceive them," he says about the new song. Although the theme of the song is anxiety — as one lyric states it more simply, being "sick of overthinking, tired of swimming upstream" — the production is bright, almost happy, without seeming overly jittery. It's a cool, Backstreet Boys-bop with a shiny chorus and scintillating synths that would give Brit-era Timberlake a run for his money.

Upon first listen, you might want to dance around aimlessly at an airport, imagining your screaming fans surely delaying air traffic on the tarmac just to get a glimpse of you, but a closer listen will reveal a more frustrating premise. "It was only fitting that the video concept itself was complicated. It shows a reverse narrative of a bathing scene, in which I get dirtier over the 3 minutes rather than cleaner. In order to pull it off, I had to learn to lip sync the entire song backwards," Socialchair says.

The song makes sense, though, when examined along with his past. "I started realizing I wanted to pursue music around the tail-end of college, as my attention had shifted drastically from my studies to writing songs," he remembers. From there, he still attempted to play pretend with his passions, but only for a short time. "After spending my first few years out of college working as a consultant and banker, and feeling spiritually gutted by the experience, I decided I had nothing left to lose and moved to Los Angeles to pursue my dream of making pop."

The result of Socialchair's career rebirth is one unparalleled by other DIY pop artists in his league. His songs are catchy and quick, but too detailed for a simple listen with your AirPods — put "Speed" on speaker, dance around with friends, and get lost in the feeling.

Watch the PAPER exclusive premiere of the video for "Speed," below.