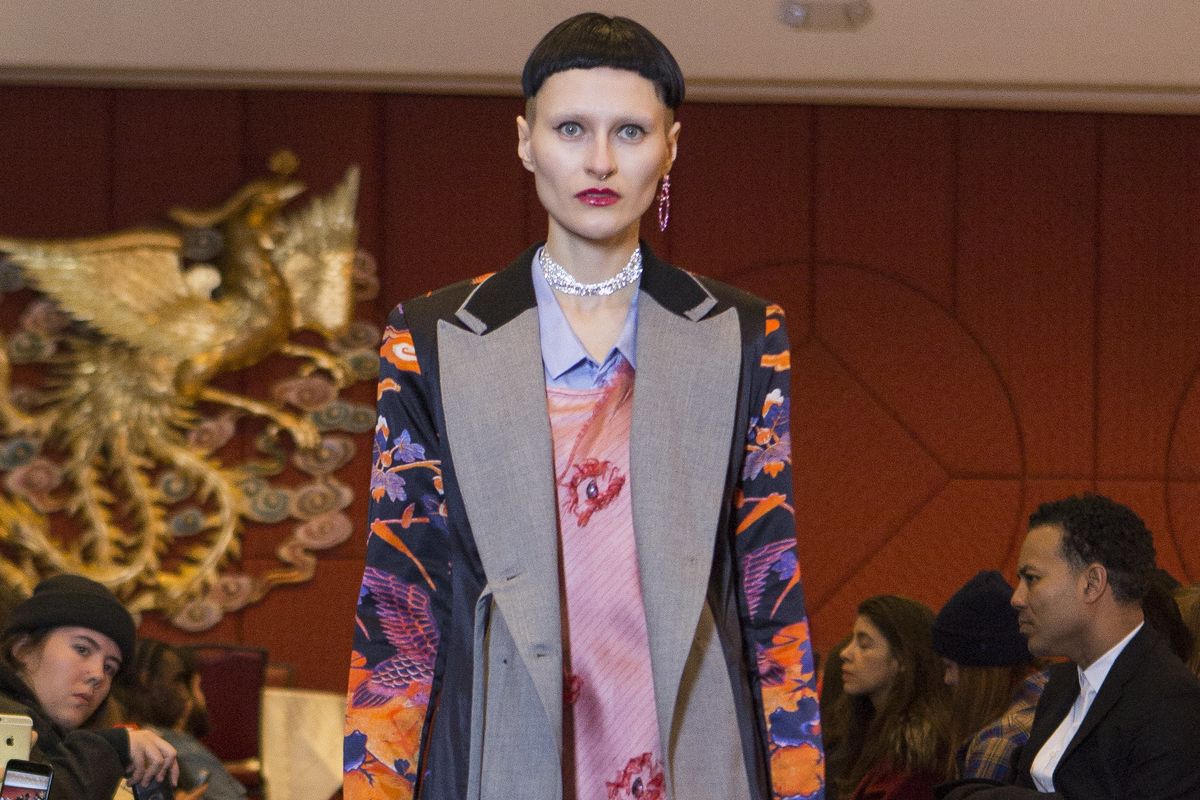 Right out of my Uber, I was greeted by the infamous Jing Fong establishment, Manhattan's largest Chinese restaurant. Here, in a Chinatown dim sum hot spot, would be where Snow Xue Gao showcases her newest collection — a true mergence of Eastern and Western influences with inspiration directly drawn from Beijing, China's capital.

An alumn of Parsons and VFiles, Gao's eponymous brand has continuously pushed boundaries through exaggerated proportions, and a seamless mix of masc-femme aesthetics. Despite being a new designer, Gao has managed to command the attention of not only fashion insiders, but also buyers from luxury stores like Barneys New York and Bergdorf Goodman.

For Fall '18, Gao paired traditional suiting with Italian wool prints which were deconstructed and reassembled into architectural bustiers and butterflied skirts — all juxtaposed with beautiful Qipao fabrics. Models flowed down the red carpet (no pun intended), carrying bags that directly referenced the neighborhood grocery stores.

Gao's show transported us into the gilded fantasies of Chinese luxury with European elegance. With a long career ahead of her, and already being bought up by both the commercial and art-driven markets, Snow Xue Gao will always be a reason to continue watching New York Fashion Week in-person.