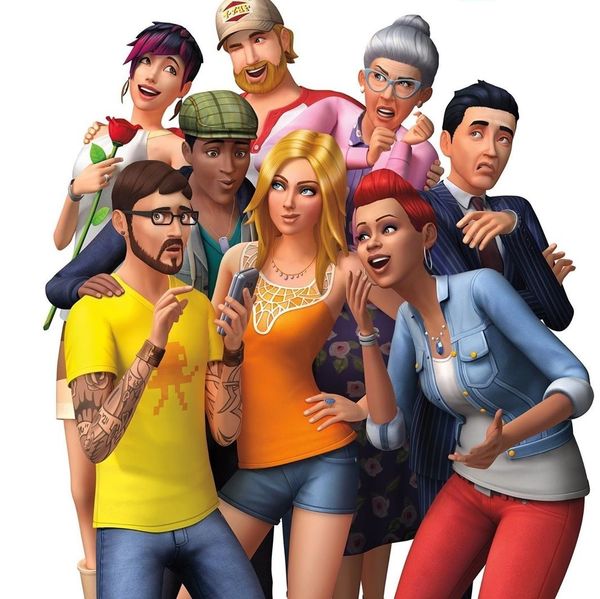 Even though it began as a way to play house in the suburbs, The Sims has become one of the most LGBTQ-friendly games in the world. Queer relationships were an option from the very first edition, and the game added same-sex marriage and adoption shortly after (getting the game banned in some countries).

In 2016, the game introduced a huge diversity of gender and presentation options, which, as documented by PinkNews, don't just let bearded characters put on dresses, but also allow users to pick if their avatars can get pregnant, how they use the bathroom, what their voice sounds like, and to pair any body frame with any clothing, make-up and facial hair.

Related | Finally, You Can Dress Exactly Like a Sim

So, of course The Sims is going to have some fun for Pride. This year, the game has partnered with the It Gets Better project, an LGBTQ+ non-profit which amplifies queer stories and media, to let its queer characters celebrate in style.

Starting June 18, according to i-D, users will be able to dress their characters in a colorful line of pride paraphernalia including "It Gets Better" t-shirts on The Sims 4 on PC , The Sims FreePlay and The Sims Mobile. The Pride package features a number of other items, including a gender-neutral bathroom door, to make your queer utopia as inclusive in its homemaking, as well as fashion and relationships.

The Pride Sims 4 content was revealed at the same time as an "Island Life" expansion pack, that lets people move to a desert island and play with dolphins and mermaids, so by now, the game has just about everything you need to build your own queer paradise.