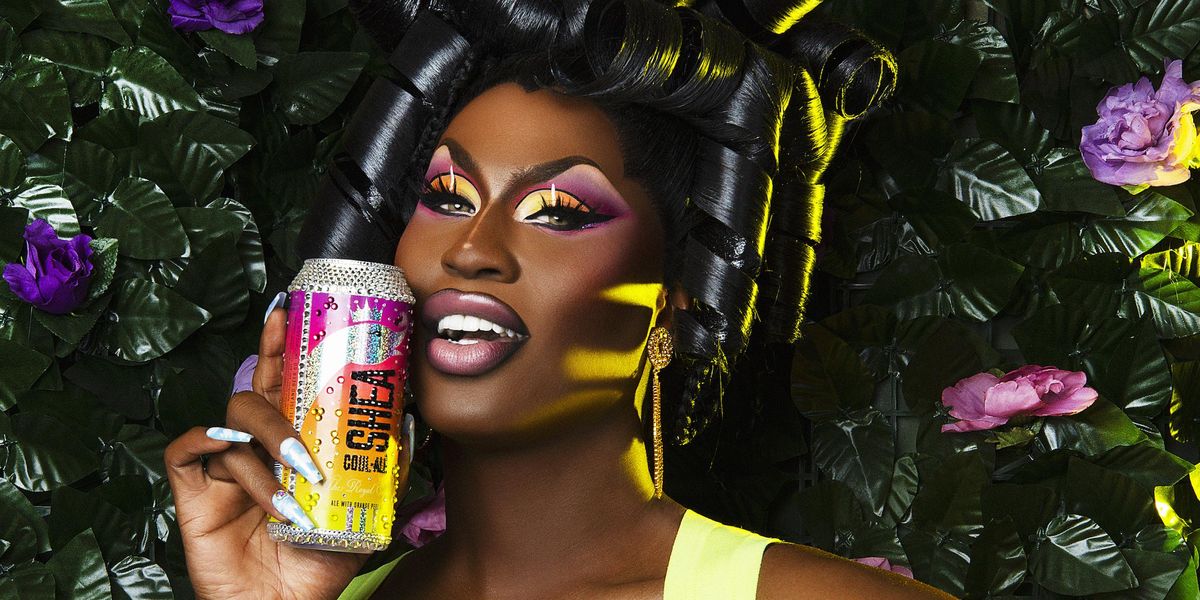 After a successful launch last summer with Goose Island Beer Co. and DoStuff Media, Shea Couleé is returning with yet another beer collaboration to quench our thirsts — only this time she's expanding its reach to Chicago, New York City, Philly and St. Louis. A brand new "Royal Edition" of the Drag Race winner's Shea Coul-Alé arrives just in time for Pride 2021 with an updated flavor palette and meaningful charity component.

"You are officially invited to my royal cookout," Couleé says, calling her beverage this season's "draggiest beer." For the Royal Edition, the Chicago-based performer and activist "gave last year's light and lemony urban wheat pale ale an upgrade by using pineapple puree for a fun and fresh taste." The ale also promises to leave you with hints of orange zest, while staying light on the palette, according to Couleé, who was "very involved" in developing the flavor.

Goose Island Beer Co. President Todd Ahsmann says they "believe in collaborating with those who use their craft as personal expression to create vibrant art and promote inclusivity for all" — and there's no better partner than Couleé, whose viral drag performances have infiltrated everything in pop culture, from fashion to music. This initiative also sees Goose Island deepening their commitment to "authentically integrating" product into the queer community.

For every purchase of Shea Coul-Alé, $2 will be donated to Brave Space Alliance, Couleé's charity of choice for this project. The first Black-led, trans-led LGBTQ center in the South Side of Chicago, Brave Space Alliance "is dedicated to creating and providing affirming, culturally competent, for-us by-us resources, programming, and services for LGBTQIA+ individuals on the Sotuh and West Sides of the city."

For Couleé, this beer represents an opportunity to reconnect with our chosen families after a year of separation. While she anticipates sipping the Royal Edition "with my girls at the beach on a hot Chicago summer day," Couleé says she's most excited this summer to "finally reconnect with my amazing fans in person. I haven't seen them since I won All Stars."

Shea Coul-Alé: Royal Edition will be available beginning late May in bottle shops and retail locations across Chicago, NYC, Philly and St. Louis, and also on Goose Island's website for pick-up at their Chicago locations.