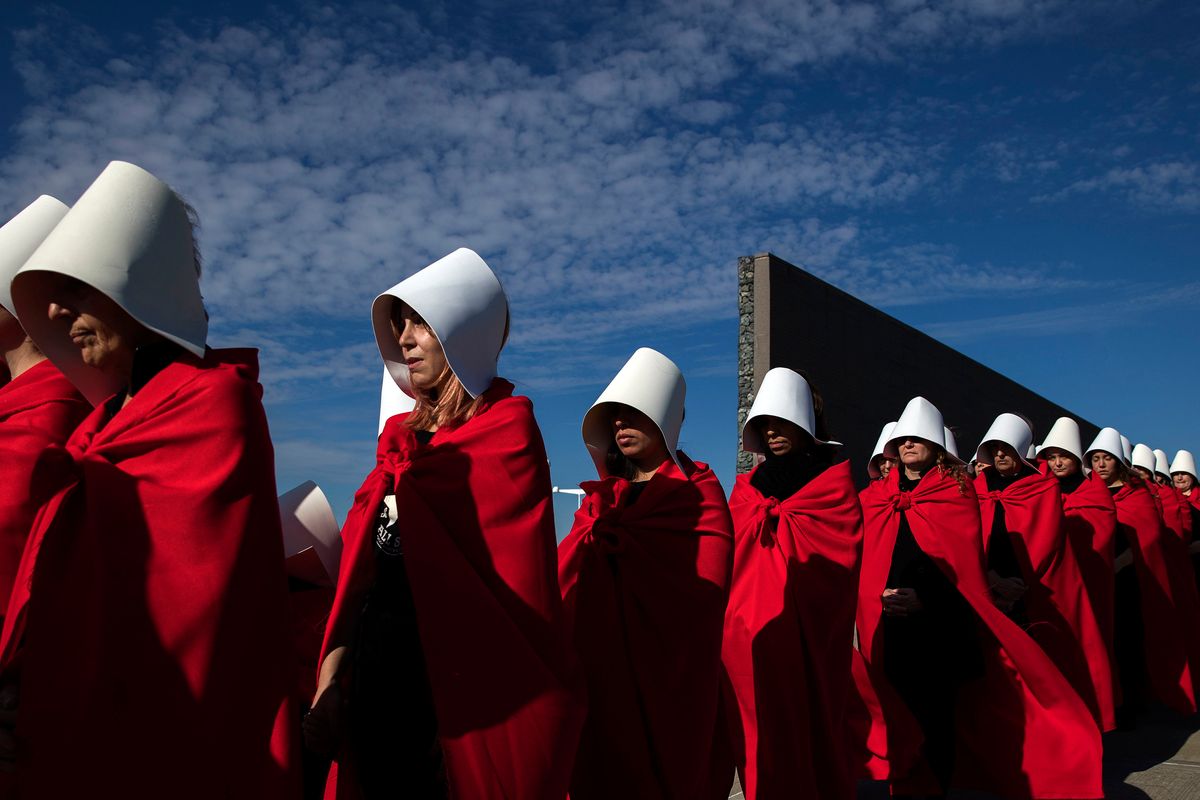 People Were Very Mad at This Sexy 'Handmaid's Tale' Costume

Earlier today, the Internet was ablaze with outrage at a Halloween costume from lingerie and costume retailer Yandy. Yandy, which has a "Sexy Halloween Costume" section with an infinite number of sexy options, drew the Internet's ire with the "Yandy Brave Red Maiden Costume," aka a sexy Handmaid's Tale look.

The costume inspired a swift backlash, and Yandy subsequently removed it from the site and tweeted a lengthy apology.

"Over the last few hours, it has become obvious that our 'Yandy Brave Red Maiden Costume' is being seen as a symbol of women's oppression, rather than an expression of women's empowerment," read the statement. "This is unfortunate, as it was not our intention on any level. Our initial inspiration to create the piece was through witnessing its use in recent months as a powerful protest image. Given the sincere, heartfelt response, supported by numerous personal stories we've received, we are removing the costume from our site."

The handmaids' trademark cloak and bonnet have been worn by women at various protests, including at a hearing for President Trump's nominee to the Supreme Court, Brett Kavanaugh (who has since been accused of sexual assault).

The Handmaid's Tale is set in a dystopian future version of the United States in which women are forced to bear children for the upper classes. They're sex slaves, raped once a month for a "ceremony."

And hey, no one got mad at Vaquera's Handmaid's Tale collection. I mean, it was artful and considerate. But it was still fun!