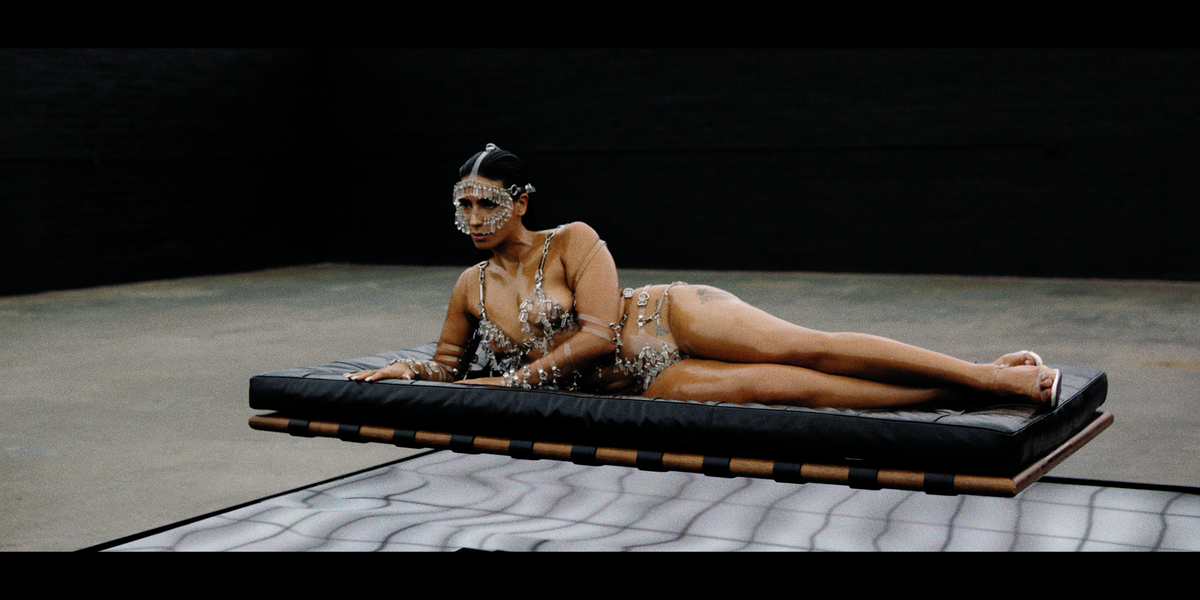 Dutch-Iranian artist, Sevdaliza, has teamed up with Ghanaian director Emmanuel Adjei to create a new film for the song "Shahmaran" off her recent debut album, Ison.

The film which shares the same name as its soundtrack, is breathtakingly gorgeous featuring sprawling deserts and a mirrored oasis. The film follows the journey of a man as he frees himself from the back breaking work of dragging a mammoth yacht across a dried up ocean to search for water. A mix of sprawling landscapes and slick futuristic visuals, the protagonist embarks on an odyssey across the barren landscape surrounded by death and unrelenting heat. He comes across an oasis reminiscent of the Bat cave in the Dark Knight Trilogy where he is tempted chromed sports cars, guns, and the crystal-adorned Sevdaliza before plunging himself into the pool at her feet.

Adjei describes the concept of the film as being heavily rooted in the historic oppression of African Americans. "Carrying the burden of their ancestors most African American men today are still born into an environment that limits their freedom. Drawn to the dream of having power and success they hold on to the image of a false like idea of autonomy and with it success." Deepening the metaphor by saying, "it is however this house of freedom that has enslaved these men again. Chained to a phantasy[sic] often with materialistic nature keeps them upright throughout survival. They have become a victim of their addictions to power and materialism."

You can watch "Shahmaran" below and catch Sevdaliza on tour here: