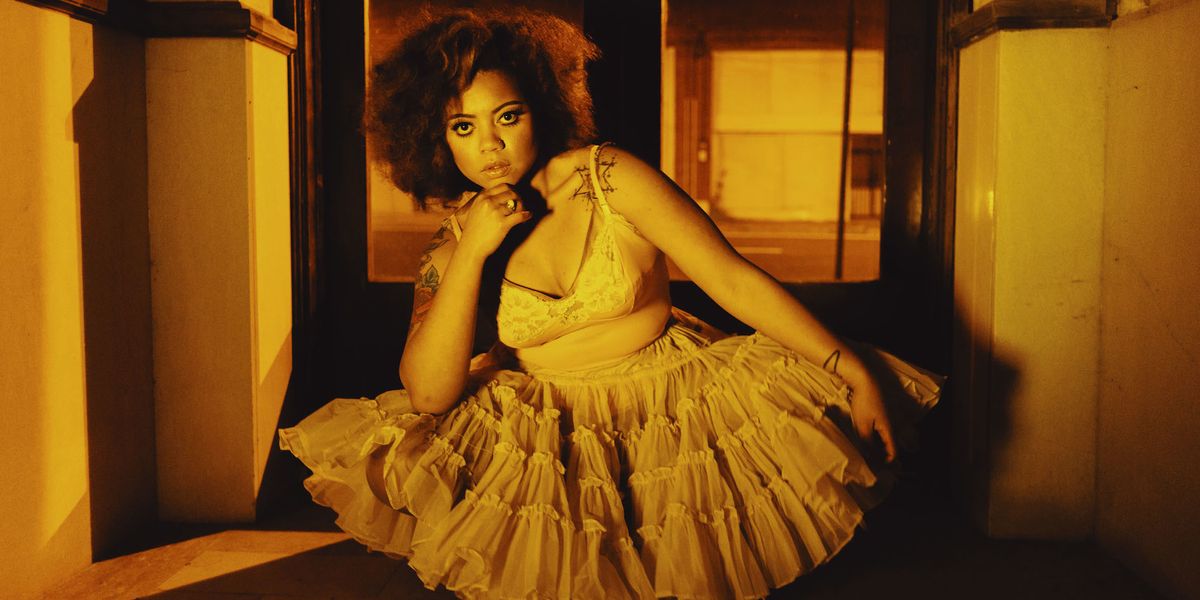 As a counselor at one of Louisiana's only remaining abortion clinics, Seratones front-woman AJ Haynes is intimately acquainted with the messy labyrinth of history. On the polymathic Shreveport, Louisiana band's new single "Power" — the title track on their new album, out August 23 — Haynes confronts this labyrinth head-on. "We take two steps forward/ They take one step backward/ We take each step to lift us up higher" the gospel-trained powerhouse belts, later singing "We take each step/ 'Cause we have the power."

Related | The Woman Who Climbed The Statue of Liberty

The song is an ambitious call to arms and a compelling anthem acknowledges what we're up against. "Power" perfectly captures how in 2019, the enemy is as much our own despair, as our political opponents'. From opening line of the song, Haynes describes pushing on through darkness, affirming bluntly that "this grind is so damn real," and speaking to how we often have to make uncomfortable compromises ("Trying to break the same bad deal/ With the devil that I know/ And the devil that I don't") to achieve change. The song's recognition of hopelessness is ultimately what makes its bid for hope so radical.

Produced by Cage The Elephant guitarist Bradley Shultz and built on heart-beat, battle-cry percussion and a mega-watt horn section, "Power" lives up to its name.

PAPER shares the video for "Power," which is an artistic triumph in its own right, mapping what "two steps forward, one step backward" looks like in band's hometown of Shreveport. In light of recent events, Seratones have chosen to dedicate the piece to Sadie Roberts-Joseph, the 75-year-old Baton Rouge activist and museum curator, who was recently discovered murdered.

"Sadie Roberts-Joseph understood that in the South, we live with the spirits of our complicated history," says Haynes, continuing: "But the spirits are often muted, silenced, or talked over...as if an impenetrable barrier muffles our understanding. I hope this video offers a way for us to listen to those spirits and honor her power."

The video was shot across three sites in Shreveport: the Confederate monument that still stands in the center of town, the abortion clinic where Haynes works, and the Calanthean Temple, which was a Black cultural hub during the Jim Crow-era. Haynes notes that "All three places in the video were founded by women," and explains the significance of each site:

"The Confederate monument (founded by the Daughters of the Confederacy) has always been a chilling reminder of the lengths that people will go in order to control someone else's body. This violent lineage is even more evident in the wake of Sadie Roberts-Joseph's recent murder. She amplified the stories of Black people in Louisiana, carved a sacred space for our living narrative. Although an unknown assailant took her life, they will never be able to take away her voice."

Related | Sleater-Kinney Cuts Through The Noise of Fear

"Hope Medical Group was founded 7 short years after Roe v. Wade and has stood strong since. I've spent almost a decade there listening to women's stories and helping them navigate their paths to physical autonomy. My time spent there is integral to my identity as an artist."

"The Calanthean Temple represents a celebration of autonomy, persistence, and innovation. How amazing that Cora M. Allen owned a thriving Black cultural hub at the height of Jim Crow in a place nicknamed Bloody Caddo."

The piece, which was directed by Danielle Calodney, follows a little girl wandering through each space. She stares defiantly up at the Confederate statute, treads the halls of the clinic, and watches as a gospel choir and troupe of fierce young dancers perform. The intimate, rich cinematography feels indebted to Lemonade, with the camera caressing its subjects, subtly juxtaposing pain and resilience in each shot. The visual ends in a glorious celebration, with its small protagonist looking boldly up towards the sky.