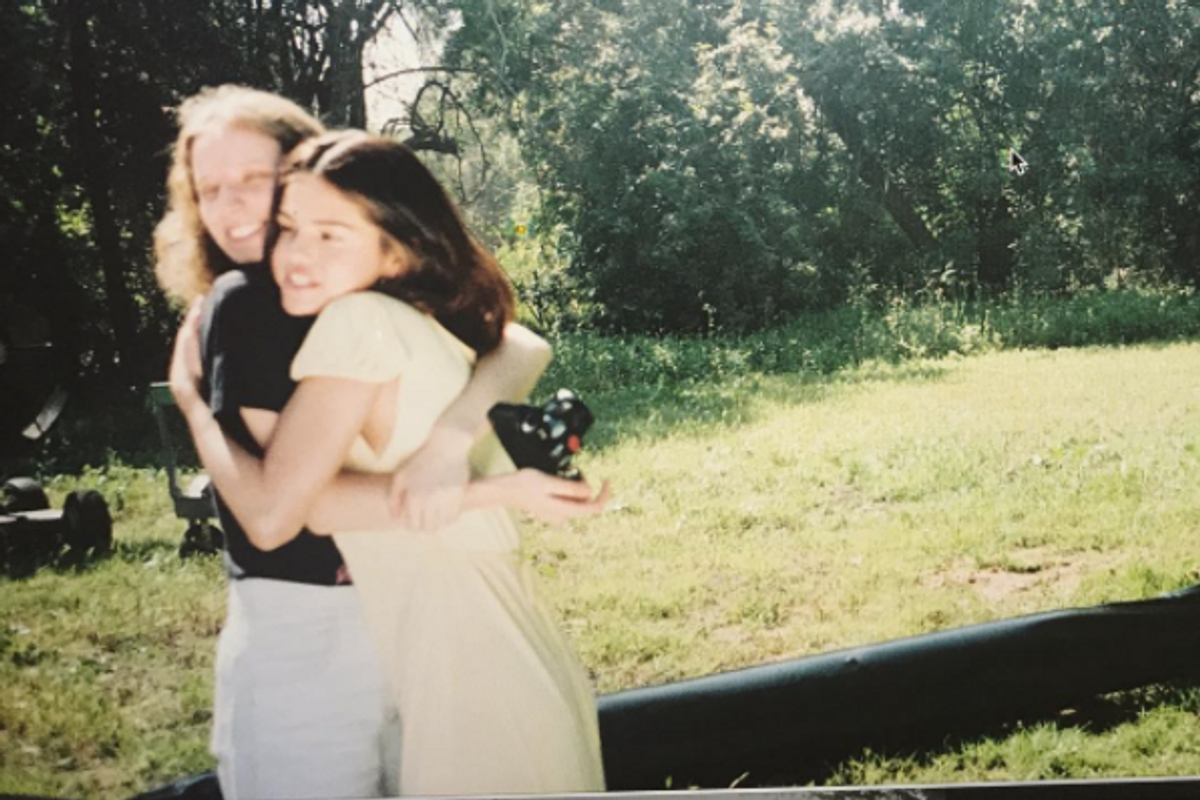 Selena Gomez and Petra Collins are artistic collaborators who also happen to be close friends. After the release of the Collins-directed visuals for "Fetish," Gomez's second single off her upcoming album, the two got together to discuss the making of the video for Dazed. The full conversation about the pair's friendship, empowering women through the horror genre, the meaning of song and the power of the female gaze makes for an interesting read. Below are some highlights:

On discovering their shared love of horror films:


Petra Collins: Um, do you think people would be shocked to know that 'Fetish' came out of our discovery that we are both avid horror fans, which I didn't know about you?

Selena Gomez: Until you came over in the middle of the day and found me in my living room sitting on a big teddy bear watching Chucky so casually and then you came and laid with me.

Petra Collins: Oh my God! Literally we were lying on a teddy bear watching Chucky. At that point, it was clear we are on the same wavelength. It's still so crazy to me how, when I first heard 'Fetish', I pictured it to the backdrop of horror. It's one of my favorite genres to make a female look strong.

I made it very clear to you that I didn't see 'Fetish' how most people know the word at face value. When most people hear the word 'Fetish', they think of S&M and all that sexual shit, but you didn't. You knew why I loved it. You told me, 'I think this song is about love, something crazy and complicated.' I wanted the video to be contextualized.


On the female gaze:


Selena Gomez: Um, I'm not saying I've ever done something similar to the kitchen scene in real life, but I can say right now, I do weird shit all the time when I'm alone in my house. It's how I express myself! Honestly, what you do with women is so inspiring to me. Your pictures can be sexy, but you aren't sexualizing women. You capture the raw part of it all.

If a guy shot 'Fetish', I bet it would look way more sexual. That's what I love about how you captured my breakdown moments – it's shown to the viewer as creepy and I honestly think that there are some guys out there who would make those moments more sexy than it was or should be.


Selena Gomez: With the way I grew up, I always felt like there was something inside of me that hadn't been accessed. I hadn't had the opportunity or confidence to find it. For so long I felt like I (wasn't able) to do something like this, not because I don't want to but because I lack that confidence. I have a lot of insecurities, but when I started working with you… We're like sisters, but I think I'm a little bit older than you?

Petra Collins: YOU ARE NOT EVEN OLDER THAN ME!

Selena Gomez: You know what I mean! You make me feel more confident about the choices I make, like a sister. You help me, you encourage me and validate how I feel in that moment. I wouldn't have been able to grow into the artist I am right now without you. It's like this fire-and-water, duality thing going on.

You can read the whole thing here, and revisit the "Fetish" video below: