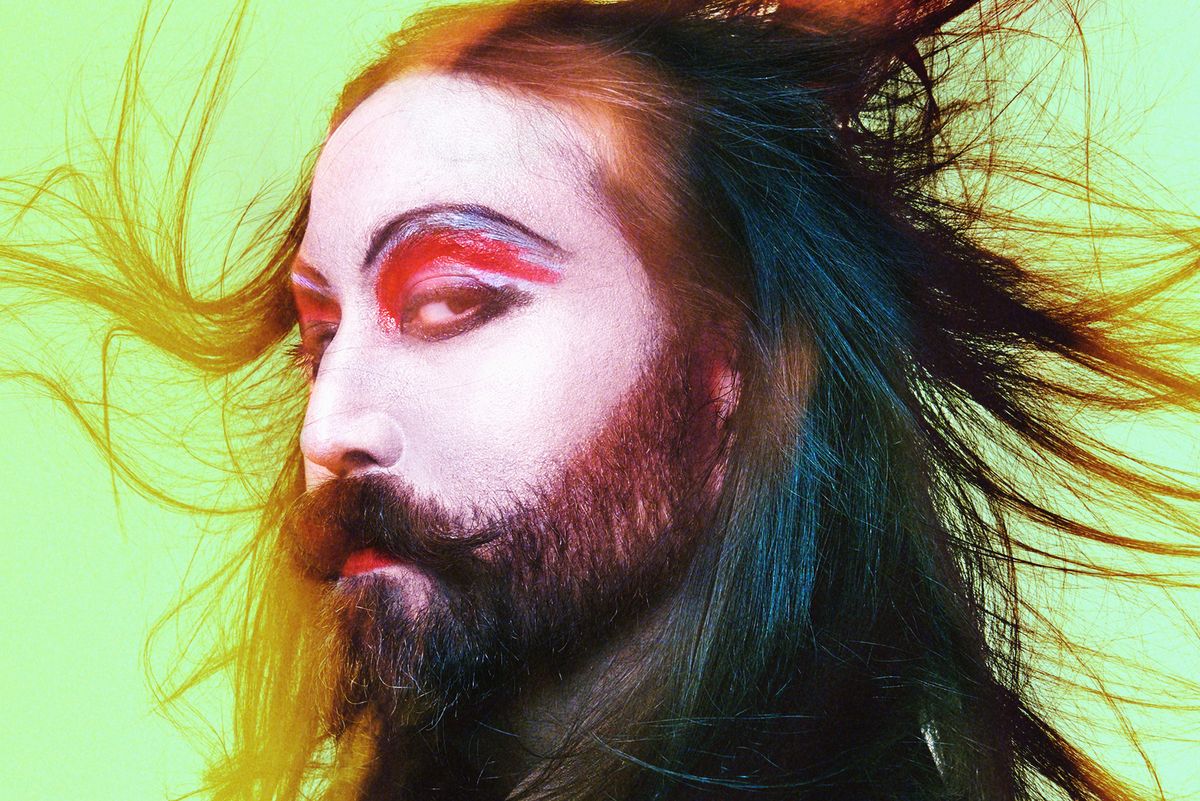 Sean Lennon on the Golden Age of Music, Asian Representation and Working with Lana Del Rey

Sean Lennon was born a part of pop culture history. The son of Yoko Ono and John Lennon, he grew up surrounded not only by his mother's cutting edge avant garde records and his father's infectious pop, but also their combined political efforts and social commentary, which they extensively documented, creating what he describes as proto-reality TV.

True to his family legacy, Lennon is heavily involved in all aspects of the music industry, playing and writing music with his band Claypool Lennon Delirium, producing albums by the Black Lips and Moonlandingz, and running a record label, Chimera Music, that just reissued 11 of his mother's albums. This prolific output aside, his interests also extend far beyond music. He spoke passionately about the lack of media representation of Asian narratives, why peer review creates the greatest art, and why the 60s and 70s were a golden age of creativity.

You write and produce music and run a record label. How does your process differ for each position?

I have to wear different hats for each of those things. Producing has helped me with my own song writing. I used to say that I was going to produce my own music because I didn't really understand what a producer did. But I've realized that having a producer is really helpful, because I have a different perspective simply from not having written a song. When I started the label, I thought it shouldn't be any different than just being an artist and making a song, but it's a different business. It gave me more empathy for record industry people than I'd ever had. I'd always had a record deal, and I'd always scoffed at the whole industry and felt like, "Why are they taking 75%?" Once I actually started to have to print the vinyl, master the vinyl, get them in stores, I realized that in order to put records out and sustain a business, you have to think unmusically, in [terms of] the bottom line of what the budget is for a project.

What you're saying about needing distance reminds me of writing. Until I started writing professionally, I always thought I could edit myself because I know my writing the best. But actually you do need another person to edit because you get attached to the work you make.

Creative people have biases towards our own work that we can't get rid of. I was reading a book on creative people called Originals by Adam Grant that talks about the people we consider creative geniuses. They tend not to be the best judges of what is their own best work. Beethoven reviewed most of the pieces he had written and his reviews don't coincide with what humanity has deemed his masterpieces.

Test groups aren't good at identifying good art because the minute they know they're a test group, they become critical. Business people don't work because they're averse to risk. They don't like new ideas, they'd rather do something that's tried and tested and proved to work before, whether it's a superhero movie or a sit-com. You need to ask your peers.

It's interesting what you're saying about being risk averse. I think a lot of the white men in media similarly don't want to risk telling narratives that haven't been told because they're afraid they wont sell. So there's a self-perpetuating cycle of continuing to tell the stories that have always been told.

Not only that, but [they say], "Let's change a story that's traditionally Japanese people, (like in Ghost in the Shell,) and let's make sure it's a white girl." It's not like the people making that film are racist, they just don't want to lose money. And they know if an Asian girl plays the lead in a huge franchise like that, it's not going to sell as much. Should they make decisions that are morally or racially enlightened when it means they could lose money?

I was very offended myself when I was writing a script with some friends called Coin Locker Babies based off the novel by Ryu Murakami. When I was trying to get the film made, everyone told us, "You can't have Asian people in it." Basically, if it's going to be an Asian male in a film, he's going to be a goofy tourist or a science nerd or an evil character or a Kung Fu guy. Never a normal human being.

What happens to Asian audiences? There are lots of us who could identify with an Asian lead. Why are we not seen as a market?

I try to be optimistic because technology has made it easier for people to make records and films. There are films made on iPhones at Sundance. All I know is that if the music, film, and book industry were thriving, they would be able to make decisions that aren't just a reflection of economics. Why are there so many superhero films? Because they've been proven to make money. How do we make a society where intellectually stimulating art is being made? It's hard because the investment side doesn't want to take a risk.

What are you listening to right now?

I listen to old records. I'm discovering lost records from the 60s and 70s. I'm preoccupied with the 60s and 70s as a golden Renaissance of creativity. Maybe I always will be.

Why do you think that?

I think it was a perfect storm of culture and people and technology. All You Need Is Love was the most viewed live TV performance in history at that moment, before the moon landing. All of these things -- live broadcast, for example -- were coinciding with a cultural shift and the world was not decentralized yet. Youth culture was unified by FM radio. That happened until the 90s. Youth were unified by not just radio, but also MTV. We were all watching the same stuff, connected and surfing a culture wave together because we were getting our music from the same source. Now everyone curates their own experience. The way we imbibe entertainment is so personal and decentralized. Everyone can have their own Spotify playlist and their own Netflix account. We're disconnected through technology.

You remastered 11 of your mom's albums.

It's really exciting. That's a nice topic for me because I've been able to witness my mom's complicated relationship with the public [evolve]. People really had a lot of complex feelings about her music her entire life. I've seen her stick it out and in her 80s she's sort of being understood in a way she was never understood before.

There are going to be a lot of original tapes, archival work, and images that accompany the release. Were you involved selecting them?

Often, we tried to recreate the [original] packaging, which had a lot of photos in it. I wish there was more of a treasure trove of endless archival photos, but a lot of the stuff has been seen. Those guys were really public. They were almost the first reality television show, my mom and dad. They were filming themselves all the time.

I read in a Rolling Stone interview that you felt like you were meeting your mother at the age of 5, and you remember putting on your best clothes to go on a walk with her. How has your relationship evolved, how does your relationship relate to how you're approaching these remasters?

When I said that, it was because my mother was famously put in charge of running the business, and my dad stayed at home and raised me. When I say I felt like I was meeting her for the first time, it's true in that I wasn't quite as close with her as I was with my father. After my dad passed away, my mother and I often felt like it was the two of us surviving the storm together. I've always felt an allegiance to her, and I've always wanted to help people understand her art and her music because I felt like everyone understood my dad's work, but it didn't seem like everyone understood her work.

I do think one of the reasons people really had trouble understanding her was a kind of latent racism. But at the same time, I also think it's unrealistic to make art that is that challenging and avant-garde and tonally surprising and expect everyone in a community that's used to listening to the Beatles to just embrace that. Now we're able to put her work in a new perspective and see what it really means. A lot of people are realizing that she really had a major contribution to alternative music from the beginning. A lot of people say that was the first punk rock record.

You also worked with Lana Del Rey on her new album, Lust for Life. How did that happen?

I was producing the Insecure Men album at my studio and I got a call from Lana, which really surprised me because we had never met, and I was a big fan of hers. She called me and said, "I have a song that I want you to work on with me." I said, sure, and she sent me her vocal with a guitar and an organ. It was very minimal, but the song was already very good. I remember thinking "Her voice sounds so beautiful and rich and textured that I need to get a better vocal mic." I was too scared to sing on the same song as her with one of my shitty microphones. So I called an engineer friend of mine, I said "Listen, you gotta help me, I gotta do this song tomorrow or the next day- I need a good vocal mic." And he hooked me up with his friend [who let me use a mic Johnny Cash sang through.]

I'm really excited because my whole life I never really bothered to get a good mic because I never really considered myself a singer. So I sang through this mic and it really felt like it changed my life. I had never heard my voice sound that good.

I sat and I re-harmonized the song and I played every instrument I could think of - drums, timpani, upright bass, guitar, acoustic guitars, keyboard, strings. I essentially muted the music that she had sent which I was a little nervous about, but it wasn't that what she sent wasn't working, it was that it wasn't in the same harmonization that I was doing. I sent it back to her and she said it's perfect! The first time.

I don't think magically, I'm very scientific minded, but it felt like the universe was reaching down and giving me a nice gift because it really felt like a blessing out of nowhere and I'm very happy about it.