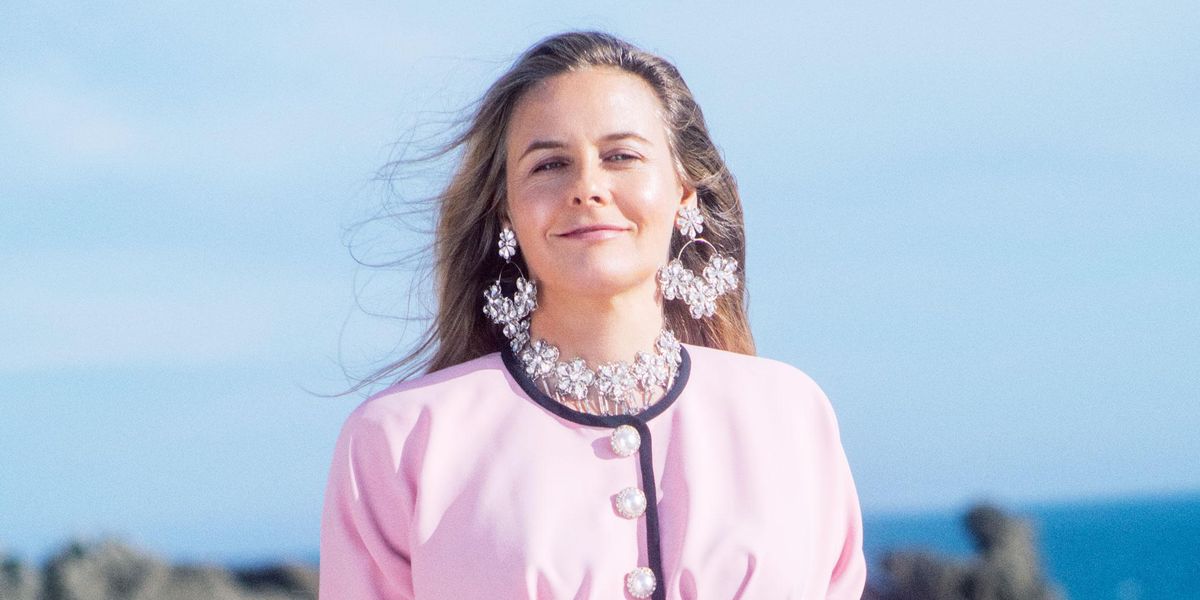 Rodarte may be known for their dreamy runway shows and fantastical sets, but their clever lookbooks have always been just as captivating.

The latter muse is practically synonymous with the Rodarte woman — multi-faceted, romantic, powerful — the same which can be said of Alicia Silverstone, who stars in the brand's latest lookbook for Fall 2021. The finale looks show the actress in a series of dainty and feminine numbers, from a pink and black minidress with pearl details to a yellow floral frock with poofy shoulders and black opera gloves.

Silverstone's iconic role in Clueless provided much of the framework for the collection, which utilized many '90s style references but through their signature abstract and ethereal design aesthetic. Though the collection was completed in February, the sisters wanted to wait a bit longer to get the spring skylight needed to shoot the lookbook in a beach-y oasis for a more cinematic experience.

Other names who joined Silverstone this season include Brother Vellies designer (and founder of the 15% Pledge Aurora James and models Heather Kemesky, Akiima and Lily Stewart, as well as models of different genders and identities — a sequin jogger and matching track jacket on male model Cole Samsara is particularly delightful.

Though this marks the designers' second lookbook in a row, they're excited to return to the runway this September for New York Fashion Week, which is expected to hold in-person shows again. The sisters are part of the newly formed IMG Fashion Alliance (alongside Proenza Schouler, Altuzarra, Monse, LaQuan Smith and more) which will see them commit to showing during NYFW for the next three seasons.