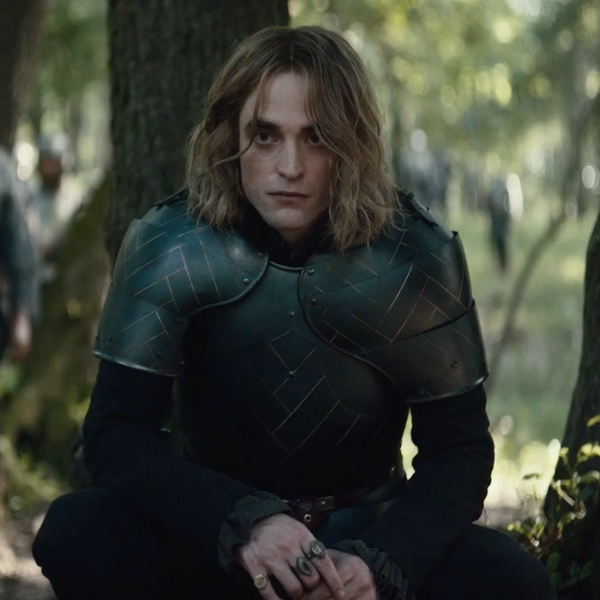 Timothée gets try out a British accent and a bowl cut as the pale and reluctant King Hal (dammit... still hot), who's pushed onto the throne after his tyrannical father dies and forced to figure out what the fuck to do with England in the Middle Ages. He seems to be in love with Catherine, played by Lily-Rose Depp, who he was spotted on dates with last Fall (his Leo phase dawns).

His British accent? Passable "period piece movie voice," though everything he says in the trailer is so generically melodramatic that it's hard to tell if he's really pulling it off.

Unless you're counting futuristic Interstellar and his small role in settler-era Western Hostiles, Tim's biggest roles to date have all been modern boys, like CMBYN's queer, questioning Elio, Lady Bird fuckboy Kyle, and Beautiful Boy's struggling Nic Sheff. These roles haven't only contemporary, but also heralded as zeitgeist-parsing, distinctly 21st century texts. Both The King and his role as Laurie in Little Women will be our first answers to the question of his cheekbones, which look out of a painting from just about any era before 1950, as well as his first exploration of non-classically cute hair styles.

Then there's the matter of Robert Pattinson, who is living his period piece truth in shaggy blonde bundles as The Dauphin, aka some sort of fancy battle-hero knight, who it's unclear if he and Tim are friends or foes with. Yeah.... the wig looks good, and so do his pair of cheek-slicers which are among few in Hollywood to rival Tim's.

Related | The 'Little Women' Trailer, Starring Everyone, Is Here

Rob doesn't often appear in big-budge Blockbusters, anymore. He was apparently so disenchanted by his time in the Twilight franchise and Water For Elephants, that he stuck to critically acclaimed but largely unknown surrealist comedies and horror movies, including his most recent The Light House and short film Fear & Shame, in which plays himself, battling celebrity anxiety in order to leave his apartment and get a hot dog.

Welcome back to the Oscar pool, Rob! Can't wait to see that wig in action.

The King premieres at the Venice Film Festival on September 2, and will be out on Netflix later this fall.