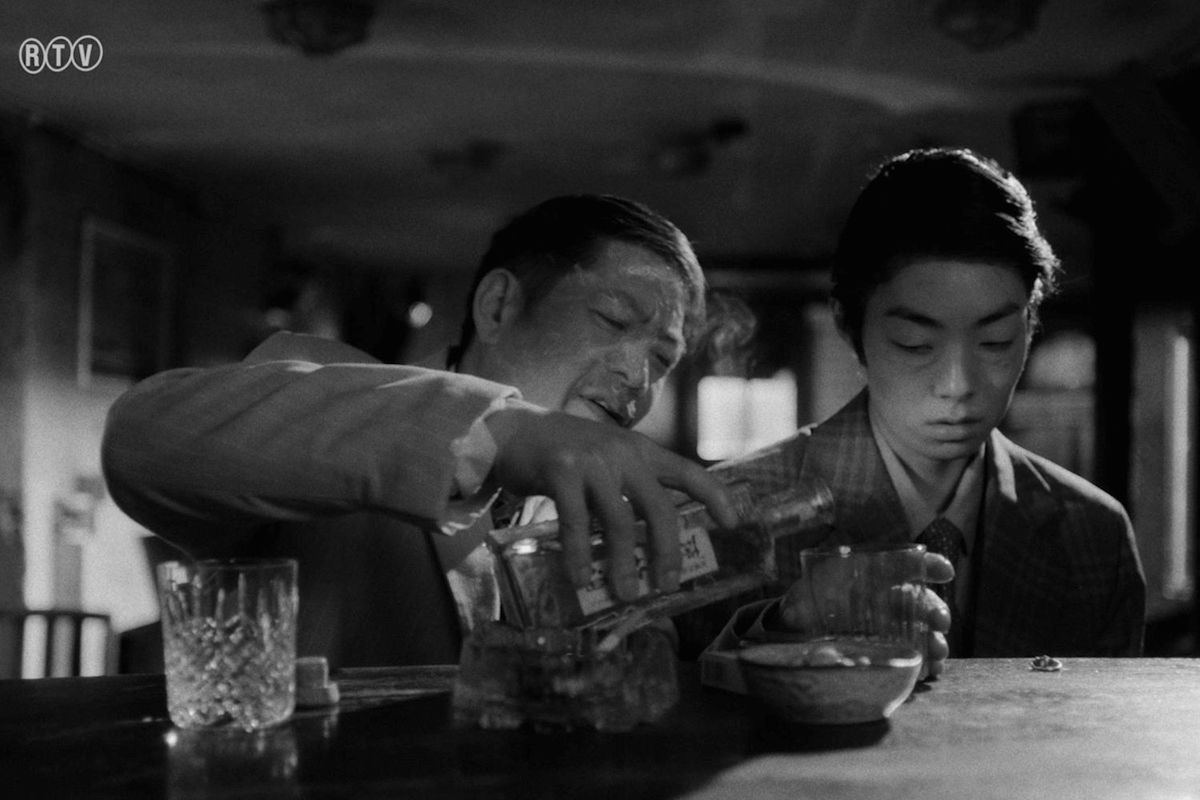 Last month, Rina Sawayama dropped her debut studio album, Sawayama, and we've been enjoying 13 flawless bops ever since. As the follow-up to her 2017 Rina EP, this new album features electro-pop songs about familial love, loss, forgiveness and friendship, as beautifully captured on the LP's eighth track, "Bad Friend."

The song chronicles a relationship between two "best friends forever" that once was full of "singing" their "hearts out" to Carly Rae Jepsen in 2012. It ultimately ended due to a lack of effort on Sawayama's part, as she confesses plainly through her lyrics: "Don't ask me where I've been/ Been avoiding everything/ 'Cause I'm a bad friend."

The film noir style is beloved by Kurr, and something she wanted to emulate in Sawayama's latest release. "I've always loved black-and-white films," Kurr says. "Taking the color away makes the image more graphical. The film noir genre typified this style and so I wanted to draw on it for 'Bad Friend.'"

When "Bad Friend" opens, Sawayama appears as an older man escaping his problems in a bar. This, Kurr explains, was entirely dreamt up by the singer. "It was Rina's idea to be a Japanese businessman. She always gives me a springboard, and then I jump off and take it somewhere else," Kurr says, commending Sawayama's performance. "To me it's one of the best bits of acting I've seen. I don't see Rina, I see this character and that's what makes it so interesting. She brought an authenticity to the character rather than creating a caricature."

When first entering the bar, Sawayama's character appears to be frustrated, until another man sits beside him and slowly gets him to loosen up. Sawayama is dressed in a tailored, plaid suit (styled by Celia Arias), with bags under her eyes that suggest extreme sleep deprivation. Kurr says this was made possible by Natasha Lawes and her team, who "worked tirelessly in the days leading up to the shoot to nail the makeup."

A montage of rapid-fire clips shows the two men down one too many drinks and leave multiple cigarette butts in the bar's ashtray. Their initial bond later turns sour, erupting into a climactic fistfight, complete with a briefcase used as a weapon and terrified onlookers. Stuntman and martial artist Leon Chee Sua can be seen effortlessly fighting Sawayama. Kurr credits this particular moment to Jude Poyer, who designed the scene, and Matt Nee, who edited it.

Six years ago, Sawayama and Kurr first met through a mutual friend: Photographer Thurstan Redding. Kurr details their fateful meeting, and how their bond has grown stronger since then with two music videos together under their belt ("XS" and "STFU"). This has resulted in a rewarding, creative relationship.

"Rina was already a pop goddess and I was like, 'Woah, who is this unbelievably cool person?' Kurr says. "I ended up directing one of her first music videos and we have been doing it ever since. It's an ongoing collaboration and like all relationships, we have developed over the years and are now making work that I am so proud of. Rina trusts me with the concept, I trust her with the performances and the results show for themselves. It's something really special and I feel honored that Rina has let me come along on her journey."

As a filmmaker, Kurr says she especially loves shooting music videos because of their collaborative nature, and having an "amazing producer," Mayling Wong.

"The 'Bad Friend' shoot really typified that because the whole process was a dream," Kurr says. "From conception to shooting to delivering, all the individuals worked harmoniously together and it was a real joy."

Stream "Bad Friend" off Sawayama, below.