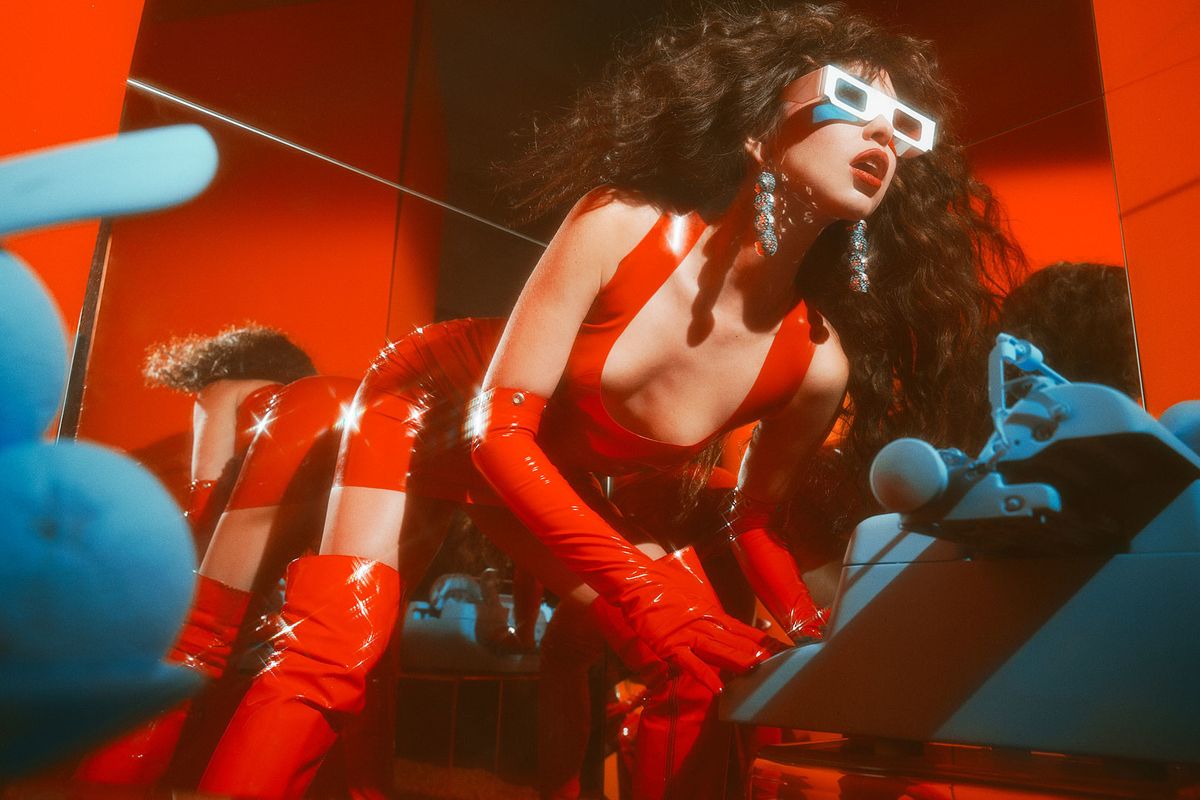 
Riley Reid: I knew that I was always ranked pretty high every month, but I found out after the fact when the article came out because a bunch of fans sent it to me. I know I'm popular, but I was not expecting that.

How have your feelings about the industry changed since you first got started eight years ago?

I've never been in the experience of [Rashida Jones' Netflix series] Hot Girls Wanted or anything like that. I've never had a pimp instead of an agent. But I still was in the lower end of the industry in the beginning. I worked my way up and now I only shoot for the best companies, but I've definitely learned that those situations do exist.

How do you balance your own romantic relationships with this work?

It's complicated. I was in a romantic relationship for about three years, but a couple of weeks ago we took a slight hiatus just because it's hard. Since I've been in the industry, I've had three relationships. My first one was a fellow performer and we were together for about two years, and we got along in pretty much every way. There were no quarrels about porn; even if he was shooting with some girl that I didn't like, I didn't care because you're just making your money, I don't care about that type of stuff. That was a great relationship, but he wasn't there emotionally. So that was just its own thing.

The other two afterwards were people out of the industry, and being with them as a performer has been very complicated. It's never been complicated for me, but it's very hard for someone to be accepting towards sharing their lover. Most people in our culture aren't raised that way. It's hard to find a person who has the same kind of mentality.

People are mostly raised with the model that monogamous relationships are ideal.


Sometimes for me, I just feel like it's on an intellectual level. If you're too emotional, it's going to be too complicated. I don't mean to be like, "you're too dumb." But maybe you have to be able to have a certain understanding. My boyfriend and I, we connected on every level, even when it was complicated for him, he'd just be sad. But it was still hard to be with a lover who doesn't really like it when I'm going to work. Because being a sex worker, that's very important. I'm always putting myself out there. Someone is penetrating me, so I need to be in a positive space. And it's been hard for me to decide if quitting for my significant other is the right choice. But I think maybe not. That's something I battle with. I love my job, and I don't ever want to have to quit doing something for somebody else. I want them to accept me.

What do you love most about it?

The freedom. Being able to do these funny skits — these really over-the-top ridiculous scenarios that don't really happen in real life. I get to live that fantasy out. I may have never gotten the opportunity to dress up a gay boy in a pony outfit and have strap on sex with him. It's also made me so much more open-minded. If my lover ever said, "I want you to fuck me in the ass" and they're a man, I would never speak shamefully of him or think anything wrong of it. I would date a transgender person.

Are there other aspects of the industry that you're interested in?


I have my own website, and I produce, write scripts and style things for it. I do everything besides hold the camera, basically. I recently had the opportunity to really take control of this project I'm so proud of. I cried when I watched it actually, because it was so beautiful to me and so special. It was a dom/sub situation, and it was a girl-on-girl strap-on scene, where one girl signs the contract to be my sub and I dominate her. The way it was shot was very beautiful and very sexy. And it's just something that I'm extremely proud of. Being able to direct and produce it and make myself feel the most sexy with my crew and my set and my production — that's me living out my fantasy.

What's your favorite kind of scene to shoot?

Parts must be really dictated by your physicality.

100%, you have no control. The petite boys will always be banging the older women. I hardly work with younger guys. Most of the guys I work with are older guys because that's what the people want to see.

The #MeToo movement has brought sparked conversations about sexual harassment in the workplace. Is that something that you've encountered in your industry?

I'm actually honestly surprised there hasn't been more of that in my industry. I feel like because we have sex, and girls are walking around naked, the energy is so different. Sex is what we're doing. So it's not like it's a touchy subject or anything like that. There is no sexual tension. Like the sex is happening. You're watching the sex happen. It's not like a car dealership where there is sexual tension, like if there's a little cleavage it's exciting... it's like we're looking at the cleavage. And taking really close up photos of the cleavage.

The taboo is what makes it —

Do you get a lot of weird DMs or obsessive fan mail?

I don't pay attention to a lot of that. As much as I am on social media, it's very work based. I don't post like, "Hanging out with my dog today!" And I don't read my comments, because I know a lot of it is people seeking attention and it's not from a healthy place. I definitely get a lot of emails I can't avoid, and I've had some scary situations and some super fans who've stalked me via the Internet. I don't really respond to too many of my fans, even if they send me a nice email. I don't think it's healthy to develop a cyber relationship with them, for their health. I don't think they'll understand the boundary.

What do you wish people understood about your industry that they don't?


I wish people would accept us more, and that we didn't have this trashy stigma. We are getting more accepted, but when I do occasionally post my intellectual thoughts and post like, "I'm like a big Sam Harris fan," a lot of fans are always surprised at the fact that I have a brain. Having a relationship is really hard, and I don't want to be a mom because of the stigma and the way people treat us.