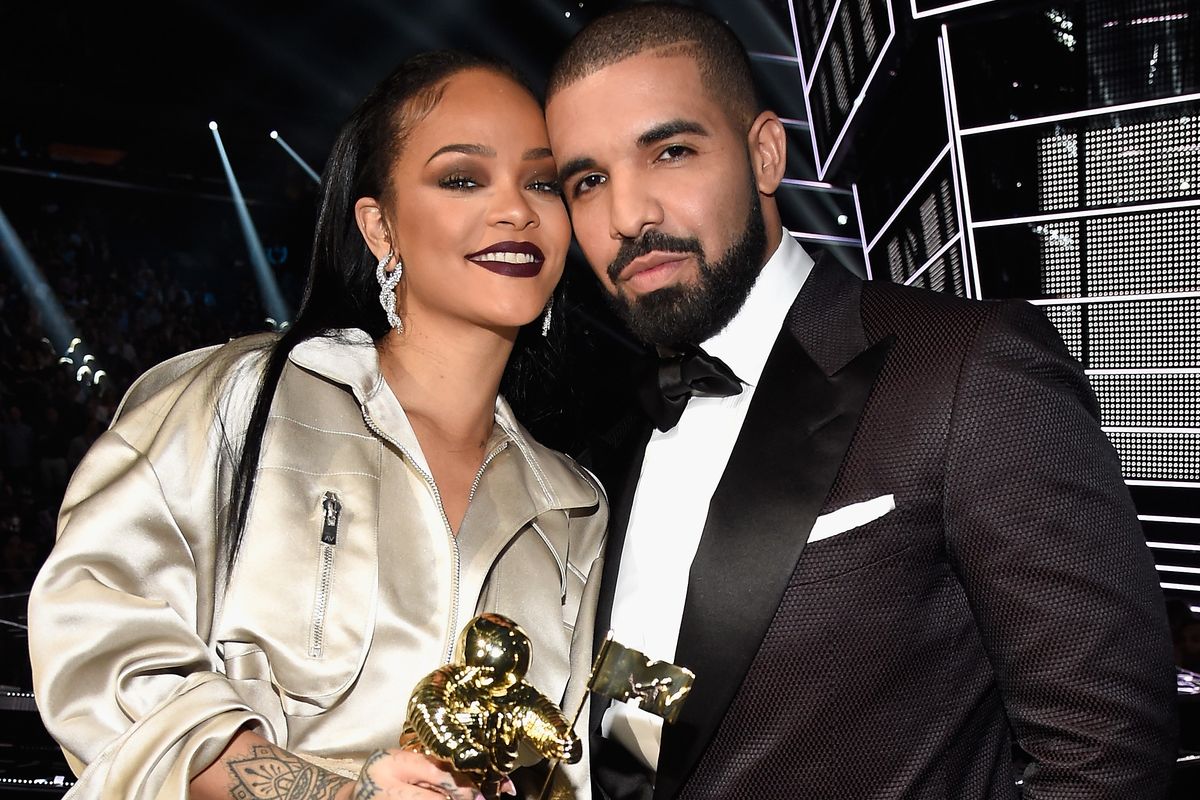 In between the glowing comments and his headline-making 2016 VMAs speech, if there was ever an infamous example of extreme thirst, it would be Drake's love for Rihanna. And though their relationship has always been a source of fan fascination, the buzz surrounding the two recently reached a fever-pitch thanks to a flirtatious online interaction.

It all started yesterday during DJ Spade's Instagram Live set, which brought out a number of celebrity viewers, including Diplo, Funk Flex, and Rih herself.

At some point though, Drake also entered the chat and began teasing the star. From some Fenty-related puns to a playful jab about helping Spade with his wifi to a plea about releasing "R12 right now," Drake appeared to have jokes for days — something that definitely didn't escape the attention of eagle-eyed fans.

Rihanna and Drake interacting in the comments of DJ Spade’s Instagram live. 👀 pic.twitter.com/Bi0EhyhPBr

"Damn quarantine got everybody bored for real," as one Twitter user said, while others took the interaction as an opportunity to clown Drake by writing things like, "Rihanna doing charity."

so drake and rihanna flirting pic.twitter.com/xiCvgnBIDf

drake and rihanna were interacting on ig live last night??? damn quarantine got everybody bored for real

A Rihanna and drake interaction in 2020 pic.twitter.com/Y90tZBDsSf

And though more than a few commenters urged Drake to "stay away from her," Rihanna handled the situation perfectly with what can only be called the best burn of the night.

Her response? "Give Drake some water."

Rihanna: “give drake some water”
LMAO why she keep doing him like this https://t.co/UPuP7qpOse