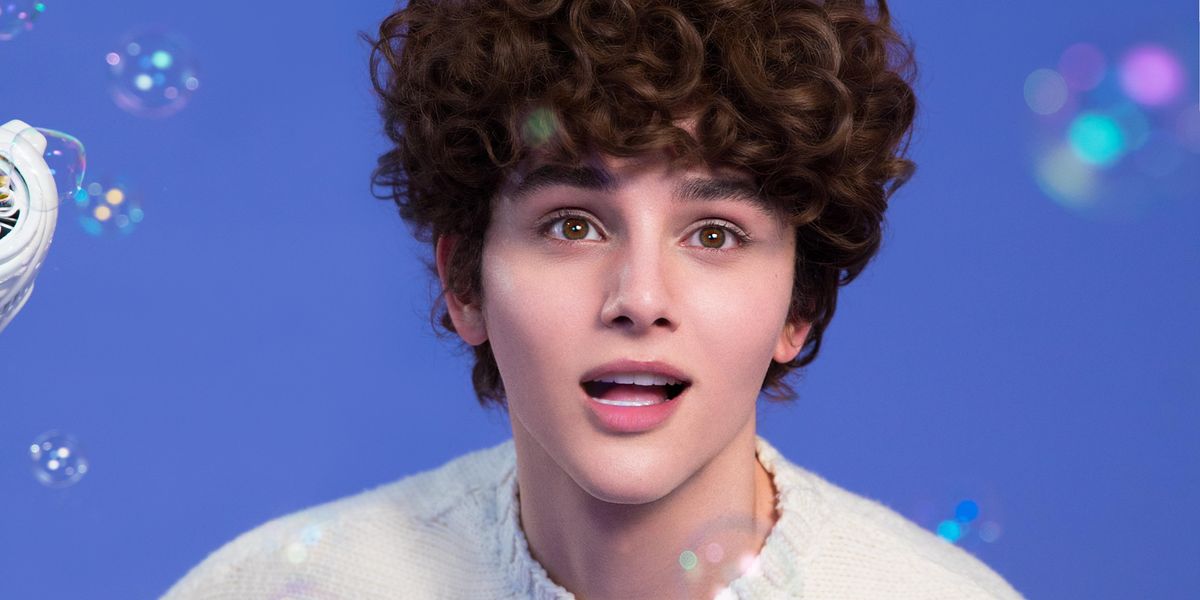 Much like platform peer Addison Rae with "Obsessed," TikTok sensation Reiley is officially pivoting to music with his debut single, "Let It Ring" — and it's already historic. The track notably features the first-ever licensed sample of the official iPhone ringtone, transforming that recognizable jingle into a pop song about ignoring all the lovers who've wronged you. "Keep on calling," Reiley taunts on the hook. "I'ma let it ring."

The track, co-written and co-produced by hitmakers Lostboy, Lauren Aquilina and JHart, arrives this month with a new music video that brings Reiley's bold, colorful TikToks to life in new format. He self-directed the visual alongside Nicholas Lam, who helped Reiley start his journey of defying "what it means to be a male pop artist in 2021" with a "360-degree experience" that communicates through all mediums, from fashion to dance and set design.

While Reiley has nearly 11 million followers on TikTok now, the rising artist's roots are much smaller. Real name Rani, he was born in the Faroe Islands with a population of just over 50k people, where art had always served as his escape from an isolated reality. He experimented with photography, filmmaking and theater, before uploading his first TikTok in 2019 and immediately attracting 10 million views. His recognizable setup — a vibrant backdrop and hanging silver mic — would help establish his online identity and generate 100 million likes in one year.

"I've always relied on music to give me the strength to be who I need to be," Reiley says. "'Let It Ring' came to me at a time where I wasn't really able to cut ties with someone who wasn't good for me — I wasn't able to 'let it ring.' Channeling my energy into the song and embodying the 'Reiley' I wanted to be allowed me to become him. In that sense music can be transformative. Even songs like this."

In honor of his cellphone-related single, PAPER caught up with the breakout Atlantic Records signee to talk about his notes, screenshots, texts and more iPhone secrets, below.

What's your most recent voice memo?

A melodic idea I had, so I can't really transcribe it. It's not even a "dada" melody — it's a "mmmm" melody, so I can't even spell it out.

What's your most recent saved photo?

A promo shot I edited for my Instagram. I've been doing photography and videography since I was 12, so everything on my social media (until now, obviously) has been shot and edited by me. That's come in very handy being a new artist who needs promo shots during a pandemic.

It's of my dog, Bianca. I was in LA and just bought a new phone, so I asked my mom to send me a picture of Bianca cause I missed her.

I've turned that off, I don't need that negativity in my life.

What's written in your most recent note?

My most recent note is the concept for my next music video, so I don't think I can reveal that.

Where's the last place you ordered a car to?

To my apartment in London — I've been quarantined ever since getting here. Follow the rules, people.

What's the last location you searched on Maps?

Where's the last place you ordered food from?

This hiking path I walk back home. It's kinda my safe space where I go for walks with my dog and reflect on the craziness of the past couple of years.

What's the last thing you screenshotted?

A cute text from someone special.

What kind of phone case do you have?

I actually don't have a phone case — call me an adrenaline junkie.

Stream "Let it Ring" by Reiley, below.