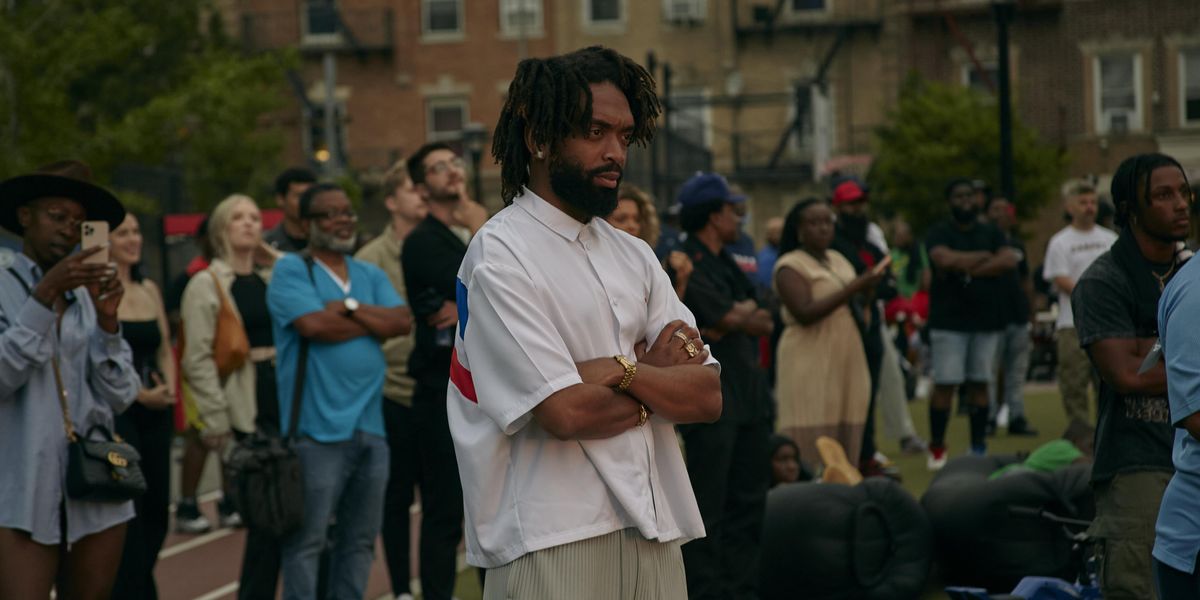 While his first global brand campaign and product line for Reebok won't bow until 2022, he's already been involved in several creative projects, the latest being a new short film directed by him titled "Cratemaster." The film premiered last night at a block party in Brownsville, Brooklyn near the designer's hometown neighborhood of Flatbush.

The event, which featured carnival games and a basketball tournament featuring cast members of the film, was held in the same Brooklyn court where the content was filmed. It was a celebration of sport, hoops heritage and community as a nod to the film's depiction of grassroots basketball and inner-city youth.

"Through CrateMaster, I wanted to make sure to tell an authentic story that's captured through the lens of the street and also shines a light on basketball's roots from which the game's rawest and most formidable players emerge," Jean-Raymond said in a statement. "CrateMaster champions the raw attitude of sport, the spirit of community and the power of aspirations that can only be reached through dedication on the blacktop."

See more images from the event, below.