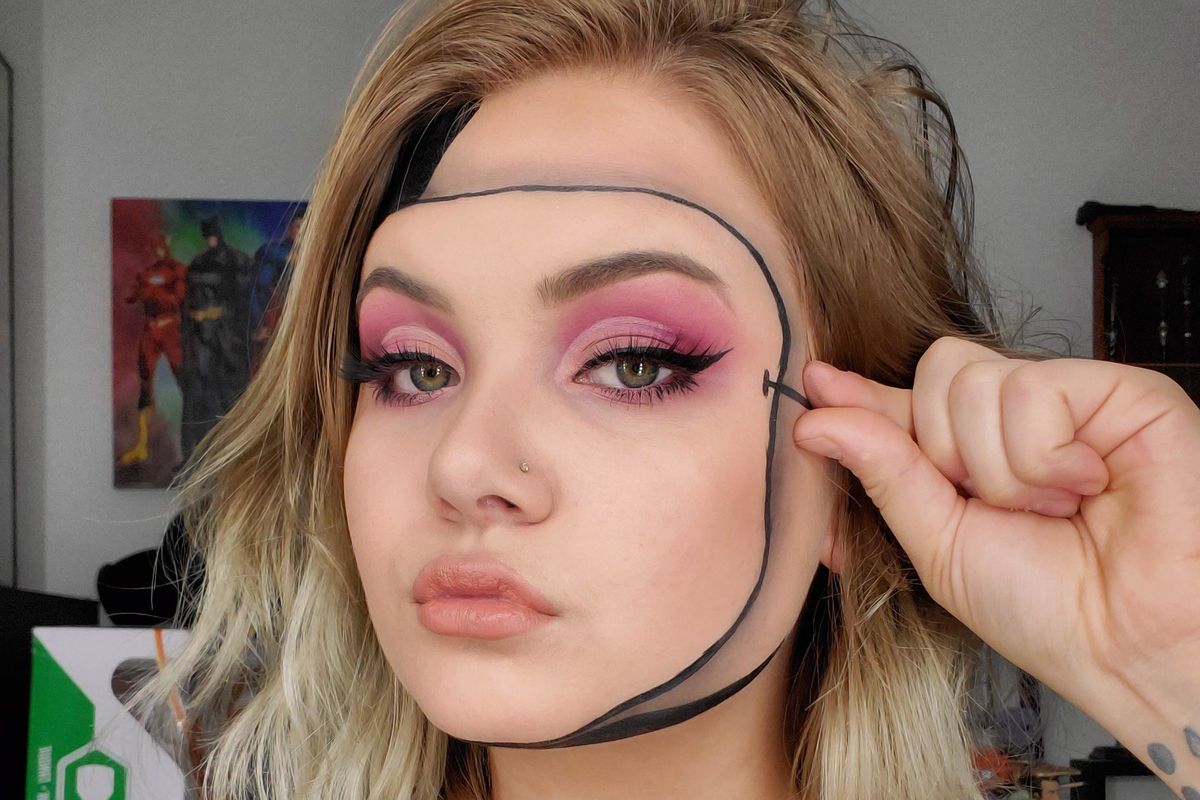 More Optical Illusions on Your Face in 2020

It's no secret that technology is rampantly changing the landscape of beauty. With AR face filters and special effects that can now completely morph your appearance, anything is possible.

And now one makeup artist is taking it to a whole other level. In an image shared on a Reddit thread recently, user TiffanyBlueBitch debuted what other users are calling "a second face."

The look that sees the artist turn her own face into a 3D mask, was crafted primarily using a Kat Von D Liquid eyeliner that was smeared around the edges of the face about three times to create an optical illusion.

"I let it dry and then kinda dabbled over the more transparent spots," she wrote on the thread.

The ultra pink lids were done with the help of a Tattoo Liner and blending different shades of pink from BH Studio Ultimate Neutrals, BH Cosmetics Take Me Back to Brazil, and Makeup Revolution x Tammi Tropical Carnival. For her exaggerated lashes and winged eyeliner, Tiffany used the Pür PRO lashes in Bombshell and Benefit's They're Real mascara.

The look was then finished with a series of special effects. The post has since been inundated with comments praising the skilled artist's work.

Related | This Makeup Artist Transforms Her Face Into Optical Illusions

"I had to look twice. Three times. Maybe more. Very well done, you're talented!" one user wrote."I'm on my stationary bike and I had to stop just to fully appreciate this look.. unbelievably amazing!!!!" another added.

Tiffany isn't the only one to have experimented with 3D makeup. The trend has picked up significantly in the past year, showing up everywhere from Instagram feeds to Tumblr. Vancouver-based makeup artist Mimi Choy, for instance, routinely creates hyperrealistic optical illusions of stretches, blurs and disjoints using just makeup.