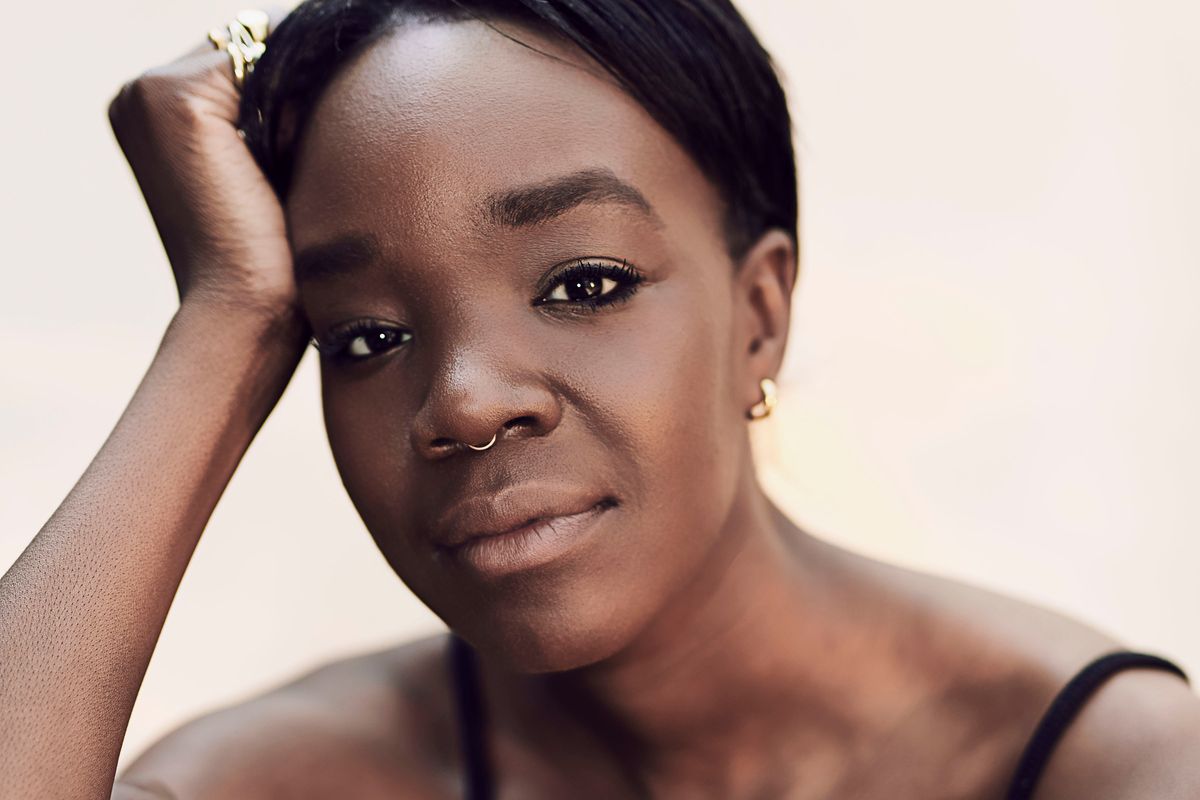 Recho Omondi Can Be Whoever She Wants

Recho Omondi knows what she wants. Her brand, Omondi, just released its fourth line, but she does much more than make clothes. She conceptualizes her designs as part of larger narratives, giving fans of her work experiences, rather than just products to buy. Omondi recently started a podcast, and dreams of one day curating a music festival.

After studying at Savannah College of Art and Design, she worked at companies like Suno and Calvin Klein, originally planning to work her way up the corporate ladder and start a fashion line when she was older. She soon realized that plan wasn't working for her, and launched her own brand, Omondi, in 2014.

"I had design jobs, but the fairy tale trajectory as a young black female didn't seem right or realistic so I just thought I would rather invest 40 to 50 hours a week in myself and bet on that, rather than hoping that someone would give me an opportunity," she says. It's a conundrum that marginalized people face constantly: should they work within a system that makes it incredibly hard for them to advance but that provides a bit of job security, or take the scary step of branching out on their own?

For Omondi, the decision has been fruitful. The brand has released four lines, ranging in color palette from earthy browns, to pinks and pastels, to vibrant greens and yellows, and her personalized embroidered sweatshirts have been worn by people like Insecure's Issa Rae and editor Elaine Welteroth.

The lines are inspired by poetic observations like winter sunrises and films like Great Expectations, which reminded Omondi of a bad relationship she was in. Whatever color she's feeling dictates the direction her designs take. "It always starts with a color and then there's some kind of emotion or feeling that's accompanying that," she says. "I try to get really honest with myself about whatever it is and create a movie or an image around it. Whatever color I'm feeling at that time is showing in everything that I'm doing—in furniture that I'm buying or things on my desktop. When I'm over it, I'm so completely over it that I never want to see it again. Such is everything in my life, including the gentleman [who inspired the Great Expectations line]."

"It's not about having black people on the runway, or in the magazine, or at the show, or in the office. It's about the fact that you have to actually listen to them and actually understand where they're coming from and what the story is. It can't just stop when you see them."

Her clothes are also inspired by her background as a ballet dancer. She gained a familiarity with a needle and thread while sewing elastic onto her dance shoes, and credits her love of tulle and dirty pink—"anything that feels like it's pretty but rugged"—to ballet, as well. Her love of performance and theater also stems from dance and informs the way she thinks about clothing as just one part of a larger production.

Hearing her talk about her work, it makes sense that Omondi started her own project. Her brain works fast and thinks large-scale about transforming the fashion industry, and it's clear that she's set on bringing her vision to life. She says she wishes more designers were into whole-brained thinking—putting effort into not only the clothes, but also what consumers want, the way clothes are presented at shows, and the stories they tell.

She doesn't attend Fashion Week, which she thinks is an outdated way to show clothing. "It's like trying to sell people CDs when everyone streams stuff." Rather than doing a show every six months, she thinks designers should take their time, immersing people in experiences rather than rushing through a collection in 20 minutes. "Fashion is more than just clothing," she says. "It's what's in fashion, what's in vogue, what's in the times. That doesn't just mean clothing, and for me to build the brand that I want, it's a fully encompassed experience."

Make Up: Sheri Terry for NARS at Next Artists

"You realize what they're selling you is a rich white person's dream."

In general, she thinks clothes need more complex, inclusive narratives behind them, ones that represent more peoples' lived experiences. "So much of this industry is about storytelling and about selling aspiration and selling fantasy and dreams. That's the fun part about it, the make-believe aspect. But after so many years of being programmed [to buy into it], you realize what they're selling you is a rich white person's dream."

She emphasizes the importance of complex narratives over token diversity, too. Inclusivity doesn't stop at putting black people in photoshoots and on runways. "It's not about having black people on the runway, or in the magazine, or at the show, or in the office," she says. "It's about the fact that you have to actually listen to them and actually understand where they're coming from and what the story is. It can't just stop when you see them."

Despite all her success, or perhaps because of the singular focus that necessitates it, she still longs for a sense of community, especially in such a historically exclusive space as fashion. She has tweeted about wanting to create a collective of designers, but finds that while in reality a lot of people talk about wanting to collaborate, very few want to put in the level of hard work that she does.

"There's no one else that's doing what I'm doing in America."

"There's no one else that's doing what I'm doing in America," she says. "There's no other black female that's designing for her own brand. It's not a thing. In that sense I feel without community. It's still very much a boys' club. That's why I have a yearning for community, because I'm still alone and I'm not part of these clubs. You can really create strides in culture when there's a group of people saying the same thing at the same time. You look at Wu Tang or Brockhampton or Odd Future or A$AP Mob, I'm so jealous of that. What I'd give to have 12 friends who have nothing to do but our work. We could all get so much further together."

One collaborative effort she has just launched is her fashion podcast, "The Cutting Room Floor," which she hosts, and which features stylists, activists, and models as guests. She describes the project as "Nick Knight's SHOWstudio meets Complex Media's 'Everyday Struggle.'" The decision to start the podcast represents a broader sense of empowerment that she can and should speak up and claim space.

"For so long, I was under this impression that designers shouldn't talk, and should be fake humble and meek and take a bow at the end of a show and let other people talk for them. Then I realized that format wasn't going to work for me. There are so many things to say and I felt if I wasn't going to say them, who was? A lot of black women are used to being told to wait in line, to wait our turn, to not speak up. We're already considered so brash as it is, and you don't want to be too much. I'm a woman, and I'm a person of color, and I'm opinionated, and I'm smart? That's too much," she says. "I always felt like I can't be a critic and a designer at the same time, but actually I can be."