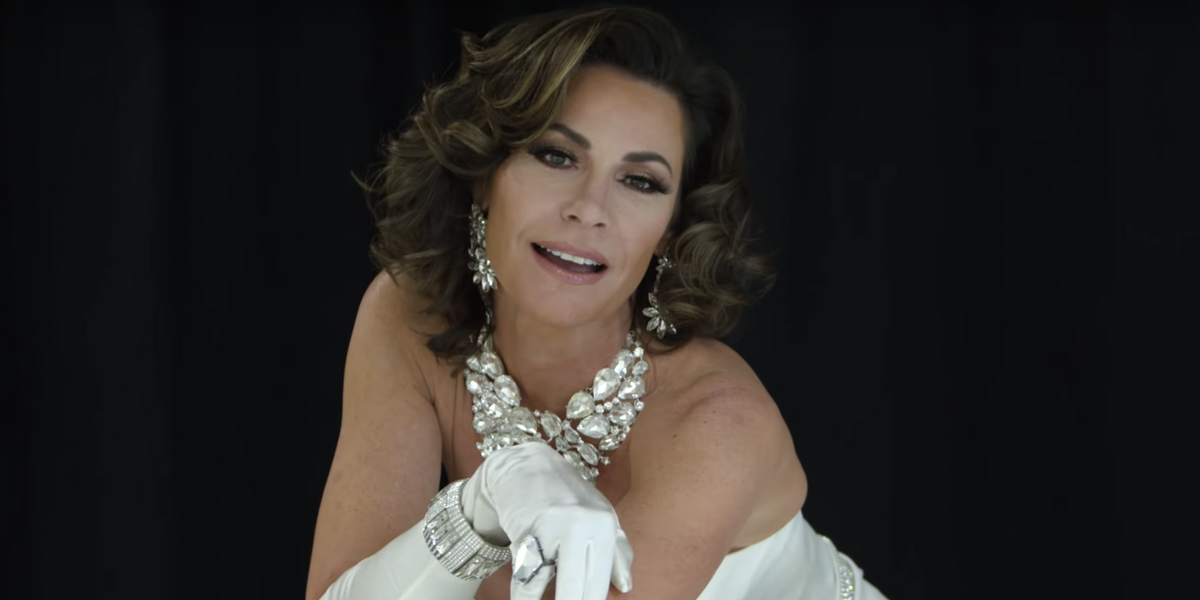 Before we were blessed with the gem that is Countess Luann's "Feelin' Jovani," we endured the trials and tribulations that came along with the massive release of Kim Zolciak-Biermann's "Tardy for the Party." Fans of the Real Housewives franchises and their various extended ventures have been bopping along to the show's analogous hits (and non-hits) for over a decade. While it's difficult to estimate just how many sub-plots over the years have revolved around the wives producing music and filming videos, the true impact of the resulting songs can't be overstated.

Some critics of Housewives might call out the simplicity of the tracks made over the course of the past decade or so, but there's something to be said for the cultural movement they now represent. The mid-Jersey Shore era of monotonous club tracks was at its saturation point when the majority of the songs on this list were made. The wives' music was so influenced by "Dynamite" and "TikTok," that standing alone today, they've carved out a de-facto Housewives-pop genre all for themselves.

While the radio might not play the same lineup of 2010s dance-pop anymore, the pulsating bumps and unces that fill the choruses of some of the Real Housewives' hottest songs will last us a lifetime. Check out PAPER's definitive top 10 ranking of the tracks made across the RHO extended universe, below.

For the General Mills cereal giant Fiber One's summer 2019 ad campaign, multiple housewives were recruited for an intra-franchise musical celebration of the brand's famous bars. "Get work done," the wives chant in unison while twirling and serving looks on a glittery re-blue set. If we're being honest, though, Porsha's lines are the highlight. "I know I look delicious/ Confirmin' your suspicions/ Yeah I've had some work done but/ Rome wasn't built on wishes," she struts and sways at the outset of the song.

9. "Can't Wait To Grow Up" by Milania Giudice

Milania Giudice might not be a main cast member of the Real Housewives of New Jersey like her mother, Teresa Giudice, but she's definitely got enough star quality and sass to qualify as an honorary one. The visual for her first song, "Can't Wait to Grow Up," is an adventure through a mega mall that looks like it was more expensive to film than some major label music video projects. Oh, and who could forget the track's empowering spoken word intro: "We ain't chasing boys/ We chasing checks/ We chasing dreams/ We chasing goals." True.

8. "Gone with the Wind Fabulous" by Kenya Moore

Kenya Moore's Shangela-assisted music video for "Gone with the Wind Fabulous" is as funny as it is bop-y. Pairing comedy perfectly with beauty shots and bumping beats, Moore was able to create a club track that you'll definitely hear playing in a gay club if you stick around and dance long enough. The self love anthem is for all the late night twirlers who just need to remind themselves that they are as fabulous as they want to be.

How does one describe a song as perfect as "Feelin' Jovani?" What started as a meme in Season 10 of the Real Housewives of New York has turned into something so much more. Countess Luann's affinity for iconic NYC evening wear brand Jovani has spawned GIFs galore, sure, but the real gift was her 2019 single about the brand. So slip into your finest Jovani dress, put on your glitziest costume jewelry, and get ready to feel Jovani to Luann's sultry half-spoken dance track.

Porsha Williams' "Flatline" might not be a dance track, but it's undeniably good — from her soothing vocals in the chorus to her emotional acting in the music video, Williams established herself as one of the power players in the Housewives-pop genre with this 2014 track. That, and the makeup looks in the visual are severe.

"I Just Wanna" is the type of guilty pleasure song that was definitely playing in the background the first night at BED when Ron made out with two girls and put his head between a cocktail waitress' breasts. Melissa Gorga brings it all to the dance floor in the video, too, accompanied by Santino Noir, who raps several bye-bye's in a heavy eyeliner look. I think it's safe to say that Gorga wins the RHONJ Grammy for this one.

Yes, Countess Luann gets two entries on this list. Why? Because she's Countess Luann, that's why. "Chic C'est La Vie" is arguably one of the more prolific Real Housewives songs, and it certainly inspired Saturday Night Live's spoof of the franchise's music offshoots, "Classy Sexy Elegance." Also, to be frank, if you don't have the track's repetitive chorus — "Chic c'est la vie, sa bonne sa bonne" — stuck in your head by the end of the three minute song, you should probably listen to it again.

Let's get real: Erika Jayne is a superstar. After guesting on rapper Brooke Candy's new song "Drip" off of her album SEXORCISM, her star power has never been more palpable. Long before the collab, though, Jayne was taking names in the pop world, and the drop of her hit song "XXPEN$IVE" was the gay sonic boom heard 'round the world. Jayne got an SNL parody as well after premiering her music, featuring none other than Larry David.

2. "Tardy for the Party" by Kim Zolciak-Biermann

The other songs on this list are iconic, sure, but "Tardy for the Party" very nearly takes the cake as supreme. Real Housewives of Atlanta OG cast member Kim Zolciak-Biermann's 2009 track shook the world up and basically started the Housewives-pop genre. Produced and written by fellow RHOA cast member Kandi Burruss, the track has stood the test of time as a celebri-pop essential that is still parodied, emulated, and imitated to this day. Kim, we salute you.

Okay Bravo fans, I already know what you're thinking: Kandi's "Don't Think I'm Not" isn't from the Housewives-pop era! Still, we owe credit where credit is due. "Don't Think I'm Not" was an absolute hit in its own right, and still goes off to this day. The production level throughout Kandi's extensive discography is unmatched, and her talent as a songwriter places her on this list in more than just a featured artist capacity. It also earns her the number one spot.