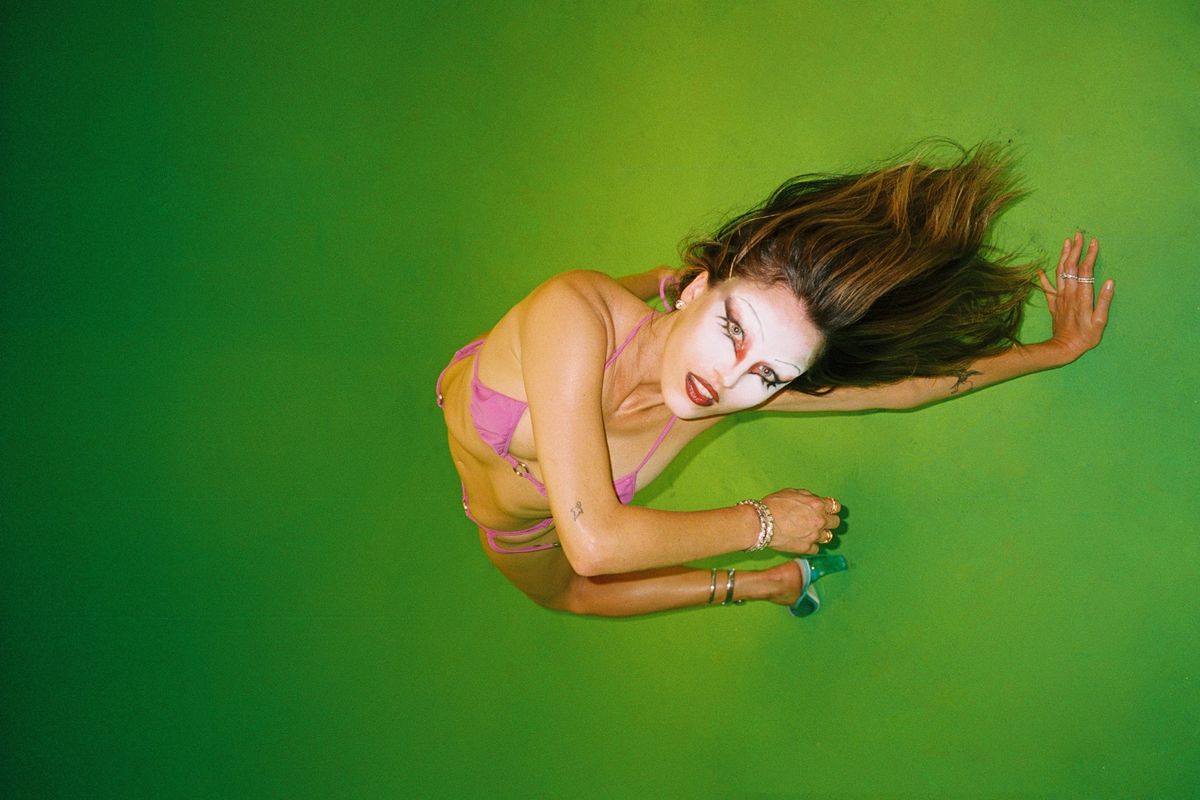 If there ever was a time for Rainsford's self-proclaimed "R&B weirdo-pop," it's now. This year has been nothing short of emotional, and the musician (real name: Rainey Qualley) seems to always emerge with a new single when needed most (whether it's with her danceable bop, "2 Cents," or soulful acoustic ballad, "6ft From Love").

Today, Rainsford captures the feeling of an exciting, new romance with her signature sultry vocals and addictive melodies on new single, "Oh My God." She breathily sings about feeling butterflies, forgetting her own name and tasting pink champagne above slow-burning beats. "Oh my god, I think that I could be your Aphrodite," Rainsford says, lovestruck and lustful.

"I was really trying to write something fun and lighthearted," she says. "You can actually hear me laughing at the top of the track. Typically I'm inspired by my own heartache and my vulnerability, but with the heaviness we are all experiencing in the world right now, I wanted to contribute a bit of levity."

Its atmospheric, accompanying Dana Boulos-directed visual, which premieres today on PAPER, depicts Rainsford as an alluring giant who lives in the clouds. "Oh My God" sees Rainsford consistently feeling herself and flaunting wardrobe changes in-between scenes. She also frightens and observes microscopic people in her free time — that is — before eating them.

"I am so excited to continue creating with my good friend and amazing director Dana Boulos for this video," Rainsford says. "Also very blessed to have trusting friends that let me put them in my bizarre videos. For the visuals, we wanted to do something surreal, sexy, silly and unexpected. The only initial idea I had was that I wanted there to be clown makeup and the rest of the video blossomed from there."

Stream "Oh My God" by Rainsford and watch the PAPER premiere of its music video, above.