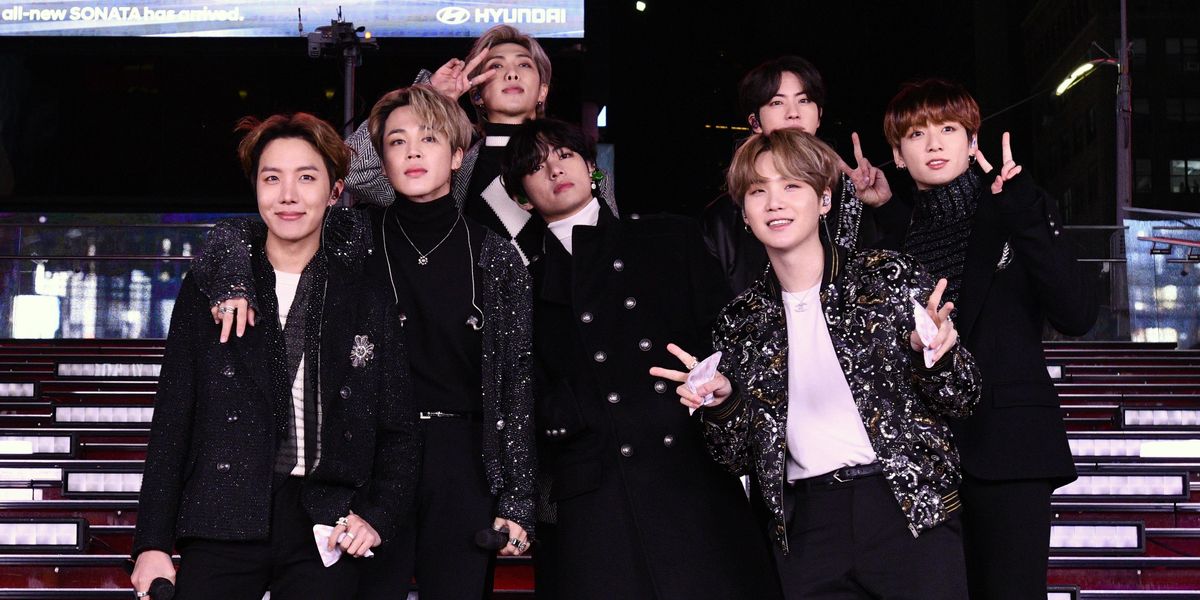 BTS may have made history in February as the first Korean act to ever appear on MTV Unplugged, however this landmark achievement has since been soured by a series of vile, racist statements made by a German presenter named Matthias Matuschik.

On Wednesday, the Bayern 3 radio host apparently took issue with the K-pop superstars' cover of Coldplay's "Fix You," dubbing the performance "blasphemy" while suggesting that the group should be punished by "vacationing in North Korea for the next 20 years." And though his flippant remark was callous enough given the painful history surrounding the division of the Korean Peninsula, Matuschik also went on to equate BTS to the coronavirus before saying he hoped they would be eradicated by a vaccine — an undeniably racist statement that was roundly criticized by fans and fellow musicians.

Subsequently, Bayern 3 issued a weak apology in which they claimed Matuschik was just someone who expresses "his opinion clearly, openly, and unvarnished," per a translation by AP.

"In this case, he overshot the mark in his choice of words in an attempt to present his opinion in an ironically exaggerated manner and with exaggeratedly feigned excitement, and thus hurt the feelings of the BTS fans," the station said, before mentioning that Matushick has been involved in refugee aid efforts and is against racism and xenophobia.

"But, as he assured us, this was in no way his intention," Bayern 3 continued. "He only wanted to express his displeasure about the above-mentioned cover version."

Then, over the weekend, Bayern 3 issued a second apology in which they continued to "stress that Matthias' social engagement to promote a peaceful togetherness among people (in Bavaria) is testament to his conviction that everyone must be treated equally — regardless of their nationality, culture, skin color, sexual orientation or religion." Matushick also added in his own follow-up apology that he was "very sorry" before calling his decision to mention BTS' nationality and comparing them to the coronavirus "completely out of line."

"I have given this a lot of thought over the past few hours and understand and accept that my words racially offended many of you, especially the Asian community," he said. "That was never my intention, but I realize that, in the end, what matters is only how words are perceived — not how they were intended."

Still, the fact that it took both Bayern 3 and Matuschik so long to come to this conclusion is quite troubling as it underscores a level of complacency and a refusal to immediately acknowledge and address the harmful racial implications of his comments, especially when viewed next to Matuschik's initial statement to Buzzfeed Germany about the backlash stemming from his "opinion" upsetting BTS' "fanatical followers."

Adding to this problem is the fact that Matuschik isn't the only person with a platform saying this kind of stuff, seeing as how The Howard Stern Show's Sal Governale previously claimed BTS were carrying the coronavirus during their visit to SiriusXM's New York headquarters. But aside from the issue of making blatantly racist, false connections between BTS and COVID-19, the underlying problem with Matuschik and Governale's comments is that they continue to mirror the same racialized, "yellow peril"-tinged rhetoric that's fueled a marked global increase in anti-Asian sentiment since the on-set of the pandemic.

With deep roots in European imperialism, yellow peril is the xenophobic framing of Asian people as an existential threat to the "civilized" Western world. Believed to have been coined by German Kaiser Wilhelm II to unify European nations against the threat of the "uncivilized" East in the 19th Century, this particular form of "Othering" relies on characterizing an entire race as "backwards" and "dirty" — demonizing them as "barbarians" who come carrying "disease."

And while yellow peril was infamously weaponized by the U.S. government to pass the Chinese Exclusion Act in 1882, the unfortunate reality is that this bigoted ideology, while less overt, is still very much alive and well today.

Reflected within former president Trump's reference to the coronavirus as "the Chinese virus," the economic crises stemming from the continued avoidance of Chinatowns around the world, and the use of COVID-related xenophobia by far-right political groups to fuel anti-immigrant and white supremacist agendas, it's obvious that the perceived threat of yellow peril never really went away. All that happened is that it remained dormant until this pandemic, when pundits and politicians started a conspiratorial discourse spurring an underlying suspicion of Chinese people.

And as others have pointed out, with the West's tendency to view Asia and its people as a monolith, this distrust has since extended to Asian people as a whole — to terrifying results.

Granted, the harm caused by this Othering isn't just contained to rhetoric. Since the beginning of the pandemic, there's been a dramatic rise in racist violence and discrimination against Asian people across the globe. In 2020, the organization Stop AAPI Hate received 2,808 reports of anti-Asian discrimination in the U.S. alone, with the NYPD also reporting a 1,900% rise in anti-Asian hate crimes just within New York City.

Alongside this, a number of violent attacks perpetrated against elderly Asian-Americans in NYC and the Bay Area in 2021 have also stoked fear and paranoia within the community, though many also noted that there are likely many more incidents that have gone unreported. And while President Joe Biden tried to change course from the Trump administration by signing a memorandum openly denouncing anti-Asian discrimination, racism and xenophobia, that still doesn't erase the fact that there remains a strong link between rhetoric that racializes the coronavirus and the violence and hostility being faced by many of us, right now.

But this is also why comments like Matuschik's should be called out for what they are: Racist and xenophobic. Because intention or not, his "joke" — already disturbing and dehumanizing enough given that 2.5 million people have died from COVID-19 worldwide — is a statement that encourages these kinds of widespread and harmful attitudes to continue to fester and grow, especially when accountability takes this long.

So while Matuschik's knee-jerk reaction was to attribute the backlash to people being upset with his "opinion," as many have continued to tell him since, "Racism is not an opinion," and we should all stop tolerating it as such.