Between Netflix, Hulu, Prime Video, Apple TV, Disney+, and HBO GO, we've almost reached the point where all our streaming services add up to the cost of cable. Enter Quibi, which launches today. While it adds a few bucks to the bundle, it aims to beat its competitors by playing the game a little differently.

The new streaming service is out with 50 different programs that include unscripted reality shows, short-form documentaries, films and news. But if the content sounds familiar, what sets Quibi apart is format. Each episode is less than 10 minutes long, and is designed to be watched on a phone. Quibi, it turns out, is short for "quick bite," and promo materials lean heavily into the idea of "snackable content."

Founded by business and entertainment heavy-hitters Meg Whitman and Jeffrey Katzenberg, Quibi has lined up an impressive slate of celebrities to anchor their programming. Feature-length movies, which are broken down into 10-minute or less chapters, star the likes of Sophie Turner, Liam Hemsworth and Anna Kendrick, while Quibi's unscripted content features everyone from Jennifer Lopez spreading good vibes (and $100,000 cash) in Thanks a Million to Chance the Rapper hosting a reboot of MTV's Punk'd. 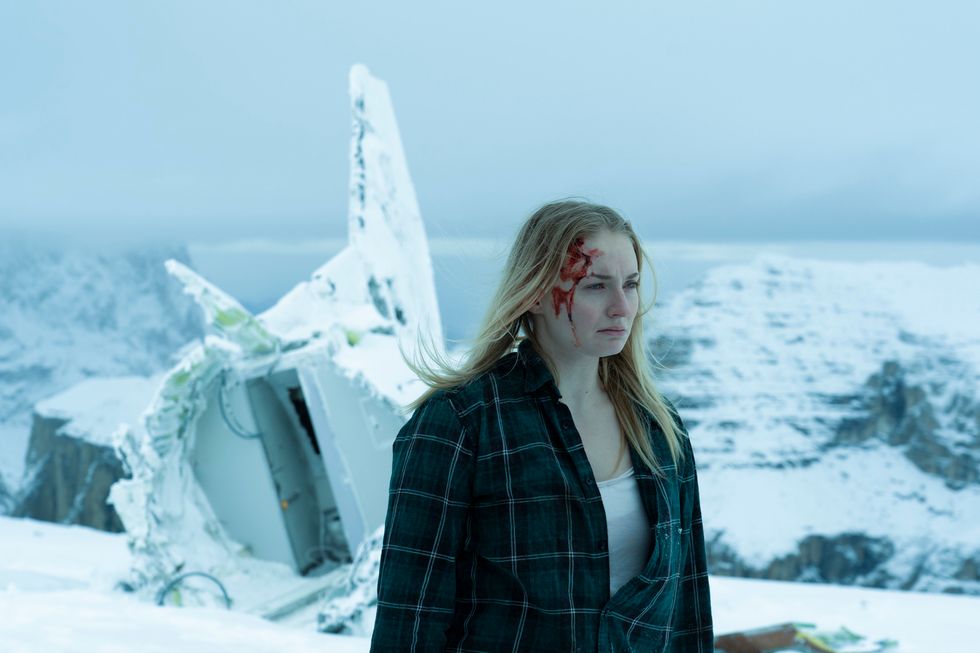 Sophie Turner in a scene from Quibi film "Survive"

Beyond content that's short enough to view in the time it takes to scroll through Netflix, the platform leverages technology to take the term "mobile-friendly" to a whole new level. Using something Quibi calls "TurnStyle", every show can be viewed horizontally or vertically on a phone without disrupting its flow. That requires content to be shot and edited in two angles. What sounds like a pain was a fun challenge for Rebecca Thomas, the 35-year-old director of When the Streetlights Come On, a coming-of-age murder mystery set in 1995 (complete with Marilyn Manson references and Ace of Base on the soundtrack). Thomas grew up Mormon in Las Vegas and went on a mission to Japan where she learned Japanese and how to read manga and anime vertically. "From manga and becoming a complete nerd, I fell in love with vertical paneling. So I thought this was rad."

She says they storyboarded the show so it could work both ways. "It was sort of a mind melt at first but then you start to re-block the actors and focus on making beautiful and bold aspect ratios, and I nerded out. And to show different perspectives when you turn the phone is something that's really cool that I want to try." Thomas is referring to select Quibi content which shows a different character's perspective when you turn the phone, and she hopes her next Quibi project will be among them.

But the TurnStyle challenge isn't exactly what drew Thomas to Quibi. When the Streetlights Come On started as a feature script that was on Black List many years ago and then was created as a Hulu pilot that didn't get picked up. "It sat on a shelf forever and Quibi has been redeeming these great, lost projects or projects that have been trapped in development."

Spoken like a true 18-year-old, Jacobs says he was attracted to the project because "it's a really innovative way to put out content." Beyond the format being cool, he says it brought the best out of him as an actor: "I approached it as both [a movie and a TV show]. I looked at it as a series with a character that evolves with every episode, but the intensity of the shoot and how focused I was made it feel like a feature."

Related | No One Is Safe on Chance the Rapper's 'Punk'd'

But will hip directors and actors be enough to make Quibi take off? The platform launches at a strange time in human history. Nearly all of America is under order to remain at home through at least April 30. While that's led to a surge in streaming services like Netflix, more bite-sized entertainment products like podcasts have taken a big hit. The thinking is that without commutes in LA traffic or on NYC subways, people are turning to Tiger King. That could be a major challenge for Quibi. In January, CEO Meg Whitman told Vanity Fair, "Quibi is not a substitute or a competitor for television. Our [service] is exclusively about what you do from 7 AM to 7 PM on your phone."

Talking to PAPER, Whitman doesn't sound too worried. "People still have in-between moments. They're just different in-between moments," she says. Part of Whitman's calm could be explained by the enormous slate of content they're set to launch throughout the year: more than 175 original shows and 8,500 "quick bites" of content. Or it could be that they've already raised $1.75 billion in funding. 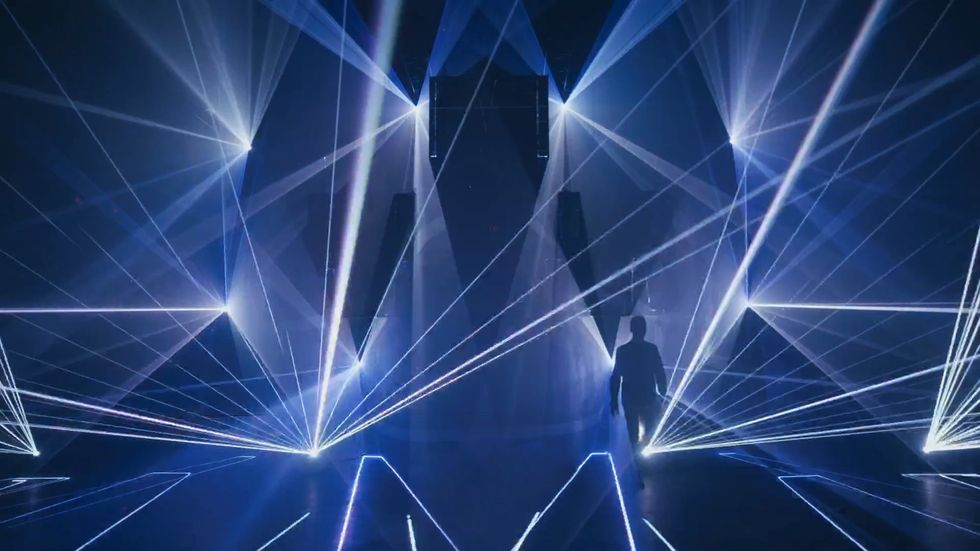 The money comes with a lot of connections, and that's crucial for young creators who are getting their big break on Quibi. Harrison Macks, 28, and J.P. Stiles, 27, are the directors of &Music, a docuseries that highlights the essential behind-the-scenes partners of some of music's biggest acts. They created a sizzle reel using footage they shot with DJ Martin Garrix and his lighting designer Gabe Fraboni in Amsterdam that was originally intended to be a standalone documentary. They showed the footage to a production company called OBB Pictures, which is connected to music manager Scooter Braun. He loved it. As the story was relayed to them, Scooter happened to be having breakfast with Jeffrey Katzenberg the next day, and he wanted to buy &Music on the spot. From there, the project came together quickly. Quibi not only transformed their original concept into a series of 10-minute episodes, but also granted them access to subjects like Ariana Grande and her choreographers Scott and Brian Nicholson.

It's a story Hollywood dreams are built on. "This was an opportunity we couldn't pass up," Macks said.

Quibi's lineup is full of young, unknown creatives, but they're matched with Hollywood A-listers. One such star is Sophie Turner, who helms Survive, a thriller co-starring Corey Hawkins (Straight Outta Compton and the forthcoming In the Heights) about a suicidal young woman (played by Turner) who survives a plane crash with Hawkins's character. Survive is among Turner's first projects since her run on Game of Thrones and the X-Men films.

Turner says the "movie in chapters" form was both a treat and a challenge. "There had to be so much condensing and expanding of storylines per episode to ensure we fit enough into ten minutes to tell a story and become a vehicle for the characters to start off in one place and end up in another by the end of each episode," she says. "Both literally and figuratively."

Turner's husband, Joe Jonas, is also involved with Quibi, launching the literal opposite of a show about a plane crash later in the month: an unscripted travel series called Cup of Joe. It's a testament to Quibi's range (and deep pockets).

"We don't produce anything," Whitman explains of their content strategy. "We commission the content. The very first thing [Jeffrey Katzenberg and I] did was establish a top-notch team of young creatives in Hollywood." She says before the coronavirus shut down the country, they were receiving upwards of 100 pitches a week.

So for almost every Reese Witherspoon-produced show like Fierce Queens (a nature series, believe it or not) there's something by up-and-comers, like Gayme Show which pairs two straight contestants with a celebrity "life partner" in a series of challenges co-hosted by gay comedians Matt Rogers and Dave Mizzoni. Quibi is also appointing Chrissy Teigen a judge in Chrissy's Court, which settles petty disputes with help from breakout star Vilailuck "Pepper Thai" Teigen (her mom); it's giving Lena Waithe a series about sneaker culture; and it's highlighting Lebron James's efforts to help struggling students in his hometown of Akron, Ohio succeed through the I Promise school, a public school funded by his family foundation. 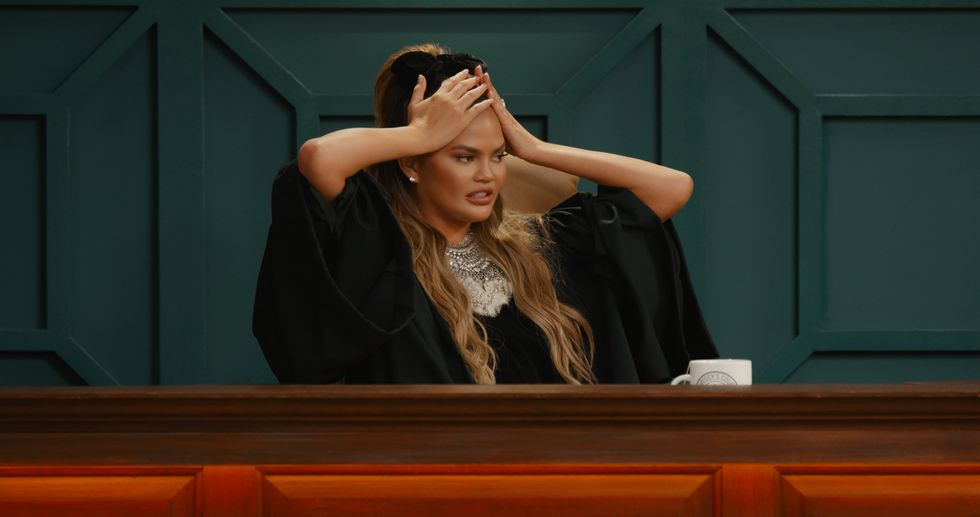 Chrissy Teigen in a scene from "Chrissy's Court"

If Quibi has something for everyone, how will everyone react to content meant to be viewed alone on your phone? It's the opposite of the communal viewing that's fueling the popularity of Netflix Party right now.

Thomas says one of her favorite experiences is going to the theater alone. She loves to be scared alone, too. She says she relished filming When the Streetlights Come On's spookier moments knowing people might be watching on their phone in bed.

Whitman talks about scenarios where a family is all in the same room doing different things on their phones as one where Quibi works. And if it doesn't, she's already thinking about how the platform will continue to evolve. "Eventually I hope to have a feature on the app where you can synchronize watching together," she says, while acknowledging that'd take a fair amount of engineering. "But we probably wish we had that right now," she adds with a laugh.

So will Quibi break through? While it may take longer than ten minutes to tell, a deep bench of stars, filmmakers and investors have already placed big bets that the answer is yes.

Take a Virtual Tour of Fashion's Most Iconic Images