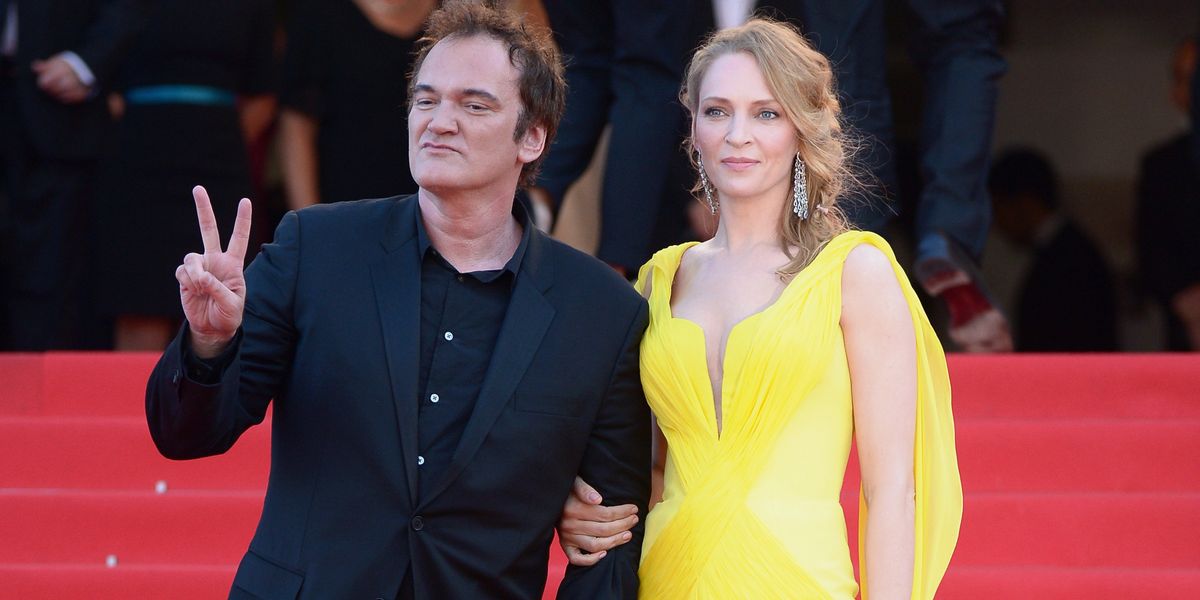 Legendary director Quentin Tarantino caught a whole lot of flak after the New York Times published Uma Thurman's revelations on Harvey Weinstein (which included a healthy amount of blame thrown Tarantino's way), and now the director has come forward with his own account of events.

Addressing his refusal to comment on the initial story, Tarantino told Deadline in a new interview that he and journalist Maureen Dowd "never hooked up" but upon reading the article he realized that "basically it seemed like all the other guys lawyered up, so they weren't even allowed to be named. And, through mostly Maureen Dowd's prose, I ended up taking the hit and taking the heat." Tarantino was subsequently asked to address the on-set car crash and the subsequent injuries Thurman sustained. Thurman also claimed Tarantino was enraged when she initially refused to drive the "death trap" and pressured her to do so. Ed note: We've included the footage of the event, be warned some may find it triggering.

"I'm sure when it was brought up to me, that I rolled my eyes and was irritated," Tarantino said. "But I'm sure I wasn't in a rage and I wasn't livid... As a director, you learn things and sometimes you learn them through horrendous mistakes."

Tarantino confirms that when he confronted Weinstein regarding his abuse of Thurman, the producer apparently apologized and tried to alter facts. "When he tried to wriggle out of it, and how things actually happened, I never bought his story. I said, I don't believe you. I believe her. And if you want to do Kill Bill, you need to make this right."

The director also backed up Thurman's claims that he spit on and choked her on camera himself, although believes Downs insertion of those particular incidents into the feature infer that they were were not consensual, whereas Tarantino clarifies Thurman was comfortable with his involvement.

After the story broke a video went viral of Howard Stern's 2003 interview with Tarantino. In it, Tarantino defends convicted rapist and director Roman Polanski, and goes back and forth with Stern and Quivers, suggesting Polanski be absolved.

"He didn't rape a 13-year-old. It was statutory rape … he had sex with a minor. That's not rape. To me, when you use the word rape, you're talking about violent, throwing them down — it's like one of the most violent crimes in the world. You can't throw the word rape around. It's like throwing the word "racist" around. It doesn't apply to everything people use it for.

Tarantino: He was guilty of having sex with a minor …
Quivers: That she didn't want to have.
Tarantino: No, that was not the case at all. She wanted to have it and dated the guy and —
Quivers: She was 13!
Howard Stern: "If you have sex with a 13-year-old girl and you're a grown man, you know that that's wrong."