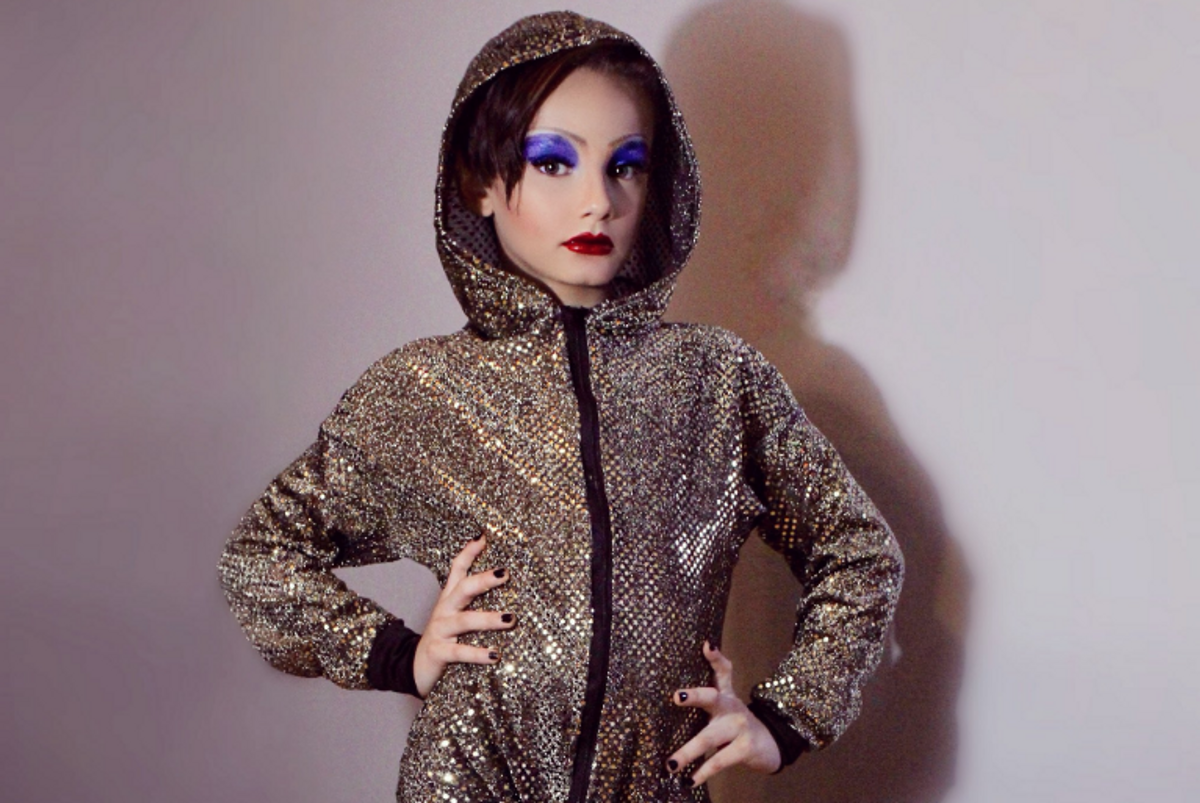 Our beloved 9-year-old bb drag princess Queen Lactatia is the new covergirl of queer artist and designer Brandon Hilton's fashion label House of Mann. That's the good news. As Montreal's most fiercely unapologetic beacon of authenticity, what would Lactatia, born Nemis Quinn Mélançon Golden, ever have to be sorry about? He's nine, and inspiring.

Apparently, all it takes for the underground surge of five-headed swamp trolls to rise these days is presenting a non-normative identity, and like, existing. So, the bad news — and it makes us cry — but the announcement, hailed by a series of iconic shots featuring Lactatia in a sequined full-coverage onesie — was followed by death threats and accusations of sexual abuse, ranging from 4chan and Twitter and spreading to right-wing outlets like The Daily Caller and Breitbart News. Hilton said he even received anonymous threats claiming someone ordered a hit to kill him via Bitcoin. Severe.

It should go without saying that Hilton and Lactatia have a professional relationship that seems built on artistry and mutual trust. Hilton, a professional drag queen himself, had heard about the sensational 9-year-old, and fully intended on making something for Lactatia to wear from his clothing line. Culturally speaking and for context, this is of course in line with how up-and-coming drag queens often have more established drag mothers who look out for them, lending outfits, booking them as opening acts for their shows, etc. Needless to say it's an act of love, family, and community. "We were completely planning on making her something original, but she picked the sequin onesie off the website and loved it," Hilton said in an interview with HuffPost. "So we made one in her size and sent it to her. Then her mom took photos of her in it."

To the haters, Hilton had this to say on Twitter:

woke up to countless tweets telling me “kill yourself" and calling me a “pedo" after we announced 9 year old drag superstar Lactatia as our new HOUSE OF MANN covergirl...

If you can't handle a kid in a sequin onesie, maybe the future isn't for you! pic.twitter.com/7HPbwzbMYX
— Brandon Hilton (@BRANDONHILTON) January 6, 2018

Lactatia's mother similarly shut down critics who felt that Lactatia was somehow being sexualized in the images. "People fundamentally do not understand what drag and drag performance is," she told HuffPost. "Consequently, those people do not want to understand it either, so it makes explaining or defending it useless. We were honored that House of Mann chose to gift Lactatia with an amazing drag piece, especially since it was custom to size. It's hard finding drag-appropriate attire in kid's sizes."

What's important to note is that Hilton's decision to have Queen Lactatia be the face of his work plays a major role in the journey toward self-acceptance for all kids who color outside the lines. I can't speak for everyone, but if the 9-year-old me saw this 9-year-old back then, the world would've felt like a much safer, less scary, less monstrous, more free and colorful world. And also, do people have eyes? The image of Queen Lactatia in question is glorious, not condemnable.