Twenty-two-year-old Pyper America Smith might be the self-proclaimed "little alien" of her dynamic family of artists, but it's the model's multi-hyphenate status that's really out of this world. From playing in the family band as a kid to trying her hand at modeling like her mother and older sister, the second youngest of four siblings is nowhere near done honing her talents. Now the musician-turned-model-turned-actress is setting her sights on some happy combination of all these gigs and gearing up to direct. The ethereal beauty poses alongside her baby brother, Lucky Blue, and tells PAPER how she went from small-town Utah to Los Angeles, learning the ropes of modeling and setting her sights on some lofty dreams.

You got your start in modeling after your older sister took a crack at it and introduced the family. What were your first modeling experiences like?

When I was younger, the only real concept I had of modeling came from my mom sharing stories about her time as a model. She always tells the story of when she was in Milan and called my dad and said she was done and was coming home to make babies with him haha! My sister, on the other hand, did pageants and photoshoots and wanted nothing more than to follow in our mom's footsteps. When I first got on set, I felt comfortable in front of people and the camera because I grew up performing in the band with my siblings and performing comedy skits in the family room. But I've learned a lot about how to move my body for a camera since I started and there has been a huge learning curve with understanding the industry. 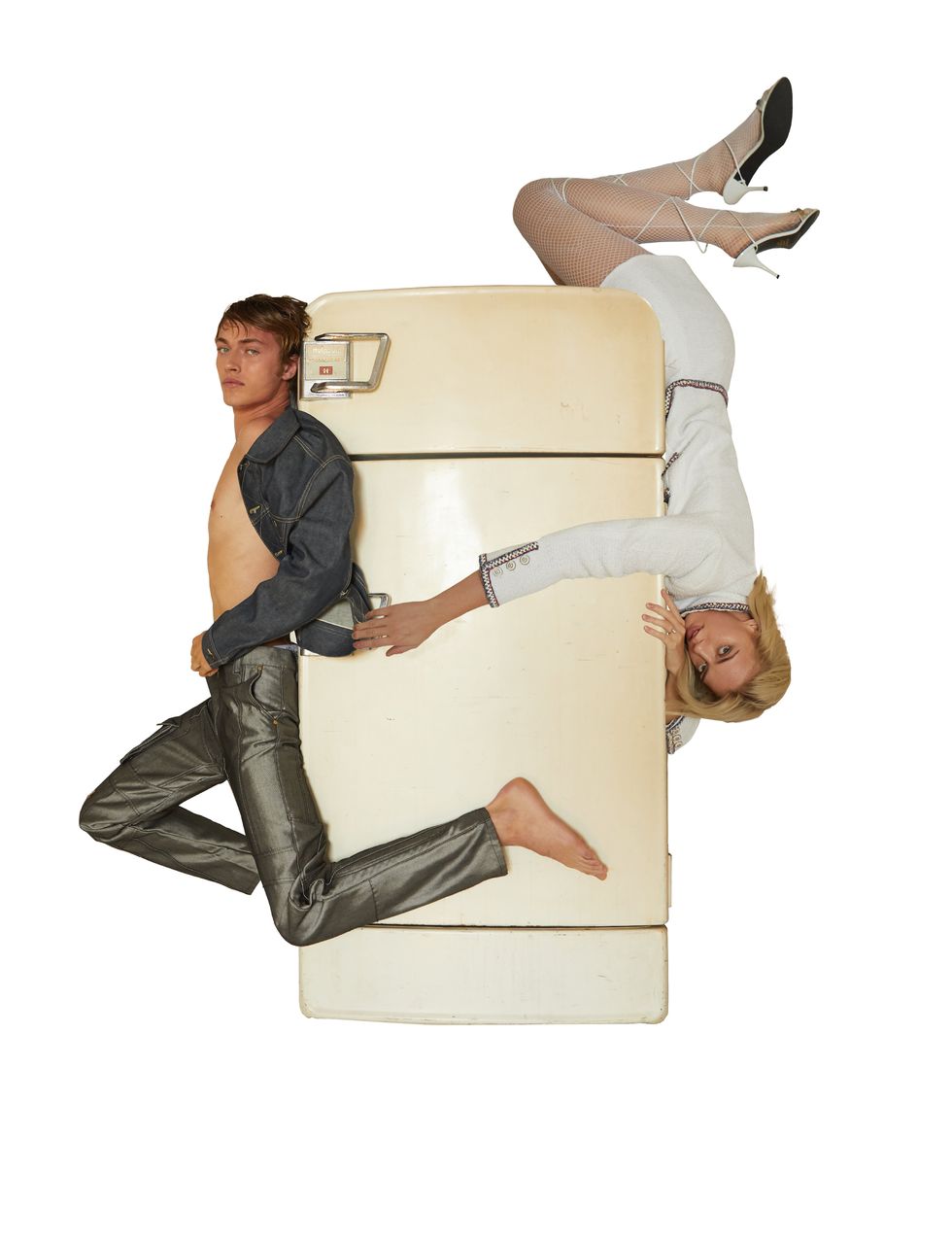 You're also a multi-hyphenate artist that works as a model, a musician and a budding comedic actress. How do all these different passions inform each other? Would you say you're one thing first and foremost?

All of these things have to do with performing. When I'm on set modeling, I'm representing a team's vision or a brand and what I'm wearing affects how I perform. When I'm up on stage with a bass in my hands, the sounds I create energize me and I melt into it. There's nothing like playing music live in a dark club for a crowd. I fall around and the music really moves me. I get dizzy and feel free. And then with comedy, when I'm facing my phone to film myself as a character, I don't think, I just know the character I'm pretending to be and go until I'm laughing too much and I'm taken out of character. There are different levels of preparation for these different performances. Lately, and for the first time ever, I'm being extremely conscious about what gets me going to create. What exactly inspires me and makes me light up inside. I'm keeping track so that I know how to turn that on when it's time — when I want to create something. But performing, I really don't put too much thought into. I just improvise and build on what comes out of me.

You developed some really funny characters for pyper.tv channel. Where does your inspiration for these characters come from? Any new ones you're playing with now?

It all started when I was with a friend and he kept asking me to put on different characters like a soccer mom or a Beverly Hills housewife and we kept going with that one. Beverly Hills Mom definitely comes from my idea of that cliché stereotype. My favorite type of comedy is mockumentary, based off of real life. When people are real, I find that the funniest and I'm just beginning to understand what my sense of humor is. I've been lazily playing with a southern trailer trash-type gossip queen character. I think my generation's sense of humor is just a solid relatable meme. It's truth we get. It's quirky and real. My generation craves truth and realness especially in this new-ish world of broadcasting the highlight reel [on social media]. 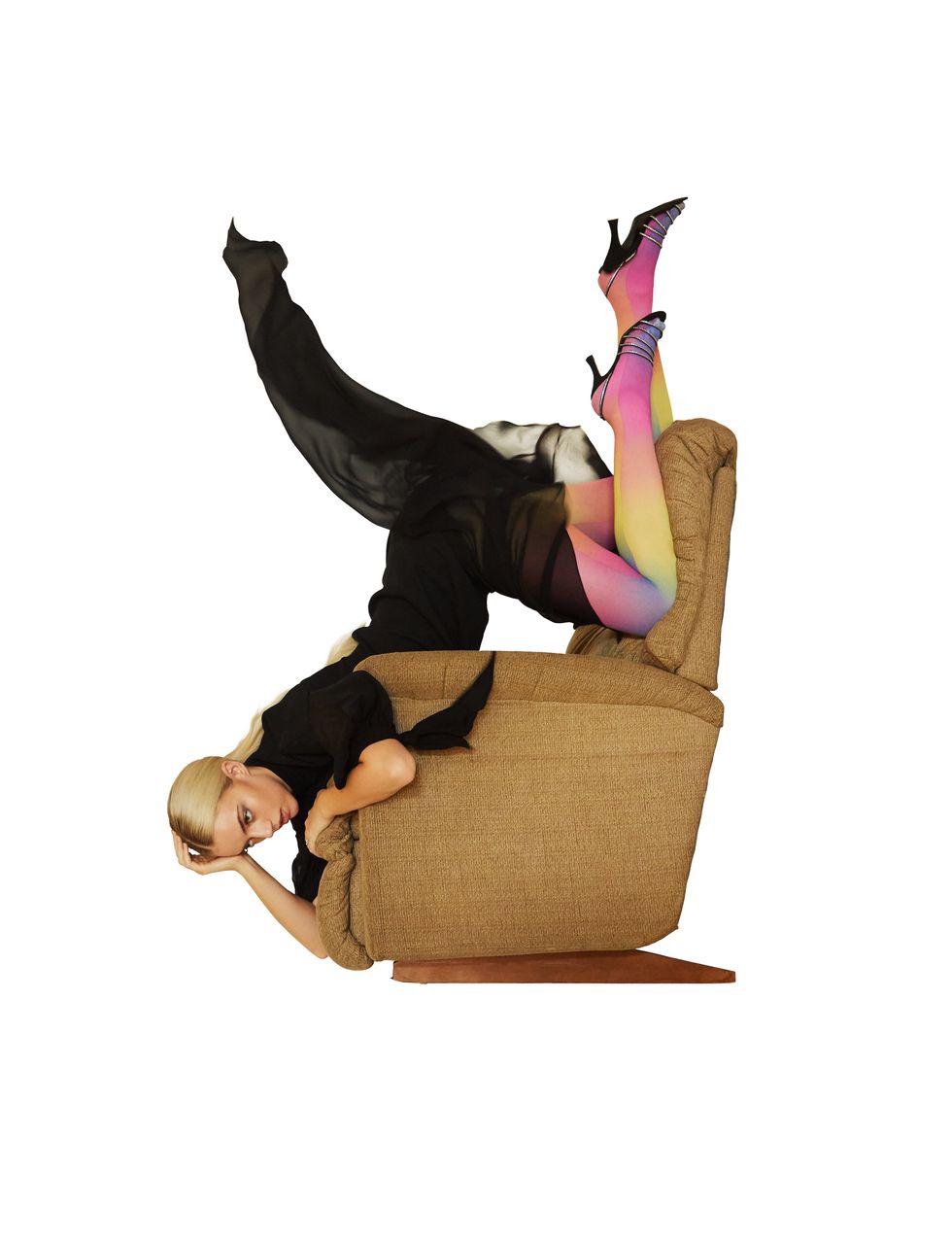 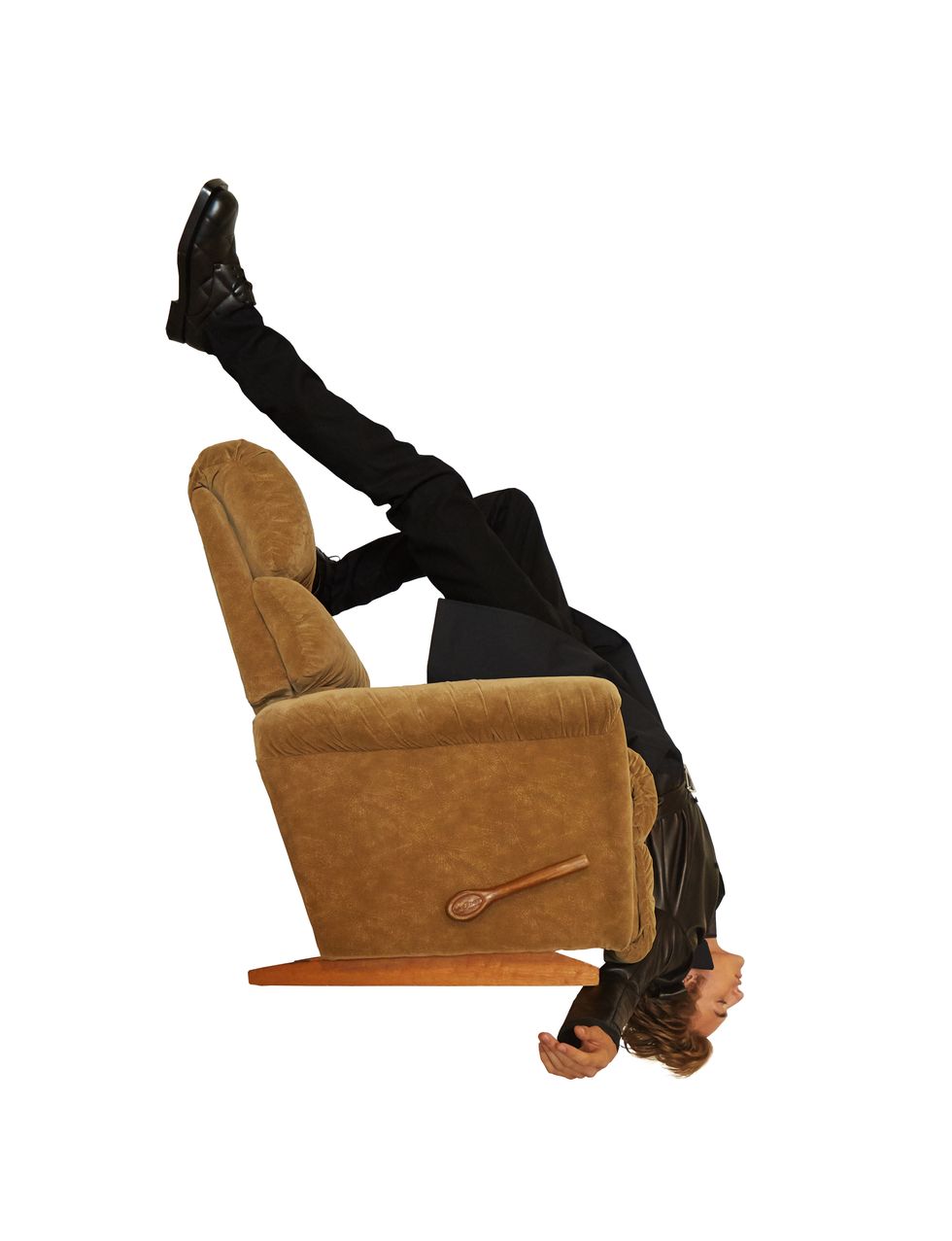 Moving from the predominantly Chrisitan town in Spanish Fork, Utah where you grew up to Los Angeles must have been a culture shock. What were some things you learned from the experience?

Moving to a much more diverse city was life-changing in that it completely took me out of my comfort zone, which was exhilarating, especially as a young person. I simply felt entertained by just walking down the street. It also totally challenged all my beliefs which strengthened the relevant ones that benefit me and made me look at the beliefs that didn't benefit me.

You come from a family with really cool and distinct names. What's the story behind yours? What do you call Lucky?

The story I've been told about my name is that my dad went to high school with someone named Pyper and that my aunt was reading a book with a character named America during my mom's pregnancy. They played with the order of the two names. My parents also say that with the common last name of Smith, they knew they wanted to spice up the front end. My parents are both wildly creative people.

Your family has such a fun dynamic. Do you have a favorite famous family from history?

I just watched the new cartoon film of The Addams Family, they're my favorite. 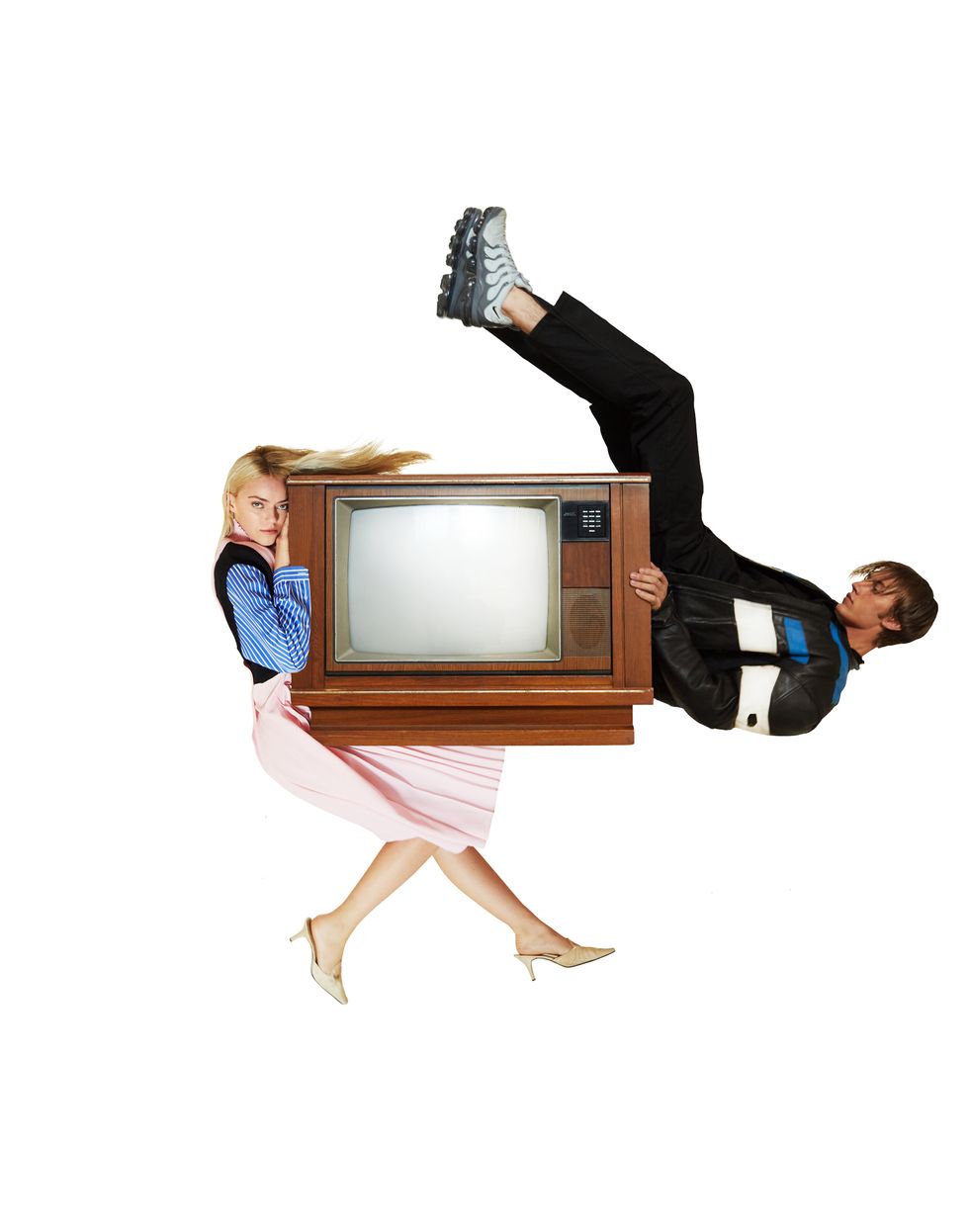 Your trajectory in modeling has led you to some great opportunities in a short time. Is there anything you're dying to try that you haven't been able to yet?

I want to direct someday. Films, shows, people. I want to be the boss.

What does the future hold for you?

Public speaking, mentoring, influencing, writing, music, characters, directing, making babies with my husband and the best part: I have no idea. I believe that if I am authentic and have faith, God will direct me to the best places and the best people to do the best things. 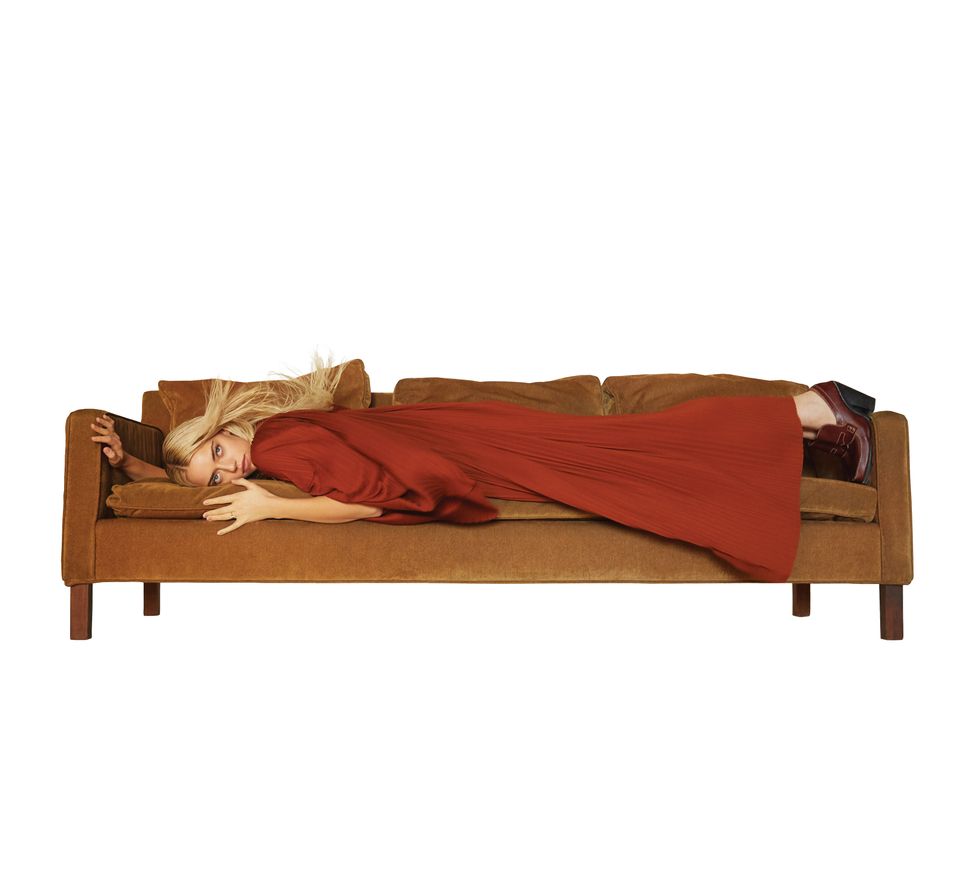 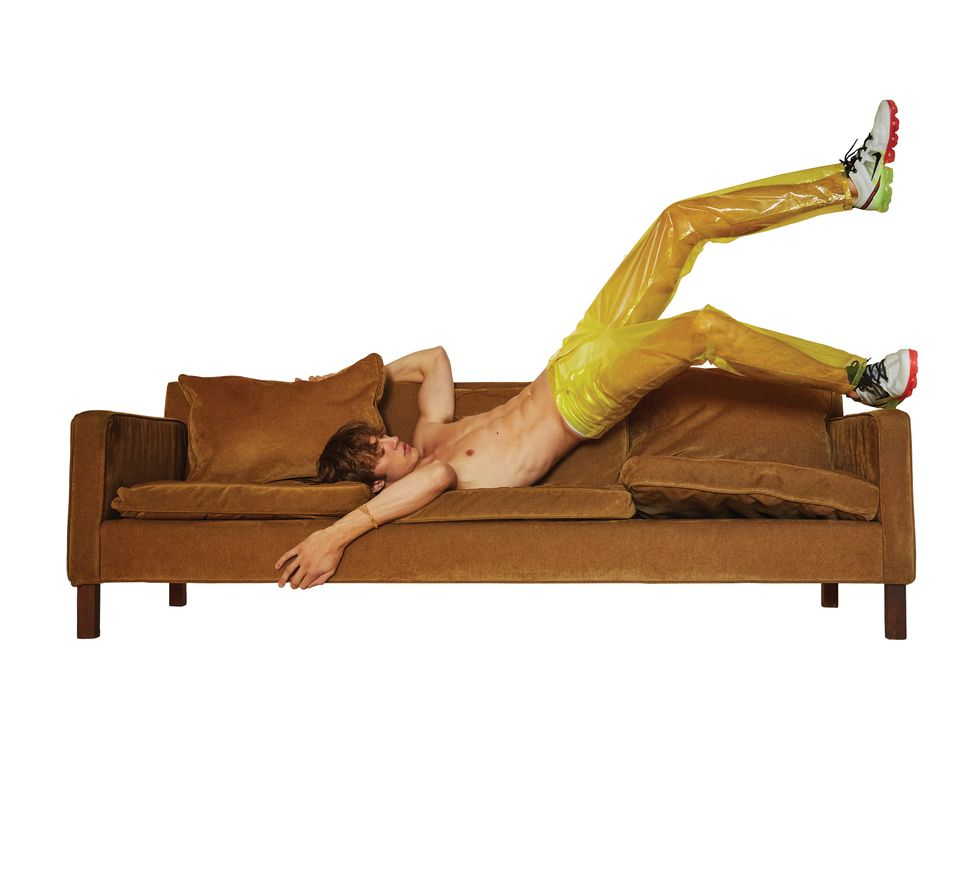 What has the business taught you about yourself?

The business has taught me that I shouldn't place my self-worth and value in how I look. And that I'm in charge of my life.

Have your professional goals changed over time?

Yes, now more than ever, I'm understanding what messages I really want to put out in the world and that I really have the power to influence others for good.