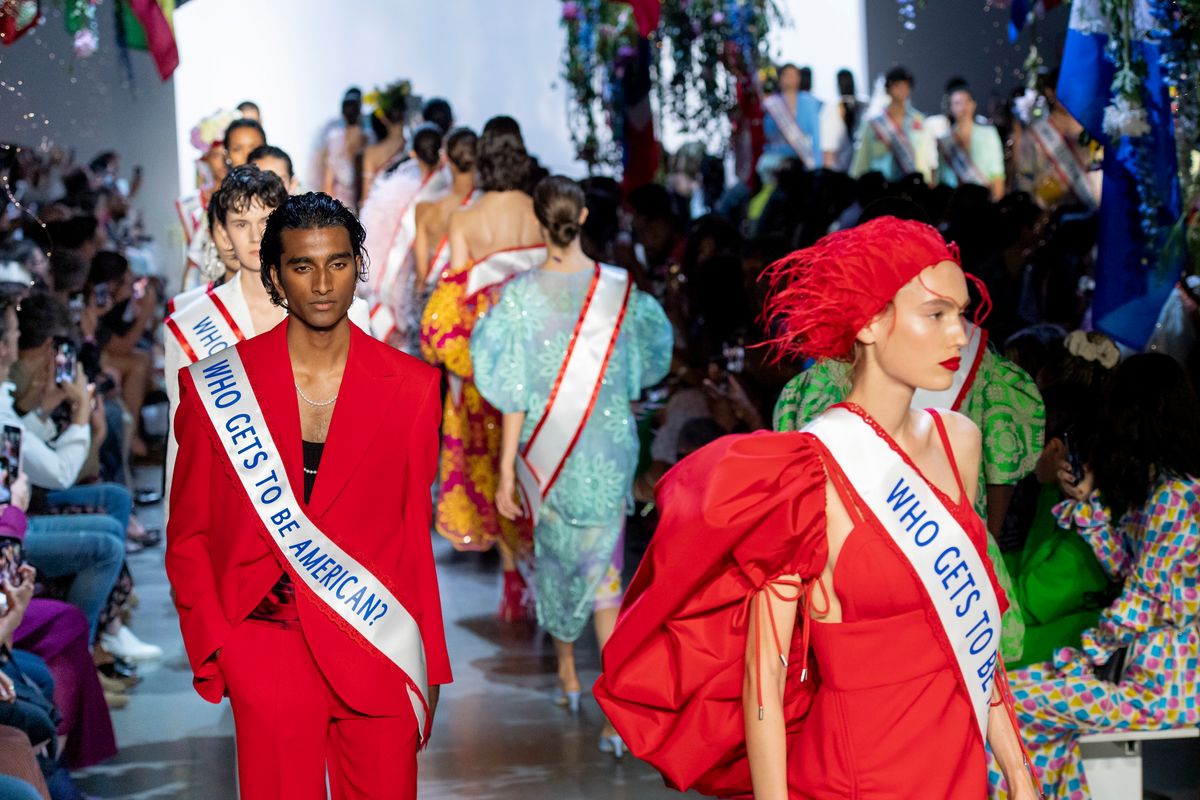 Prabal Gurung Asks: 'Who Gets to Be American?'

Prabal Gurung's political views are not a secret. He has been very vocal about the problems with this country's administration, and has long incorporated political and feminist elements in his shows. For his 10th anniversary Spring 2020 collection, the designer had models walk out in the finale wearing sashes with the words "Who Gets To Be American?" on display. The question itself is timely, as news about border control and immigration continue to be important issues our political leaders are having to face. Gurung is an immigrant himself (he was born in Singapore and grew up in Nepal), is known for his inclusive and diverse casts — this show was no exception. Here's everything else you need to know about the collection.

Gurung collaborated with Texas-based Western footwear brand Miron Crosby on a set of five styles of cowboy boots, all of which are made in the U.S.

The official flower of the U.S. was incorporated as prints on drawstring pants for men, headpieces for women, and a dress with sleeves constructed in the shape of a rose.

Thigh-high slits, and sexy cutouts revealed some peekaboo skin on asymmetrical printed dresses with some knot details added in for good measure.

Although Gurung is known for his feminine dresses, he sure knows how to cut a mean suit. Brightly colors blazers and pants showed off his knack for tailoring.

Couture-like feather applications were seen on dresses, blazers and tops in a variety of colors.