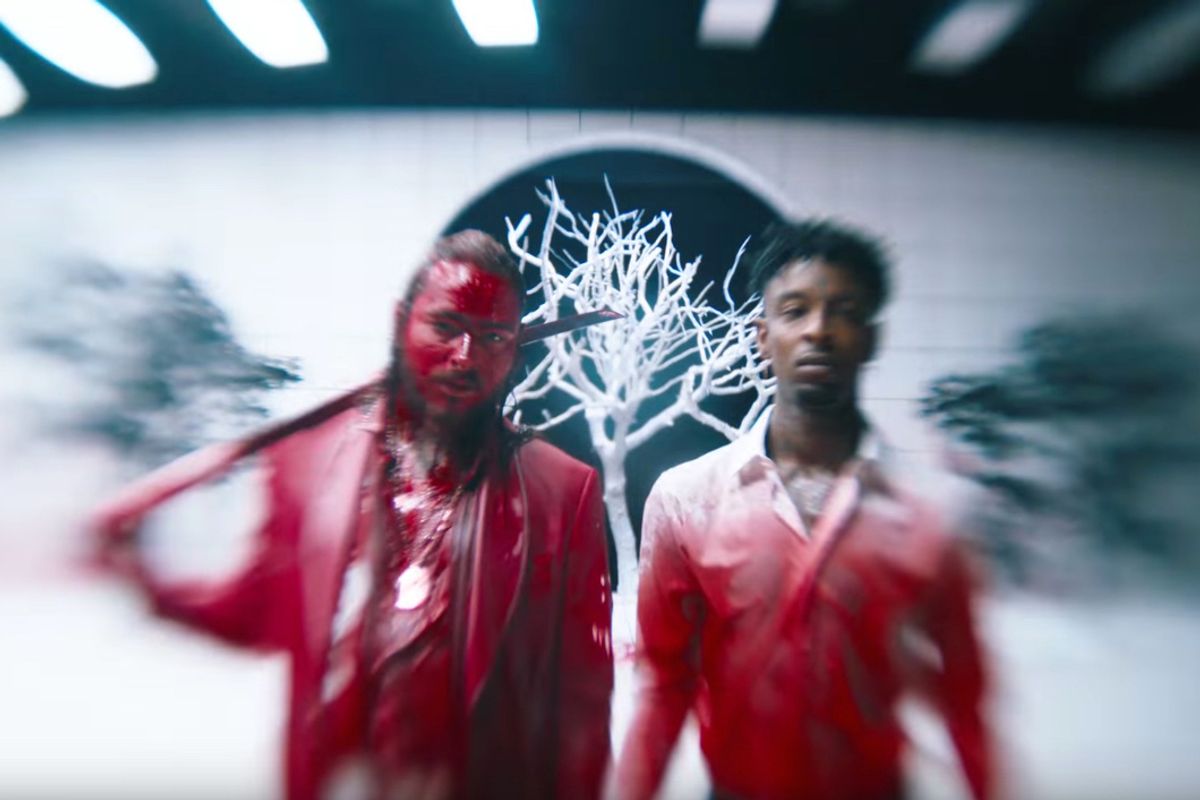 Post Malone and 21 Savage are two rappers who rose to unlikely heights this year with their number one hit, "Rockstar." Post sings over a mellow trap beat in his signature auto-tuned croon, waxing poetic about "fucking hoes and popping pillies" like a rockstar, before 21 chimes in with a few bars about life at the top of the pop charts. The accompanying video shows the twosome slaying their enemies - in this case, unidentified Asian males in business suits - with swords in a virtual bloodbath. Post also sits on a throne as snakes slither around him in what was either an unintentional or super cheeky nod to Taylor Swift.

Post has been in the news this week for a recent interview he made during a Newonce interview. The rapper-cum-singer said that modern hip-hop lacks depth, explaining, "If you're looking to cry, if you're looking to think about life, don't listen to hip-hop. There's great hip-hop songs where they talk about life and they really spit that real shit, but right now, you know, there's not a lot of people talking about shit. Whenever I wanna cry, whenever I wanna sit down and have a nice cry, I'll listen to some, like, Bob Dylan."

Unsurprisingly, the comments perturbed some people, but the backlash didn't seem to bother Post as he responded on twitter that detractors should "suck my fucking dick."

it's crazy that after all this time im still being questioned. suck my fucking dick i don't have to explain shit. i do this shit because i love to do this shit.
— Beerbongs & Bentleys (@PostMalone) November 21, 2017

Read PAPER's recent interview with Post here, in which he covered some of the same topics.