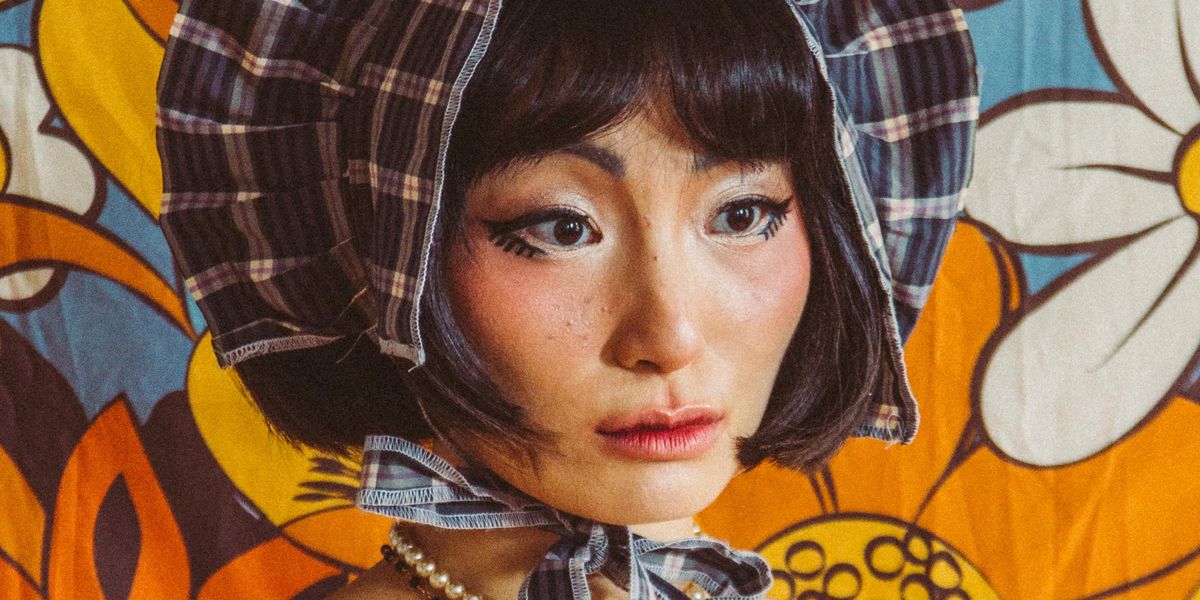 Four years can change a lot and if anyone knows this well, it's Poppy Liu.

"The first thing I did with my reps was send a PDF of my personal identity of who I am, my personal mission statement of what I want to achieve and 10 bullet points about what jobs I'm looking for — what roles I want to play and what roles I want to avoid," she said, explaining that she's always picked projects based on who's writing and producing them, namely if they're helmed "by women, POC, queer folks, migrant folks, etc."

Despite the sexy promise of stardom, Liu recalled having some well-founded hesitations surrounding mainstream film's half-hearted attempts at "representation" and "diversity," thanks to the cis-hetero white writers and producers who're still dominating.

She eventually decided to take a chance and be choosy in the parts she picked, opting for productions that involved women and/ or people of color, as well as complex and multifaceted roles reflective of her own experiences as a queer, Chinese American immigrant. With the help of legendary casting directors like Suzanne Smith and Allison Jones, Liu began booking network television spots including a series regular gig on Kal Penn's NBC comedy, Sunnyside, and appearances on Law & Order: SVU and New Amsterdam.

Since then, they've gone on to enter the television awards circuit as part of HBO's Emmy-nominated show, Hacks, which sees a "canceled" comedy writer working with an old-school Las Vegas stand-up comedienne to keep her "relevant." And, of course, Liu plays a glamorous blackjack dealer named Kiki, who they describe as a "current-day [Asian Baby Girl] elder, baddie, cutie, hottie, mommy, multi-hyphenate."

Related | Can We Please Talk About the Costume Design on 'Hacks'?

"As a POC she's had to be a hustler in these ways. Also as a top-tier scammer in that she knows and works the system. She has the superpower of not even being jaded by it,'" Liu said. "In some ways she's my goal. She's crushing it, working the system, hustling, and at the end of the day her heart and soul are intact. It's so wholesome, just the cutest of cuties. I think Kiki is just goals, big time goals."

Liu is arguably goals herself. Born in Xi'an, China to an engineer and professor, her family moved to Minnesota when she was two years old. Together, her entire family learned English while her dad got a second PhD and her mother cleaned hotels, worked at McDonalds and attended night classes for computer programming, before they eventually moved back to China when Liu was 14. There, she attended an American school and discovered her love of performing.

While they excelled at things like Chinese dance, ballet and theater, they still admitted that they "never really thought of [acting] as a career option," even if their parents were, surprisingly, "really supportive of me pursuing what I loved." Despite her family's blessing and the fact that she performed in "every school play" and "danced on tour for nine years," in the back of her mind Liu still felt the pressure of internalized societal norms. In fact, she said she initially thought of acting as an impossible job option: "I was like, 'I guess I'll just go into finance.'"

Her "impractical" career aspirations weren't the only thing their parents were supportive of, as they ended up being exceptionally accepting of Liu when they came out as queer. In fact, their mother even surprised them at one point by saying, "Who isn't a little queer?," which spurred Liu to consider the freedoms they have when it comes to living their truth, before explaining that being openly queer "is a privilege" — especially as something not typically afforded to many immigrants, who are forced to prioritize assimilation in the name of "survival." However, Liu herself admittedly grapples with that from time to time thanks to the deeply ingrained "immigrant mentality" prioritizing a sense of "stability" and "identity," whether it applies to their personhood or career.

Given their recent success though, Liu is hopeful they'll continue to rise in visibility by nabbing more big-ticket roles, particularly if it's through challenging parts that don't pigeonhole them as a one-dimensional stereotype. And that means they've chosen roles like a queer pop icon in the iCarly reboot or a shady house manager in Rachel Weisz's Dead Ringers — a gender swapped take on David Cronenberg's cult psychological thriller of the same name.

"It takes so much longer to get our stories made. No matter where I am in my career, status-wise, I always want to be putting in energy and effort for those stories."

But in the meantime, they want to continue working on indie projects with their friend group of queer people of color as a constant reminder of the principles they hold so dear, all in the hope they can continue to help move the industry forward in terms of representation and inclusive storytelling.

"It takes so much longer to get our stories made. No matter where I am in my career, status-wise, I always want to be putting in energy and effort for those stories," Liu said. "The reason that Hollywood hasn't eaten up my soul is because my friends and I are always talking about projects we want to do together."

They added, "We're still talking about our tiny ideas we used to have in Brooklyn, our pipe-dreams. I never want to be too far away from that."