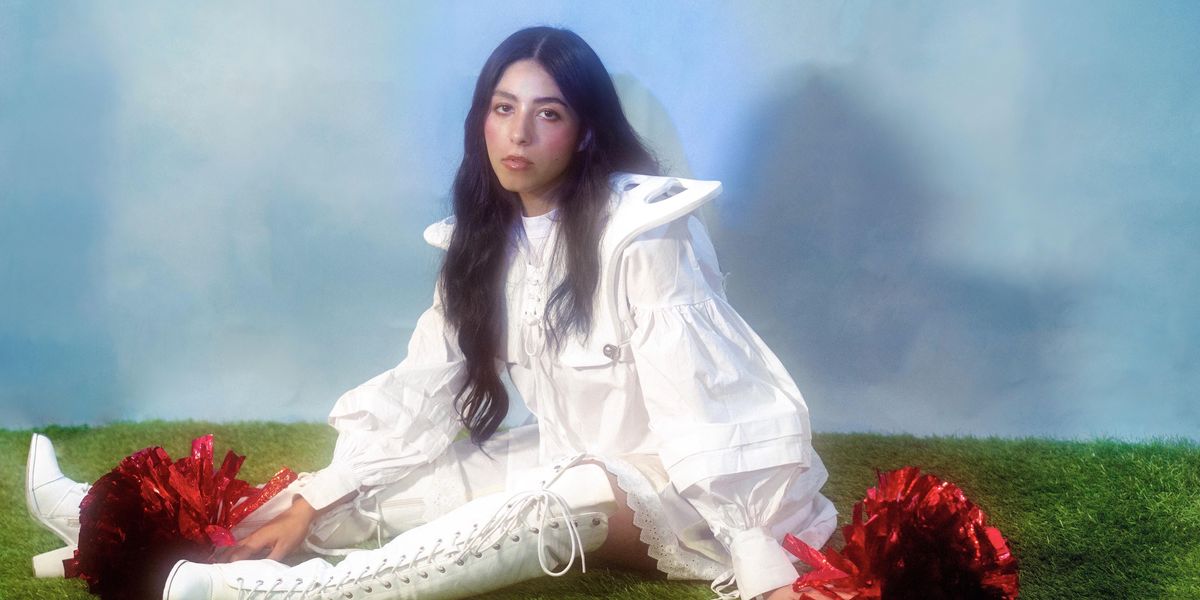 "The character of this song is basically my ego," says frontwoman Mia Berrin. "The part of myself who doesn't learn, makes the same mistakes constantly, is flaky, can't admit she's wrong, is self-pitying and who wraps it all up in a bow the color of self-deprecation."

Berrin's songwriting process during 2019's Ow album was used to "completely exorcise the demon that was my depression," but now she finds herself writing to express the "meta-feeling" of "being angry at yourself for being depressed."

Now, she fully leans into this identity saying, "I joked with my friends that my placement in the nine alignments was 'Chaotic Stupid,' which became kind of a persona of its own: My dumb-bitch-self. In short, the song is me calling myself whiny."

In "Crying," Berrin is possessed by this demon, which is further emphasized in its accompanying visual, co-directed by Berrin with Julia Sub. "In many ways it is a love letter to the all-consuming act of crying, as well as a confrontation with isolation visualized through darkness, in an empty movie theater, a warehouse and an old motel," Sub says.

The video recalls a certain retro nostalgia, with its gleaming grayscale filter and an impending Lynchian doom accentuated by creeping hands covered in latex gloves. For Sub, "Fear is materialized in the form of hands creeping into frame," which she says emphasizes "the feeling of being swallowed by the weight of our anxieties."

The directing duo expresses their shared fascination with Film Noir and an obsession with David Lynch's mind-warping works. Beyond aesthetics, these classic references were pulled in to illustrate "how examining past experiences and memories can leave us feeling like outsiders looking into our own lives — like watching a movie."

"Crying" is the third track off Pom Pom Squad's forthcoming album, Death of a Cheerleader, produced by Sarah Tudzin (of Illuminati Hotties) with co-production by Berrin. Set to be released June 25th, the 14 songs range from grunge ballads to pop jams, and loud and proud punk outbursts that will make you jump from your seat to express every aspect of the emotional rollercoaster that is Pom Pom Squad.