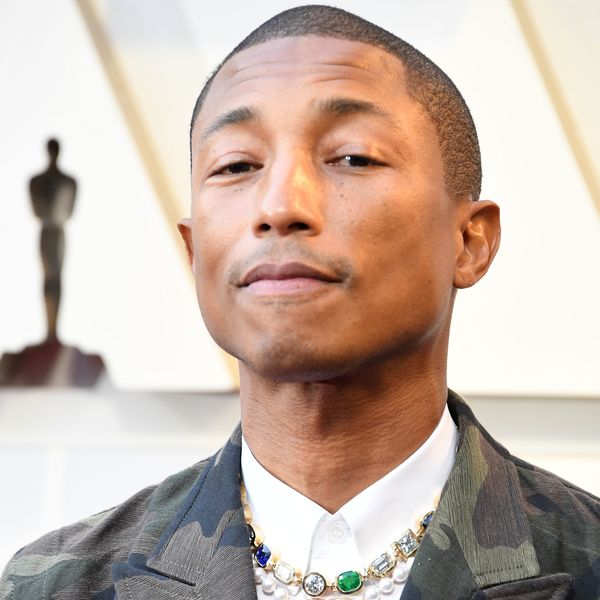 Pharrell Just Launched the All-Star Music Festival of the Season

No one would deny that Pharrell Williams is highly influential — from producing Kelis' most iconic songs and putting Pusha T on the map, to the way the cosmos and nature inspire his philanthropic and fashion ventures.

His latest endeavor is an inaugural music and culture festival produced by Live Nation, called "Something In the Water." It's set to launch in his hometown of Virginia Beach, VA on Friday, April 26 and run through the weekend. What's in the water, you ask? Beachside performances by "Pharrell and friends," which of course is shorthand for "famous people," which is code for "your favorite artists."

Alright, so, we're definitely going. Adding to the diverse musical lineup is a series of all-ages cultural events; some have yet to be announced. Festival partners include adidas, Sony, Uber Eats, Billionaire Boys Club, and the City of Virginia Beach. According to a press release, these global brands are "descending upon Virginia Beach to engage the community with programming highlighting sports, entertainment, technology, empowerment, entrepreneurship and more." Additionally, charitable partners include From One Hand to AnOTHER and An Achievable Dream.

The weekend is also set to include a screening of The Burial of Kojo, a new festival-circuit standout with Afrofuturism themes written and directed by Samuel "Blitz" Bazawule. It will premiere on Netflix on March 31. Ava DuVernay's independent film distribution company, Array, will present the film and host a conversation about its themes. There will also be related "Something In the Water" events throughout the city, led by Deepak Chopra, as well as a pop-up church service, and this sounds like a blast: something called "Trap karaoke." Okay!

In a statement detailing the festival, Williams notes Virginia Beach notables such as [Missy] Elliott, Allen Iverson, Dave Matthews Band, and Ella Fitzgerald, as inspirations for launching "Something In the Water."

"Virginia has been home to some of the most gifted artists, athletes, and scientists to ever live," he says. "And it makes sense: the people of Virginia are one-of-a-kind: uniquely gritty, bold, and brilliant. For the first time, we are harnessing that energy, bringing the great minds of our time and the biggest brands in the world to this great place, and letting the inspiration flow and well deserved opportunities unfold. Virginia needs this right now and the world will see what we Virginians have known all along: there really is 'Something in the Water.'"