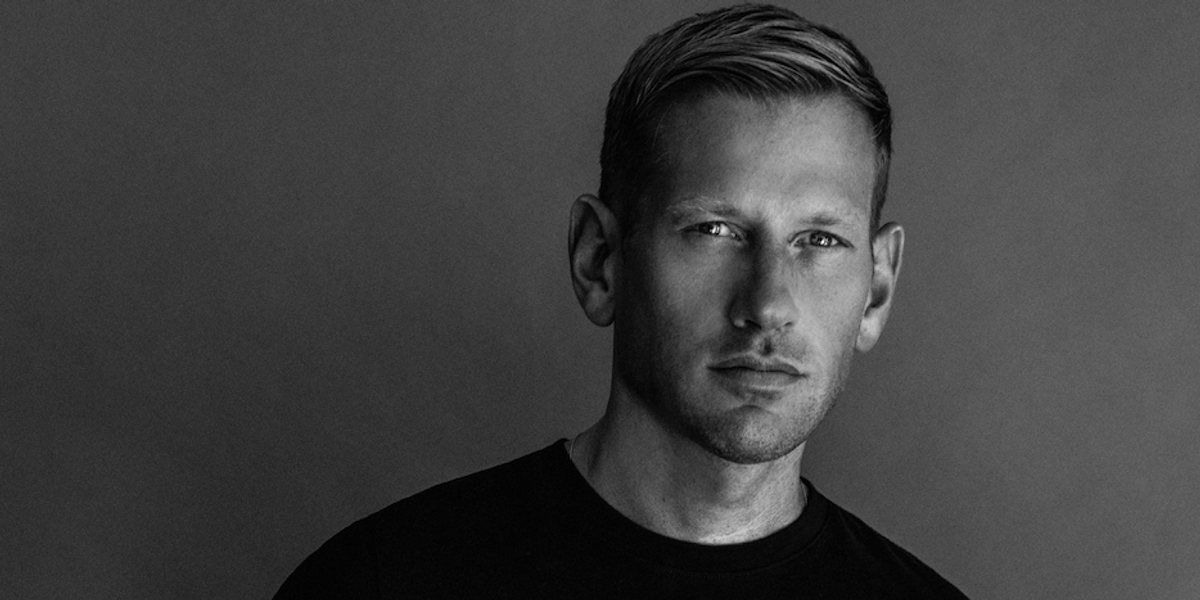 Paul Andrew Is Reinventing Ferragamo's Archives for a New Generation

For an entire generation of well-to-do, perfectly coiffed women, the sensible Vara shoe from Salvatore Ferragamo was as paramount to their daily uniform as the Chanel tweed jacket and Escada dress. With its low block heel and signature grosgrain bow, the Vara practically defined what it meant to look "prim and proper" at luncheons, meetings and presentations, and it remains one of Ferragamo's best-selling styles.

But even the most perennial of classics, no matter how synonymous with the brand, need a modern-day refresh. After all, it's been over 40 years since Fiamma Ferragamo, daughter of house-founder Salvatore, first designed the original Vara. So when Paul Andrew, the brand's British-born creative director, introduced its newest iteration — the Viva — on its Spring 2020 runway, a new chapter was finally about to begin.

"Hundreds of thousands of Vara's graced working women's feet in the 1980s, 1990s and beyond, partially thanks to [the grosgrain bow] detail that added a touch of elan to what was a very practical and functional design," Andrew tells PAPER. "What's been most fun is having the chance to update that idea by modernizing the fabrication, and then playing with ways to apply it across a range of categories — starting, of course, with shoes."

The new Viva footwear as seen on the Fall 2020 runway.

The Viva shoe doesn't stray too far from its original prototype — just a few subtle tweaks here and there, an approach not unlike Andrew's slow, respectful reinvention of the 93-year-old Florentine brand. In the new Viva range, the grosgrain bow is enlarged and rendered in leather in a variety of hues and silhouettes, from pointed-toe ballet flats to monochrome pumps and slingbacks.

The modifications are done ever so slightly so as to still look familiar to older clients (the "ladies who lunch," if you will), while at the same time drawing in a younger, digitally savvy customer. Indeed, Andrew's ongoing quest to appeal to multiple generations turned another page in February when all twenty-something girls like Camila Mendes and Debby Ryan were tapped to front the Viva shoe launch campaign.

Since then, Andrew has introduced new additions to the Viva family, including the new Viva Bow bag earlier this summer. (According to the brand, it was designed to "enhance" and "complement" the shoe and its recognizable bow motifs.) There was also a series of bold Viva hair clips that debuted on the Fall 2020 runway in Milan, further underscoring Andrew's commitment to this new family of house icons.

"It's been so satisfying and exciting to see how many women have become first-time clients at Ferragamo thanks to the Viva," Andrew says. "The feedback we're getting is that the combination of historical reference and a contemporary design expression speaks both to the collective cultural memory of Ferragamo and the desire to be absolutely of this time."

The Viva Bow bag's starting point, as he put it, was looking at how different generations relate to each other through the context of the past, present and future. This concept manifested itself in a soft, slightly padded leather style with a bow on the front flap in a tonal finish that can be worn by anyone from "students to septuagenarians" and "creatives to executives."

It's that meticulous attention to detail that Andrew's been perfecting since he launched his own footwear brand in 2012 after years of working for designers like Narciso Rodriguez, Calvin Klein and Donna Karan. (He put his eponymous label on pause in March of last year to focus completely on Ferragamo.) Since joining the house in 2016, he's continued to draw inspiration from the thousands of vintage archives sitting in the Palazzo Spini Feroni.

The Viva hair clip as seen on the Fall 2020 runway.

For a brand that sits more or less on the "quiet luxury" end of the fashion spectrum, having recognizable codes like the Viva bow and Gancini emblem (another house motif Andrew has recently reinterpreted) allows it to provide a sense of history and familiarity without succumbing to fashion's fixation with giant logos. (Brands like Bottega Veneta and Hermès come to mind.)

It's an approach that he's seemingly doubled down on since the early days of the pandemic, when Andrew confined himself in Florence and kept busy with cooking experiments, exercise and work. Thinking back to the past few months and how the time alone has forced him to think clearer about how some things are done, the designer is firmly of the belief that quantity over quality is more crucial than ever.

"I think the biggest lockdown insight for me was that now, more than ever, products need to be purposeful, considered, and sustainable," he says. "The days of churning out excessive items must be over. Over-producing is a sign of creative insecurity, and it's unsustainable, too." Expect this philosophy play out in September, where the designer has "something special" planned for the world to see.