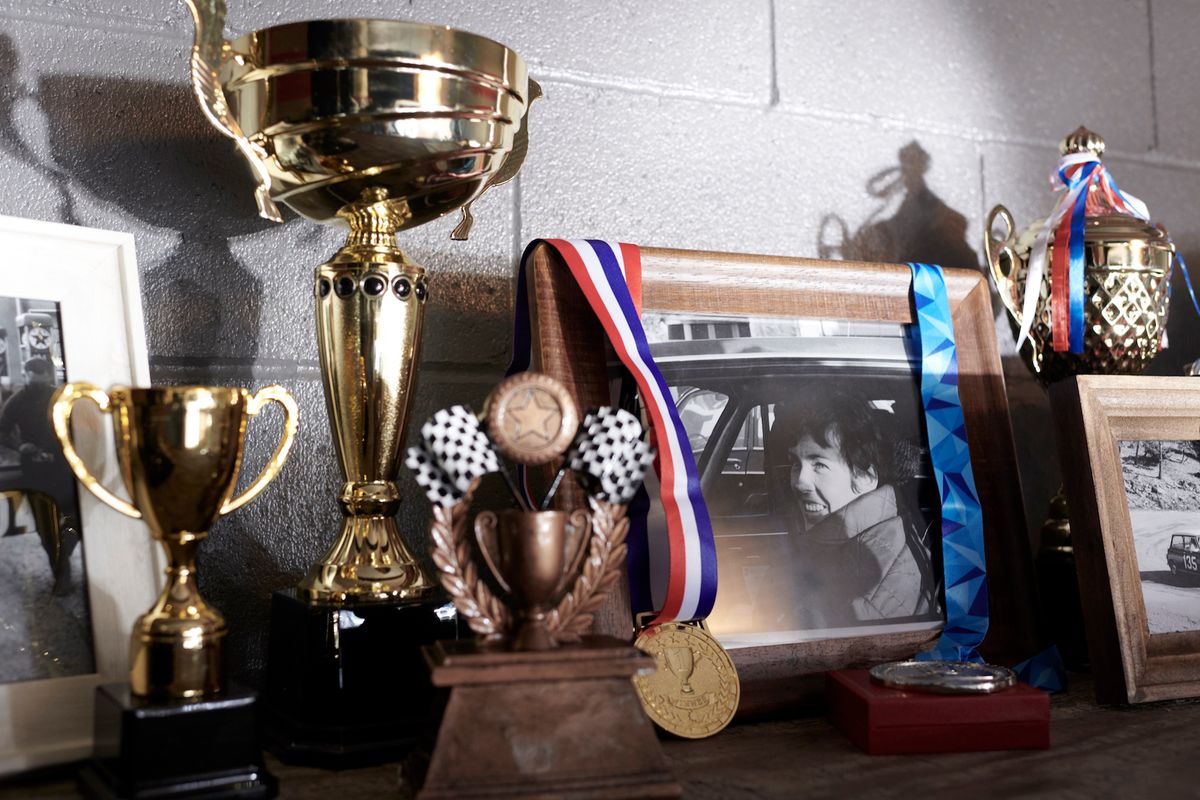 Pat Moss: Her Drive Was to Race. Her Legacy Is Bigger.

This article is a sponsored collaboration between MINI and PAPER

Women are bad drivers. It's a cruel stereotype, but one that you'll hear spoken aloud even in the year 2020. We're too cautious, or too reckless, or too easily distracted. Unable to change a tire or replace the engine oil or stick shift. Of course, we're usually starting at a disadvantage. In childhood, young girls aren't encouraged to learn auto mechanics as boys are — on birthdays they're gifted Barbie dolls, not Hot Wheels.

It's no surprise, then, that the world of motorsports has lagged behind when it comes to gender representation. But whether their achievements have been heralded or not, women have always had a presence on the circuit, ever since Sara Christian placed fifth at the first-ever NASCAR in 1949. For this year's International Women's Day, MINI is looking back on the legacy of Pat Moss, the pioneering lady driver who disliked to be referred to as such because "she was just there to be the best — and that had nothing to do with gender." That's according to her daughter Susie Rawding, who grew up inspired by her mom's against-the-odds victories throughout the 1960s.

"She never thought of herself as a woman or as a lady or as a joke," says Rawding now. "She didn't want the ladies' prize, she wanted the world championship. When she was in the car, it didn't matter who sat in front of her or next to her, it's the person in the machine."

Born in 1934 to racing-obsessed parents — her brother Stirling was a renowned Formula One driver who taught her how to operate a vehicle when she was 11 — Moss was competitive from her young age. "Everything was to be done to win in her family," Rawding explains. "Even if they were playing scrabble or cards. There was no such thing as being second, she always had that love at being best." A talented equestrian who remained on the British national show jumping team for 17 years, Moss's first passion was actually horses. But she succumbed to the family trade in the 1950s, racing a Morris Minor nicknamed "Granny" in national rallies.

Moss steadily gained recognition in British and international competitions, and in 1960 she became the first woman to ever win an international rally, driving an Austin through the four-day Liege-Rome-Liege. Two years later, she and her co-driver Ann Wisdom — who was pregnant at the time — raced a MINI to victory in the Netherlands Tulip Rally. She continued to compete against both women and men over the course of the next decade, often co-driving with her husband and Rawding's father, the Swedish driver Erik Carlsson.

Respected for her driving skills — by the early 1960s, no one could doubt her abilities — Moss was also known for her mischievous, adventurous spirit. "Back in the rallying days, all of the mechanics were men," Rawding recalls. "So she had all these lines and jokes that should not have been said by a lady — they'd all play cards together and she was the best of them."

Moss's retirement came in 1974, after a glittering career and the publication of a book co-authored with her husband, The Art and Technique of Driving. She's considered a legend by rally drivers of all genders, and understandably revered within her own family, too.

"For me it's an unbelievable honor to be part of this campaign celebrating my mom," says Rawding, who followed Moss into a successful equestrian career. "I have two daughters and they are both competitive. They'll say, 'Can you believe that was my granny?'"

How does she look back on her mom's legacy overall? "I think one way to sum it up is that she is a true icon. She did put her heart and soul into everything, and whatever she did, she seemed to do well. But the best thing with mom is that she treated everyone the same."