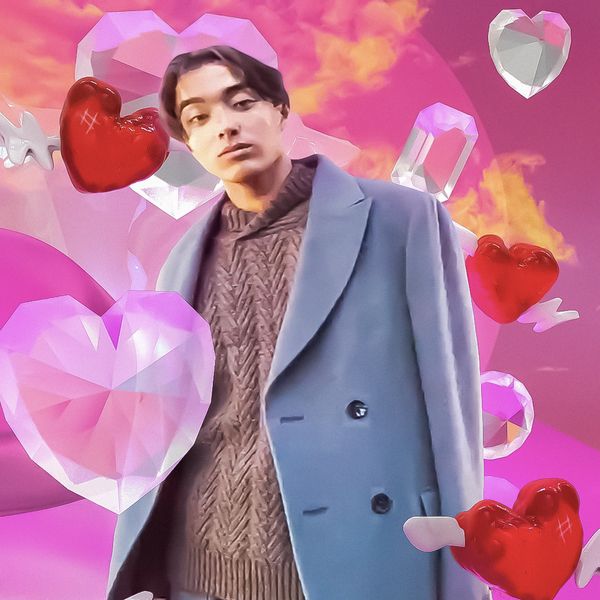 With masterfully smooth transitions, flawless e-boy fashion and K-pop idol-worthy, '90s Leo hair, Neil Shibata AKA @japanesegrandpa couldn't help but gather a devoted TikTok following when he joined the app in May last year. The 20-year-old Canadian has blown up by sharing his beauty routines, full body bee costume and skits featuring random friends. His fans are called the Grandkidz, and now you're one of them.

I've always been a huge fan of Selena Gomez. When I was younger, I used to watch Wizard of Waverly Place every day and listen to Selena Gomez all day. I went to her concert once and ever since then, I've gained so much respect for her and I've been following her ever since.

In five years from now, I'm hoping to have a more stable lifestyle. With the way I'm managing social media right now, my life is fairly spontaneous and inconsistent. Hopefully in five years I'll have a stronger niche to which I can focus on and build off of.

My best night in quarantine would be the night my best friend and I got some snacks and a blanket and drove far away from the city where we could see the stars and laid on the beach for hours during a meteor shower. I love spending time with my friends and in my opinion, doing things like this where we can remove ourselves from our everyday life is the perfect way relax and spend time with friends.

I would love to be able to teleport. I love traveling and if I could visit places wherever, whenever, I'd love that. Never having to pay for an Uber ever again... love that.

Noen Eubanks and Abby Roberts. I think they're both beautiful human beings and I have fat crush on both of them. I love their style of content but I also love how they portray themselves through fashion and makeup.

I don't like the way TikTok caters strictly to American culture; I wish there was more diversity with the videos that are being promoted. I think there's a lack of creators that are people of colour. Whenever I do come across a person of colour of TikTok, they don't get as much engagement compared to those that are white. I think this is both an issue with the TikTok company and the TikTok audience.

I listen to "Heather" by Conan Gray at least four times a day so I can confidently say that that's probably the last song I listened to. I recently found a mashup of "Heather" and "Before You Go "by Lewis Capaldi on TikTok and I haven't gone a day without listening to that mashup in weeks.

I'm absolutely terrified of giant rocks in oceans and lakes. I'm, of course, also scared of the sharks and whales and everything that lives in water, but for some reason the thought of a giant rock sitting at the bottom of a lake or ocean makes me never go in past my knees. I also find underwater forests one of the creepiest things in existence. Bottom line I don't go swimming.

I wish people knew a bit more about my life before starting TikTok. I was leading youth leadership programs and child development programs. I've lead programs around Canada and also in China. I had been a participant in these sorts of programs since I was three years old and when I turned 13, I started getting trained as a leader so that I could lead these programs myself. I also was a national-level gymnast and I did gymnastics for 14 years. That later lead to me being a gymnastics coach for four years.

From what I've noticed, since being in quarantine, life seems to moving at a slower pace. I think that could lead to a healthier lifestyle and cause less stress in everyones lives. I'm hopeful that this slower pace will be maintained and shift the way we go about our days.