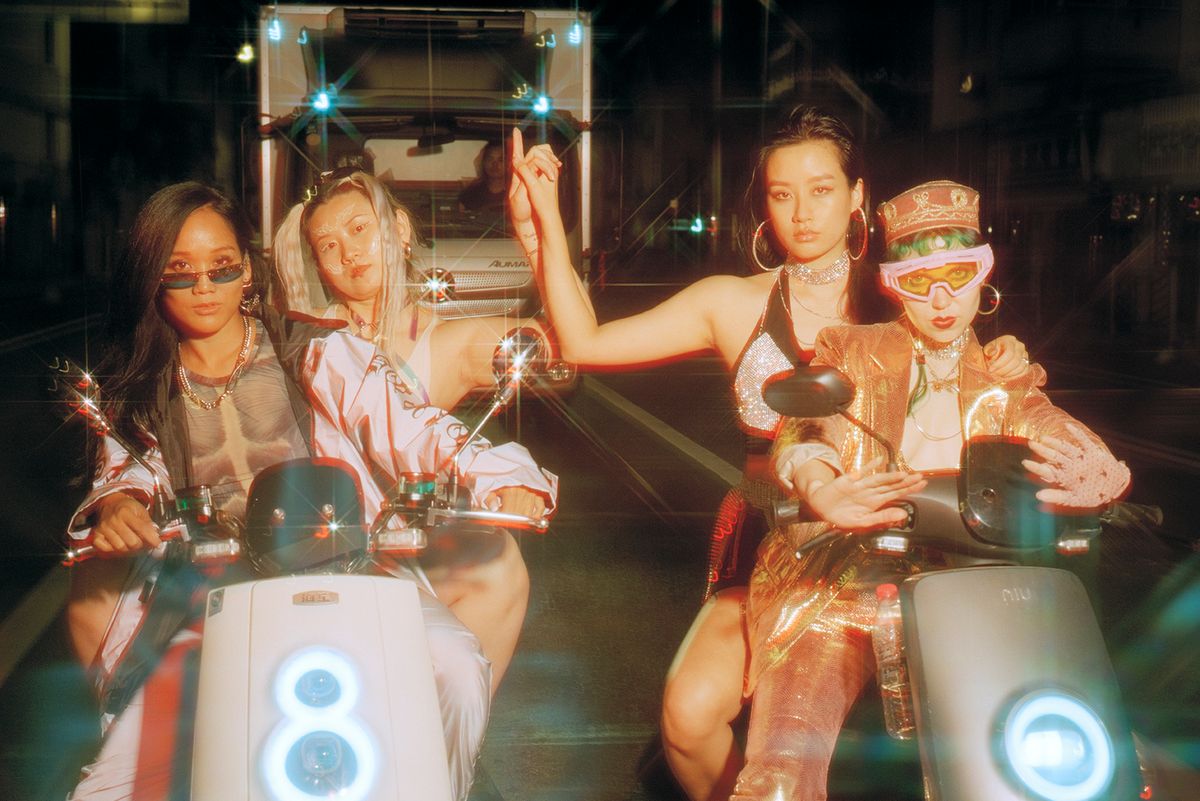 Dating back as recently as the 19th century, women in China were subject to systemic oppression. Not only was their physical mobility limited through the practice of feet-binding but unmarried women confined to their homes and forbidden from having a formal education. Undeterred, women still managed to find ways to educate themselves, including the creation of a clandestine script language that allowed them to communicate as well as write poems and stories. It is in this spirit of resourcefulness and determination to uplift one another that contemporary music collective, NÜSHÙ Workshop, was born.

Based out of the international hub city that is Shanghai, the NÜSHÙ Workshop was founded by Lhaga Koondhor, Daliah Spiegel, Amber Akilla and features a rotating cast of members from all corners of the globe. Looking to disrupt the gate-keeping male-dominated music industry, NÜSHÙ puts female-identifying individuals first, creating spaces not only where they can play but learn and grow as well.

"We started NVSHU to support a community that gives people confidence to develop their practice in whatever creative field they choose," says co-founder Lhaga Koondhor. "Learning the basics of DJing might just be a gateway into music production or engineering and promoting. As an Asian woman as well, I want to see diversified representation for all people in the industry - this is what we hope to contribute with NVSHU"

NÜSHÙ Workshop is guided by three principles; connecting, educating, and championing femme, femme-identifying, queer, LGBTQ+, and non-binary individuals. "At NVSHU we realized that even though we had all fought so hard to earn our place in the industry there are still so many people who want to learn and have access but don't know where to start," Koondhor explains. "Even though I'm lucky to personally call so many talented womxn, LGBTQI and non-binary artists my friends and collaborators, there is still a long way to go in terms of gender representation and opportunities in all industries but especially music and entertainment."

Nightlife all too often suffers from a survival-of-the-fittest mentality, that only those that are skilled enough to rise above the rest are deserving of our recognition. Painting it as a zero-sum game though does more harm than good by ultimately reinforcing pre-existing power structures that already exist in a patriarchal society. What NÜSHÙ aims to subvert is this very mentality, not only through their various workshops but by creating a support network that individuals can come back to for help, advice, or even to offer their own services to others.

"We're so used to existing in a creative bubble surrounded by artists, DJs and performers we forget about making sure outsiders feel welcome and included," says Koondhor. "Amber [Akilla] was surprised so many people hadn't met a female DJ before but said they'd always loved music and wanted to learn. We knew that our experience and resources could be combined and shared to empower others."

Find out more about NÜSHÙ Workshop in the latest episode from Red Bull Music's Inspire the Night documentary series and get a glimpse into what a typical night for the NÜSHÙ crew looks like in the gallery below: