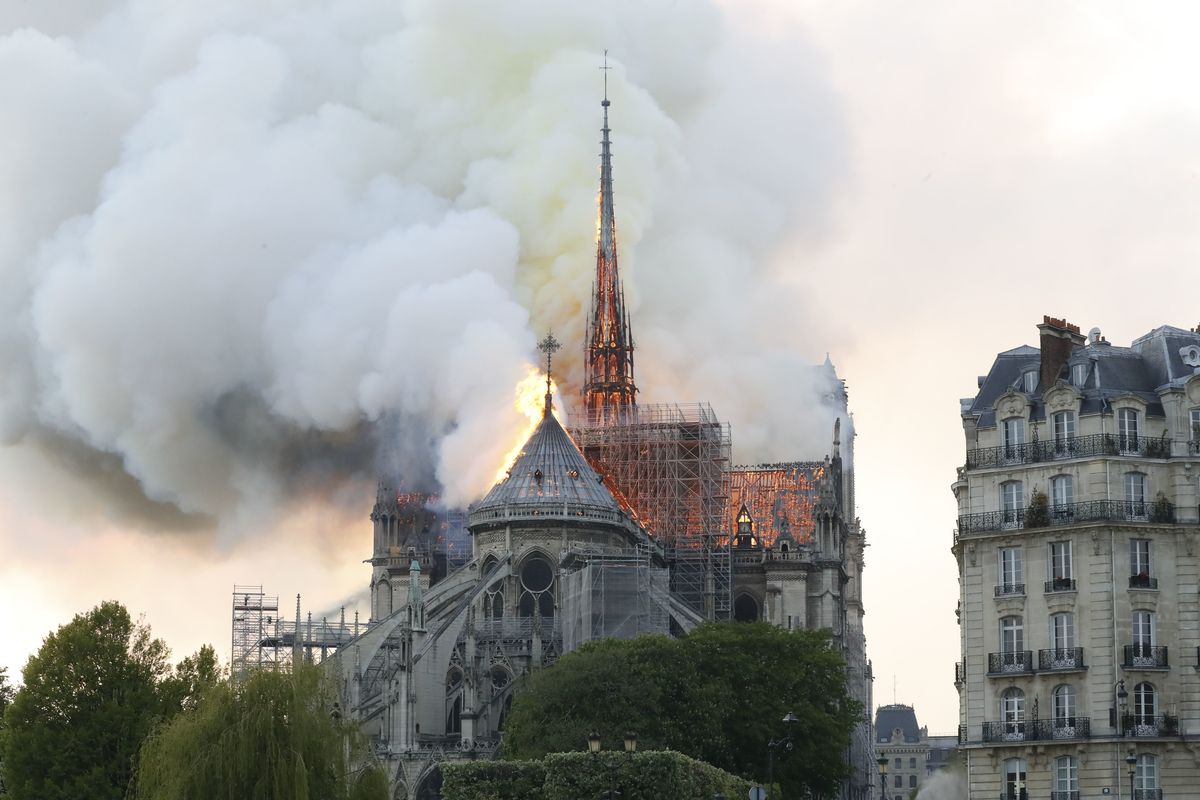 Notre Dame and the Racial Bias of Charitable Giving

800-year-old Notre Dame Cathedral fell amidst large and uncontrollable flames, the entire world mourned. No one could believe that one of the most famous sites in the world would be in jeopardy of being burned to ashes on an otherwise regular Tuesday afternoon. We weren't sure if the descriptions of Notre Dame would now be confined to those of Victor Hugo, Sigmund Freud, or our personal and collective memories. What would happen to the artwork, the artifacts, or the iconic stained glass rose window? Would Paris, still reeling from the 2015 terror attacks that killed 130 people — the deadliest since World War II — be the same again?

Miraculously, Parisian firefighters saved many of the prized artifacts artworks and relics housed in the church, including what some believe to be the Crown of Thorns worn by Jesus — and they only had 66 minutes to do so. But nevertheless, Notre Dame needed to be restored as soon as possible. Approximately thirteen million people a year visit Notre Dame, and therefore its damage is both a cultural and financial blow to French tourism. In less than 72 hours, France's three richest families, including the Pinaults, the Arnaults and the Bettencourt Meyers pledged $650 million for its restoration.

This goodwill of international outpouring would have been astounding, if the news had not been embittered by the fact that three historically Black churches were burned in a southern Louisiana parish in a suspected hate crime over a 10 day period in March, to which initially very little mainstream media attention was paid. The overlap in burning churches—one grown out of racial hatred and the other an accident — and the quick attention and giving to the latter reopened a deeply entrenched colonial wound, reminding us once again the world is less sympathetic to Black people and our institutions.

Related | Fashion Houses Are Pitching in to Rebuild Notre Dame

Yes, Notre Dame is a world famous site and it generates millions for France. No, millions of people do not travel to Opelousas in St. Landry Parish to snap selfies and attend the services at Greater Union Baptist, St. Mary Baptist, and Mount Pleasant. But these churches are still sacred. Even as donations pour in to Notre Dame, the French government body created a fundraising campaign to accrue more money for its restoration. According to Krupali Krusche, Associate Dean at the University of Notre Dame School of Architecture and expert on historical preservation, the nearly $800 million from donations would provide for a "good" preservation while an expert one could potentially demand a billion dollars.

Just yesterday, April 17, the New York Post reported that the pledges from companies such as Apple and magnates from L'Oreal, Chanel, and Dior, alongside Catholics and those around the world have led to the amount of money rising to $995 million. Why then does the French government still have their fundraising campaign live? France is one of the world's largest economies with a nominal GDP of over 2.5 trillion dollars. The Vatican, which bankers estimate to be worth somewhere between 10 to 15 billion dollars, also agreed to help with the efforts.

Online, many pointed out that France received compensation for the Haitian revolution: in order for Haiti, a former French colony, to maintain its independence and freedom from slavery, its people had to pay France what would be worth $21 billion back in 1825. No standing French president has opened up the possibility to repay Haiti for this injustice. While France remains wealthy, Haiti remains the poorest country in the Western hemisphere.

The three historically Black churches that burned in Louisiana (another formerly French territory) were almost eclipsed by the news of Notre Dame. President Trump gave his condolences to Macron and offered help to restore Notre Dame yet has not made one public announcement about the hate crimes brewing in Opelousas. Given that he rose to power by capitalizing on the fears and racial animus of white Americans, his silence is unsurprising, but the optics are still damning and painful.

President Macron also hasn't given any condolences to the historic churches that burned in Louisiana. Like Notre Dame, those three churches were also sacred places full of collective memory. Much of their history was lost, including a sixty-year-old Bible and "handwritten sermons, financial records, and documents" that are well over 100 years old. Much African American history has been passed down from generation to generation through oral histories and storytelling; any documentation of such a vulnerable yet surviving people of our society is important to maintain. Right there in Opelousas, those archives have been scorched — a void in our historical memory is now in its place.

Fortunately, donations of well over a million dollars have been reached for the historic Black churches. Many outlets have reported that the Notre Dame Cathedral burning inspired the spike in fundraising. However, these church burnings happened several days prior to Notre Dame, the last one on April 4. France was able to receive close to a billion within three days. St. Landry Parish received a .001% of that in two weeks. The disparity between who and what gets the most sympathy, media attention, and charitable giving is glaring.

Compounded with the lack of parallels between how one religious site takes precedence over another when its very existence is in jeopardy, the quickness with which a billion dollars can be raised sheds light on other issues: world hunger, insurmountable student loan debt, homelessness, food deserts. Currently in France, members of the Yellow Vest Movement are protesting against rising social and economic inequality. No one can tell any person who or where to spend their money, but the pattern of prioritizing Western art and architecture in predominantly white spaces with capital and sympathy is consistent.

Though the three Black churches in Louisiana are nowhere near as large as Notre Dame and therefore won't demand as much money for its restorative processes, the immediate worldwide response to support Notre Dame cathedral from laymen to heads of state, was like a roar against a whisper of the Louisiana church burnings. The cumulative benevolence carries a dark side, that Black history in public landscapes can be destroyed and close to forgotten. There needs to be a constant awareness of the racial bias towards who and what deserves our time, energy, and mourning and why these elements maintain a hierarchy in which white people and their institutions remain at top of the caste system.