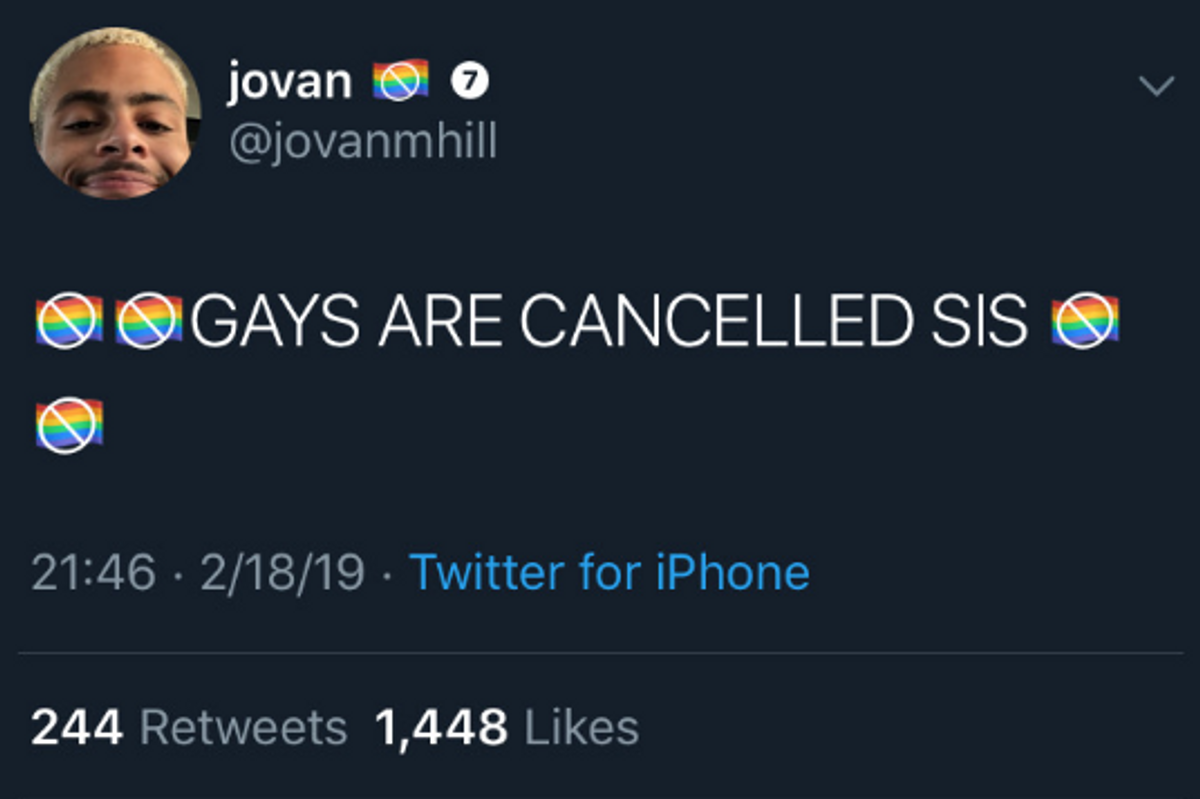 WTF Is This 'No Homo' Emoji?

Another day, another viral Twitter glitch that's sent the platform into a tizz. This time though, it's a tad more sinister than a string of random letters and numbers.

Late last night, the "no homo" emoji — a struck-through pride flag — began popping up around Twitter. And, naturally, users have been having a field day with the emoji. Thankfully, it seems like it's only been used as a joke by the gay community so far, though who knows how long it'll just stay on that particular corner of the Internet.

But where exactly did this come from? Turns out, when you tweet out the rainbow flag and "banned" emoji next to each other, you end up getting a struck-through pride flag. That said, it's definitely a glitch of some sort, as the "no homo" emoji displays as two separate emojis on the desktop version of Twitter. However, on the mobile app, the combo gets smushed together, creating the aforementioned symbol — which is notable since 80% of users prefer using Twitter on their phones, per statistics collected by digital marketing agency, Omnicore.

At the time of writing, a Twitter spokesperson said that the company's product team is looking into the glitch. "The way the emoji is appears is due to Unicode presentation on iOS, and on its own is not a violation of our rules," Twitter said. "However, if a user is targeted with this kind of emoji, and we have context that the intention is to shame, degrade, or harass based on membership (or perceived membership) in a protected category, we will action under our Hateful Conduct policies."

Apple has yet to respond to PAPER's request for comment. We'll update this story as we learn more. In the meantime though, as many have pointed out, maybe it's best to leave the use of the glitch to the gay community.