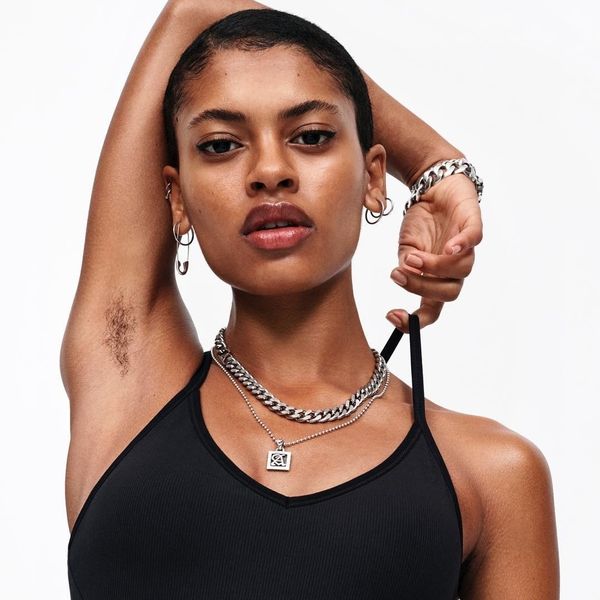 In keeping with the grand universal tradition of shaming women for their bodies and its natural functions, a Nike campaign has been labeled "disgusting" by some for featuring a woman showing off her armpit hair.

The woman in question is Nigerian-American singer Annahstasia, and appears with her hand stretched across her head while exposing a small patch of underarm hair. The image, posted on Instagram, is captioned "Big Mood" and has been flooded with degrading comments. "She needs a shave," one user said.

Another added: "That's disgusting. Like please don't get me wrong, I'm delighted this woman is brave enough to go around like that but that's horrible. It's not cute. Stop this feminist bullshit saying this shit is ok. Its not, it's wrong. There are some things that women could do but just really fucking shouldn't cause it looks rotten and disgusting and this is one of them, I get that it's natural but it's not cool."

Then there were those who thought it was "shallow" to endorse women with armpit hair: "You are extremely shallow! How is not shaving your armpits a freedom?" someone said. "Freedom has to do with education / work / live (sic) your life without fear...this here is not freedom. It's a woman being dirty, a woman that I would never be inspired by her...stop mixing freedom with being dirty, part of being a woman is to take care of yourself, I hate this and I am shocked with everyone complimenting this stupid post."

Among the sea of negative comments, however, a few voices of reason called out the blatant hypocrisy: "I'm so embarrassed at the fact that most of the negative comments I see are from other women, if it's your personal choice to shave that's okay, if you don't want to shave that's okay, " a commentator said. "Stop fucking shaming others, this doesn't make anyone disgusting or less of a woman because you are hairy. I saw many people say to stop trying to make this a 'thing;' that's not the point. The point is having a choice and how it isn't a bad thing if you choose not the shave."

Despite armpit hair becoming more ubiquitous and with celebrities like Gigi Hadid, Cara Delevingne, and Amandla Stenberg embracing the look, women continue to be policed and conditioned into rejecting their own natural selves — a deep contrast from the way men live.