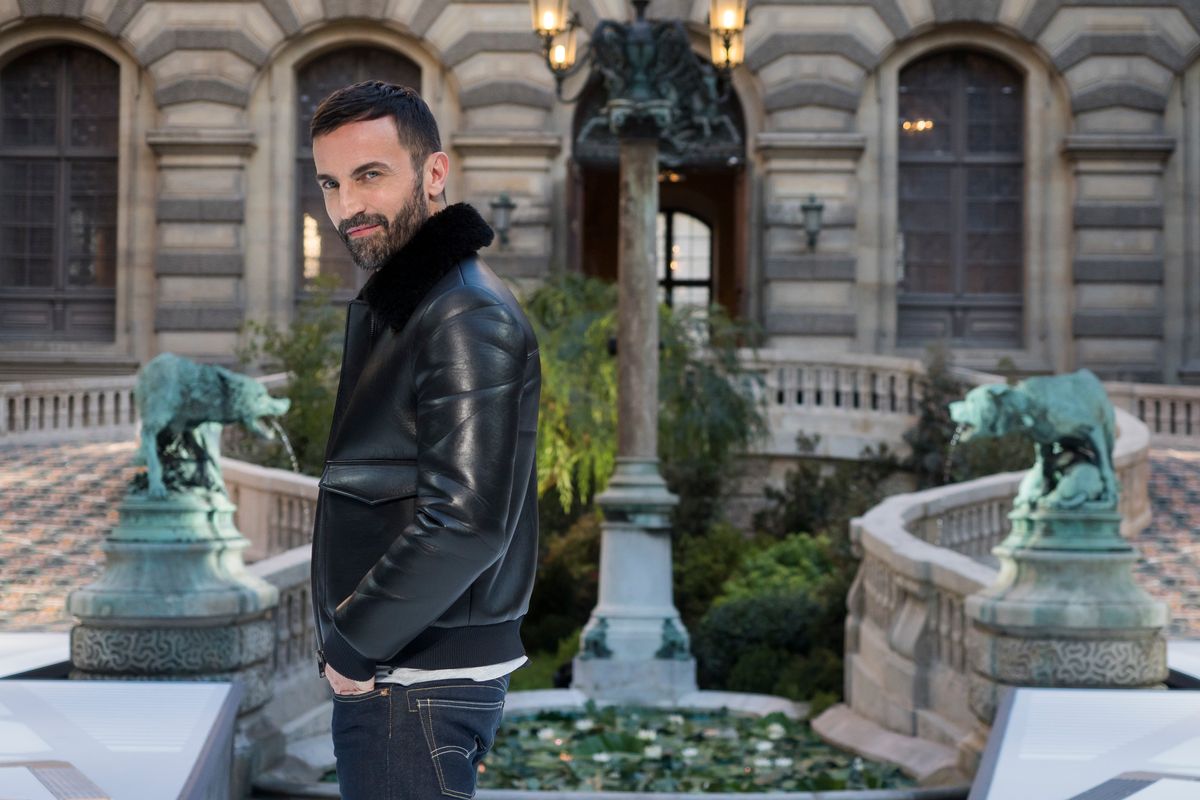 Back in 2016, Louis Vuitton's artistic director of womenswear Nicolas Ghesquière hinted at the launch of a namesake label on French news and entertainment show Le Petit Journal. Since then, rumors of the beloved designer's solo debut have resurfaced ever so often. Last night at The Metropolitan Museum of Art in Manhattan Ghesquière teased the idea again in a discussion with former Vogue editor Grace Coddington and CNN's fashion correspondent Alina Cho.

As WWD reports, the 47-year-old former creative director of Balenciaga declined to specify a date for the launch of his namesake collection saying that he has "many more things to say at Vuitton." (He recently renewed his contract with LVMH, adding five more years to his tenure at the label). "That means also I have more possibilities, absolutely," he added. "And one of these possibilities is to create my own name. So stay tuned."