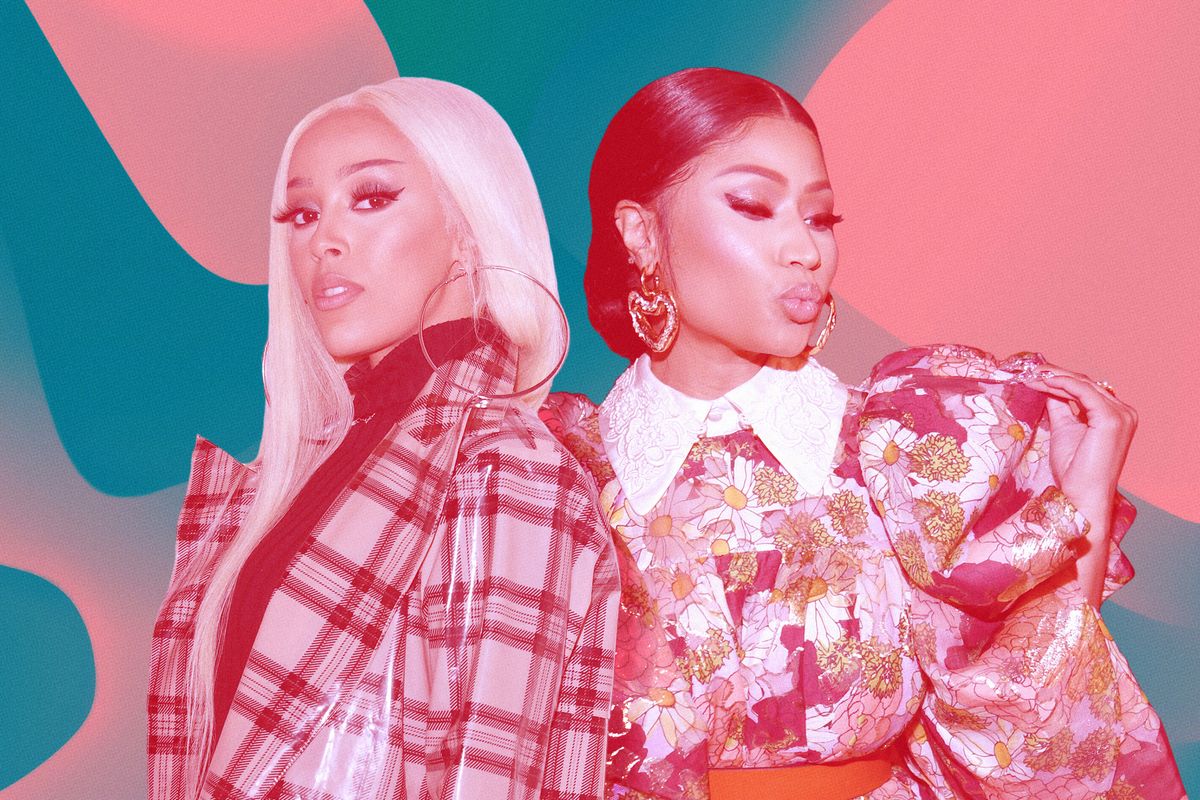 When the rollout for the remix of Doja Cat's "Say So" remix featuring Nicki Minaj started out rocky last week, fans got a bit worried about the quality of the revamped track leading up to its release. Nicki went on socials to explain to fans that on some DSPs they would hear an earlier demo of the final track, but that the issue would be corrected swiftly. Upon hearing the leaked version, Barbz started advocating for its official release — and Barbz always get what they want.

The older version of the remix sticks with the theme of the track as a whole: light, bubbly and disco-inspired. Although that doesn't necessarily make this remix track better, some Barbz weren't happy with the beat switch-up from the official release. Doja never leaves her fans wanting more, though, so naturally the older version promptly showed up on streaming platforms today, a week after the remix dropped.

Obvious highlights from the new release are Nicki's tongue-in-cheek references to quarantining during the outbreak of COVID-19 around the world. "Ain't talkin' medicine, but I made him more a fiend/ Ever since I put the cookie on quarantine," she raps to the bubbly pop beat, making sure to add an unforgettable jab at the end, "Social distance, I'ma need my space."

Related | Stream Doja and Nicki's 'Say So' Remix, I Know You're Not Busy

Fans of Doja and Nicki alike are taking to Twitter to battle it out over their remix preference, but all that matters is that they're streaming and helping it climb to number one on the Billboard Hot 100. Many users have already pointed out just how well positioned "Say So" is to take the top spot, noting that both versions of the remix are occupying top spots on the US iTunes charts.