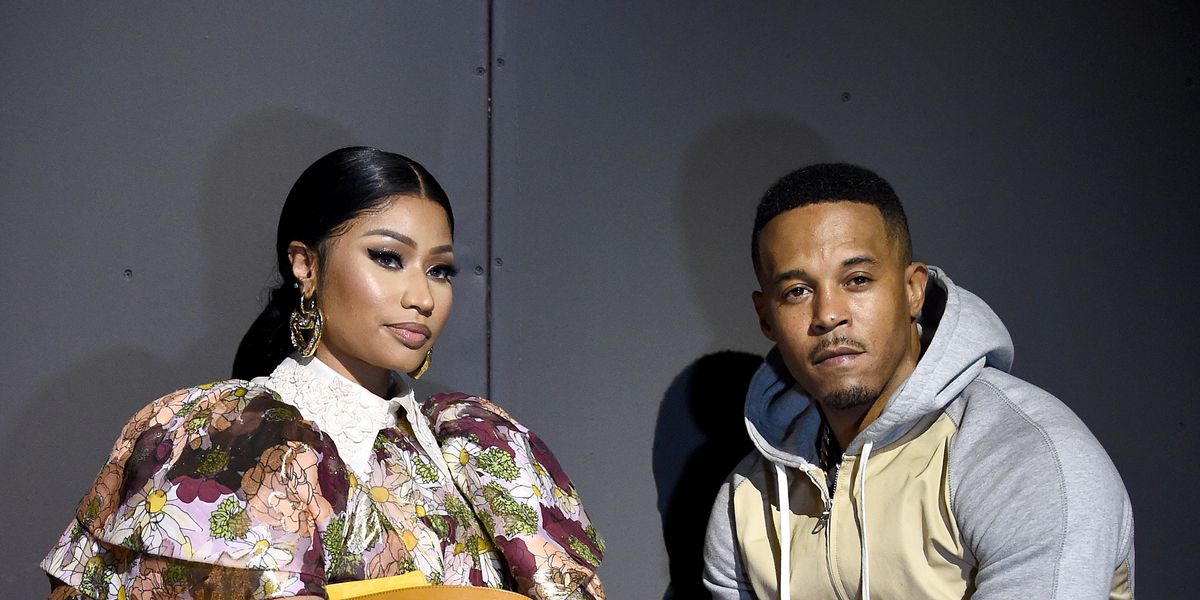 Nicki Minaj and Her Husband Sued by His Attempted Rape Victim

Nicki Minaj and her husband, Kenneth Petty, are being sued by his attempted rape victim.

On Friday, the New York Times reported that Jennifer Hough filed a complaint accusing the couple of harassment, witness intimidation and intentional infliction of emotional distress in the U.S. District Court for the Eastern District of New York. In the current lawsuit, Hough is also reportedly suing Petty for sexual assault and battery in connection to the original 1995 case. She is seeking unspecified damages.

According to the lawsuit, Hough and her family had received an "onslaught of harassing calls and unsolicited visits" last year after she rejected an alleged $20,000 bribe to recant her accusation from a supposed associate of Minaj.

The documents also allege that Minaj's people went on to offer her brother $500,000 and continued to send lawyers to her home, which led her to move out of her house. She also claimed that she hasn't worked since May 2020 because of severe depression, constant moving, paranoia, harassment and threats from Minaj and Petty. Per Hough, the alleged intimidation and harassment occurred after Petty was arrested by U.S. Marshals for not registering as a sex offender in California as required by the Sex Offender Registration and Notification Act.

In April 1995, Petty was convicted of attempted first-degree rape and classified as a Level 2 sex offender. The lawsuit stated that the incident happened on September 16, 1994 when both she and Petty — who was an acquaintance — were 16-years-old. The filing said Hough was on her way to school when Petty held a knife to her back and forced her into a nearby house, where she said he raped her. Petty was arrested later that day and was subsequently charged with first-degree rape. He reportedly went on to plead guilty to attempted rape and served four-and-a-half years in prison, per inmate records obtained by the Times.

Hough claimed that the harassment began in 2018, around the time the couple — who were married in 2019 — started dating. She said Minaj started to make public statements about how Petty was "wrongfully accused" and that Hough had rescinded her accusations.

Representatives for Minaj have yet to respond to the suit. Petty's lawyer has declined to comment.